How ‘Stevie Wonder’s Original Musiquarium I’ Swept the Charts 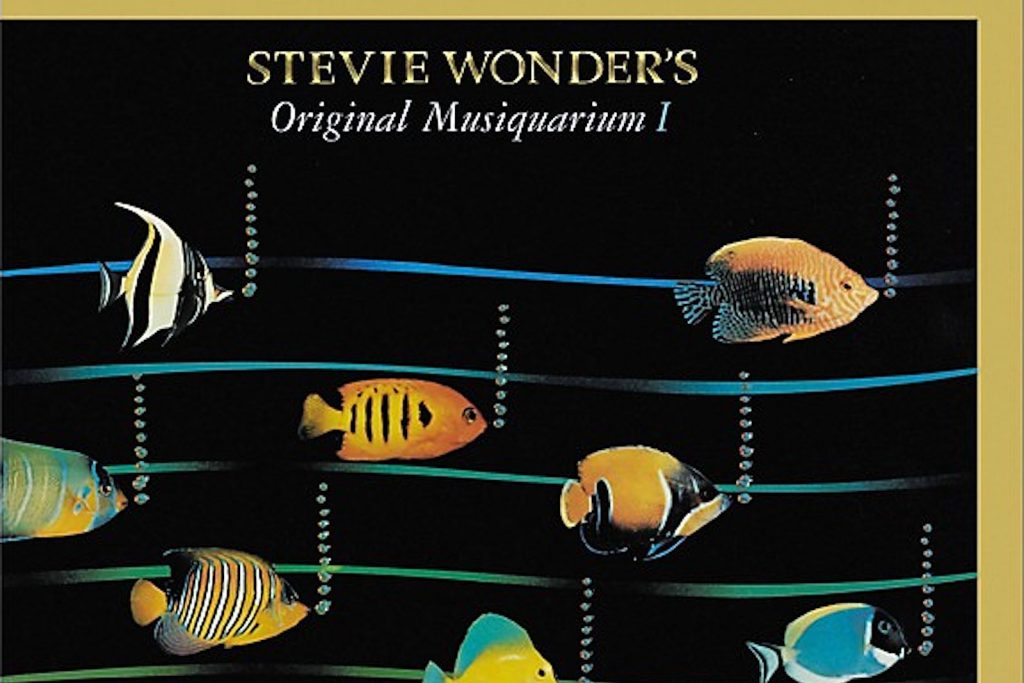 Few artists have ever been on a roll like Stevie Wonder was from 1972-80, the era chronicled on Stevie Wonder’s Original Musiquarium I.

During that time, the Motown prodigy released seven studio albums, all Top 10 on the Billboard R&B chart and six Top 5 on the Billboard 200. Three — 1973’s Innervisions, 1974’s Fulfillingness’ First Finale and 1976’s Songs in the Key of Life — won consecutive Grammy Awards for Album of the Year, among the 12 trophies Wonder took home during the run. He also notched 10 Top 10 singles, hitting No. 1 on the Billboard Hot 100 with “Superstition,” “You Are the Sunshine of My Life,” “You Haven’t Done Nothin’,” “I Wish” and “Sir Duke.”

Original Musiquarium I – released on May 4, 1982, there has yet to be a II – expertly surveys the period, at least for an era before CDs and their expanded running length, and before box sets were commonplace. Label veterans say that Motown’s President Jay Lasker wanted some new Wonder product to help the company counter the recent departures of Diana Ross and Marvin Gaye, offering him a $2 million bonus (he countered at $3 million) and acquiescing to Wonder’s desire to put four new songs on the compilation, one on each side. New and unreleased material on hits sets was not yet commonplace in 1982, and Wonder gave fans nearly two-thirds of an album to digest amid the classics — more than 27 minutes’ worth, longer than the normal vinyl album side.

And these songs weren’t mere throwaways or leftovers either. Two — “That Girl” and “Do I Do” — were Top 15 hits and received Grammy Award nominations. The whole exercise provided a kind of wake-up call to the industry about how best-of sets could be used to launch more hits — and, therefore, give fans incentive to buy music they already had.

Listen to Stevie Wonder’s ‘That Girl’

“There are many songs that I write, many songs that could have gone on, say, Innervisions or Talking Book, which are in the can, and I had to make a decision about those songs,” Wonder said in a statement announcing Original Musiquarium I. “I’ve never done an album consisting of all the songs I’ve done over the last two years, a kind of review, so I decided it was best to do that now.”

Each of Musiquarium‘s new tracks had an intriguing story. “That Girl” — which was also No. 1 on the Cash Box Top 100 — spent nine weeks at No. 1 on the Billboard R&B singles chart, the longest run there in Wonder’s career. The single preceded Musiquarium‘s release by six months and was a one-man-band recording, with Wonder playing all the instruments. It went on to be sampled in rap songs by 2Pac (“So Many Tears”), Queen Latifah (“Let Her Live”) and 50 Cent (“That Girl”). “Front Line” is the “deep cut” of the four, a gritty rock track (guitar by Benjamin Bridges) about a Vietnam vet who lost his leg in the war and comes back to face hardships at home.

“Ribbon in the Sky” and “Do I Do,” meanwhile, became Wonder staples after Musiquarium‘s release. The former was a No. 10 R&B hit in the U.S. and was named one of the 25 Best Slow Jams of All Time by Essence magazine. It’s been covered by Diana Ross, Dennis Brown, Boyz II Men and others; it was sampled by Will Smith; and Wonder sang it at Whitney Houston‘s funeral on Feb. 18, 2012. “Do I Do” is one of Wonder’s most ambitious tracks; the 10-and-a-half-minute album version features a trumpet solo by Dizzy Gillespie, a rap by Wonder and an all-time great bass line by Nathan Watts. The song was nominated for three Grammy Awards and sampled for Ja Rule’s “Livin’ It Up.”

Listen to Stevie Wonder’s ‘Do I Do’

Original Musiquarium I capped an era for Wonder in more ways than one. Also during the spring of 1982, he re-upped with Motown, reportedly for a then-record $1.6 million per-album advance.

At an April 13 press conference announcing the deal, label founder Berry Gordy said, “Stevie realizes that money is only a part of what makes one’s life. There are also relationships, loyalty, a lot of things. There is part of the human being that says, ‘I’m not for sale for money only.'”

Was there a better run of albums in the ’70s than Stevie Wonder’s string of classics?