How Stones Backing Singer Got Caught in Jagger and Richards War 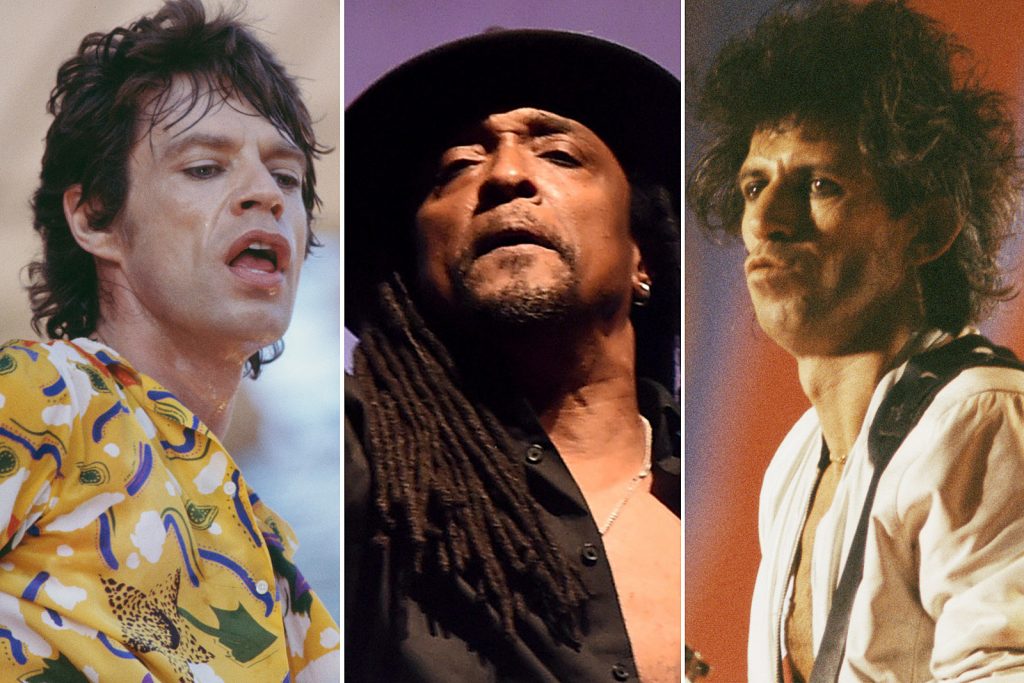 Fowler worked on Jagger’s 1985 solo album She’s the Boss, then became part of the frontman’s solo band for a 1987 tour. When the Stones reconvened to record Steel Wheels, Jagger brought Fowler in once again. At that time the disagreements between Jagger and Richards, sometimes referred to as “World War III,” remained an issue.

In a recent interview with Rolling Stone, Fowler said he’d perhaps become a victim of being thought of as “Mick’s guy.”

“I had never met any of [the others], and then they walked into the studio one by one,” Fowler recalled. “Mick and were I throwing some ideas down for a song. I go into the studio and I started singing, but it didn’t feel right to me. I remember saying, ‘Stop, stop. Stop the tape.’ Mick was like, ‘What’s up? It’s going good.’ I said, ‘Mick, I’m happy to do this for you. But if I do this, it’s going to sound like me. Maybe you and some of the guys can come in and sing with me.’ Radio silence. I guess they were talking about it. But then Ronnie [Wood] and Keith came in.”

Fowler gave the duo vocal parts to perform, then they went to listen to the playback. “I’m standing there and I look to my left and Keith is staring at me,” he continued. “It didn’t feel good. It’s the first time I met him. Yes, I’m intimidated. That’s fuckin’ Keith Richards. He’s a bad man. … I’m thinking to myself, ‘Oh, shit. Here we go. What the fuck is going to happen?'”

Deciding he had to say something, Fowler asked Richards, “Hey, man, is something wrong?” The guitarist claimed nothing was wrong, but Fowler persisted. “I go, ‘But you’re staring at me, man. Why do you keep staring at me?’ … And then he goes, first thing he ever said to me, ‘I didn’t want to like you.’ I’m like, ‘Oh, fuck.’ I knew they had been fighting. Everybody knew.”

That’s where Jordan — already part of the Stones entourage long before taking over drums following Charlie Watts‘ death last year — made a difference. “I said, ‘Why, man? I’m cool,'” Fowler said. “[Richards] goes, ‘I know you’re cool. I spoke to Steve Jordan.’ God bless Steve Jordan! ‘I spoke to Steve Jordan and he told me you were cool.’ And Keith and I have been tight ever since.”

Asked if Richards had decided he was “Mick’s guy,” Fowler replied, “That’s where it was going. I think he saw me not trying to take that space and make it Bernard’s world when I did that song. I think he caught that I did something unselfish. He’s sharp. He don’t miss shit. He don’t miss nothin’.”

Fowler admitted there had been some concern with Jagger too, as the expanded lineup had to work out how to fit backing singers into a tour for the first time ever. “Believe me, if it didn’t feel good, Mick would give us the eye,” he recalled. “If he didn’t say it, all you had to do was look at his face. It said, ‘Uh-uh. Oops. Let’s go back and rethink that.’ … For me, it was about listening to the records, listening to where Jagger’s voice is doubled on the record. That’s where I need to be. When that happens, I need to be there. … Those things were important to me to help beef up that sound.”