How the Black Crowes’ Robinson Brothers Ended Their Family Feud 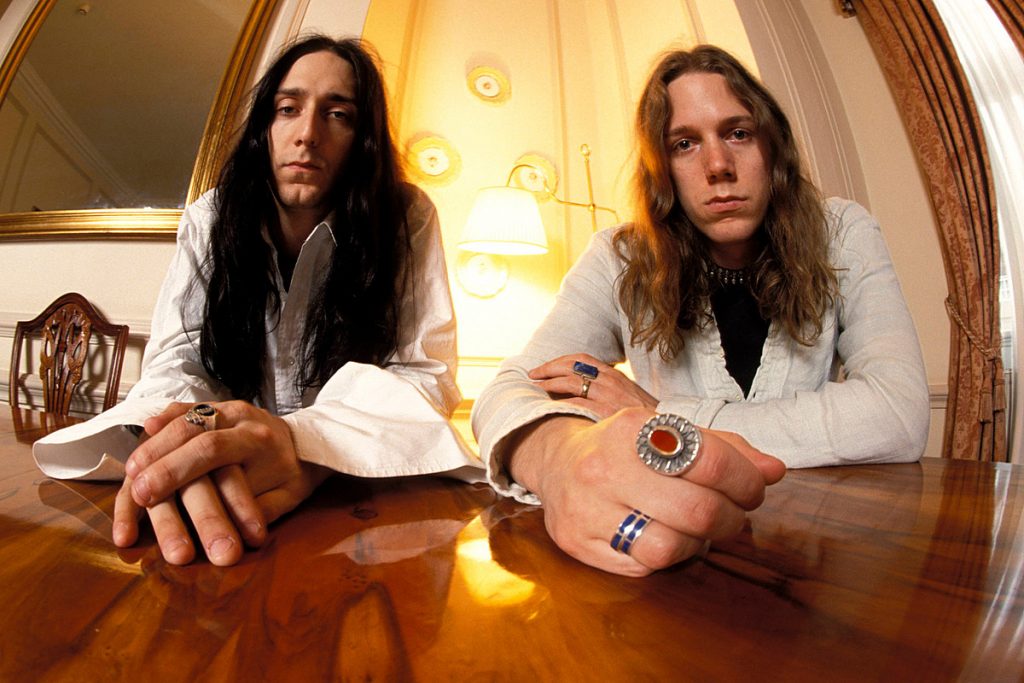 Before they could agree to reunite the Black Crowes for their first tour in over six years, brothers Chris and Rich Robinson needed to mend some family fences.

When the band broke up in early 2015, singer Chris made several disparaging comments about his guitarist brother, including declaring that the duo “never really had much of a relationship.”

After spending half a decade apart, with Chris focusing on the Chris Robinson Brotherhood and Rich forming both a solo band and the Magpie Salute, the brothers began separately began reaching out to a mutual friend about the others’ interest in a reunion.

“We have a friend that is in between us, and does it well, his name’s Greg,” Rich recalled. “We called Greg, we both did, at different times, but right around the same time. I was going out playing songs in my new band — playing Crowes songs — because a lot of the guys from the Crowes are in the band. And no matter what it is, there’s that half of me that was missing. It’s almost like the more I delved into that, the more it was obvious; here was a glaring omission, which was my brother. Plus, for six or seven years, things happen (in life), you go through things, you go, ‘I wish I could talk to Chris about this, but I can’t.’ I called (Greg) and I just said, ‘it would be really cool if Chris was here,’ and he said, ‘You know what, he just called me and he said the same thing.'”

Now that they are reunited, with a massive tour celebrating the 30th anniversary of their debut album set for the summer of 2020, Chris said the brothers have a better understanding of how well they work together, and how much they need each other.

“The music is good, but life still comes and it hurts, and there’s still loss and there’s still joy, you know all the good stuff. We were just in a place (prior to the 2015 breakup) of you know, ‘Keep it going, make the money,’ because everyone’s making money off of what Rich and I were doing. To be honest, Rich and I are complete opposites. I’m Sagittarius, he’s a Gemini. He’s far more grounded. My dyslexic self, I’m always off the ground a little bit, and I know that I know my limitations. We didn’t have any wherewithal to stop and (evaluate), me and him. I don’t ever want it to sound negative. How can I look with any resentment towards the experience that we’ve had?”