How the Blues Brothers’ ‘Soundtrack’ Shared a Newfound Spotlight 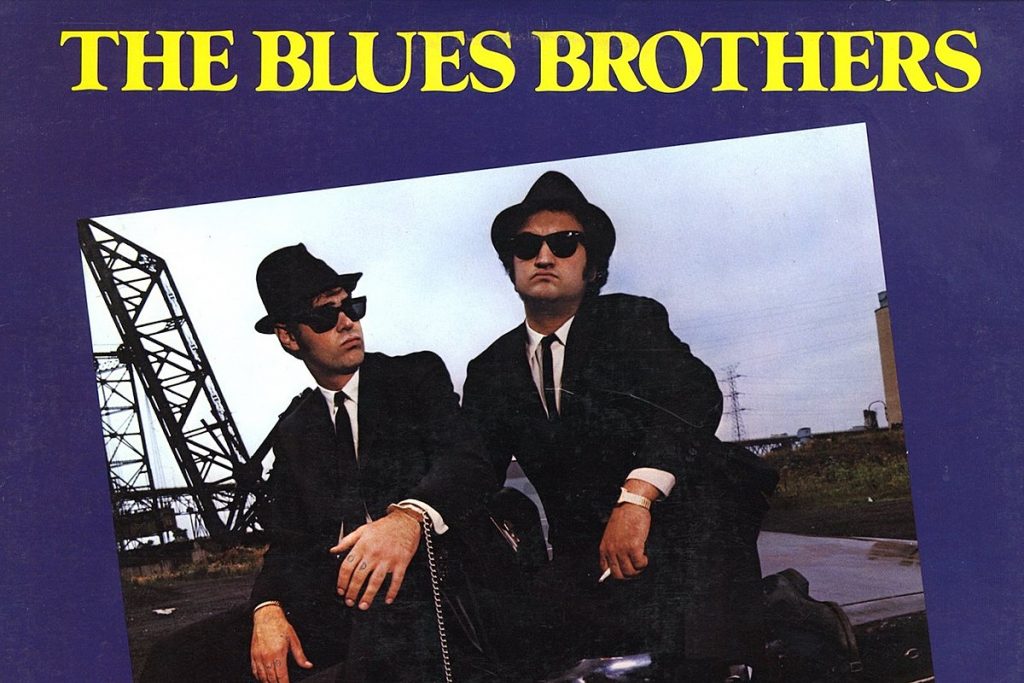 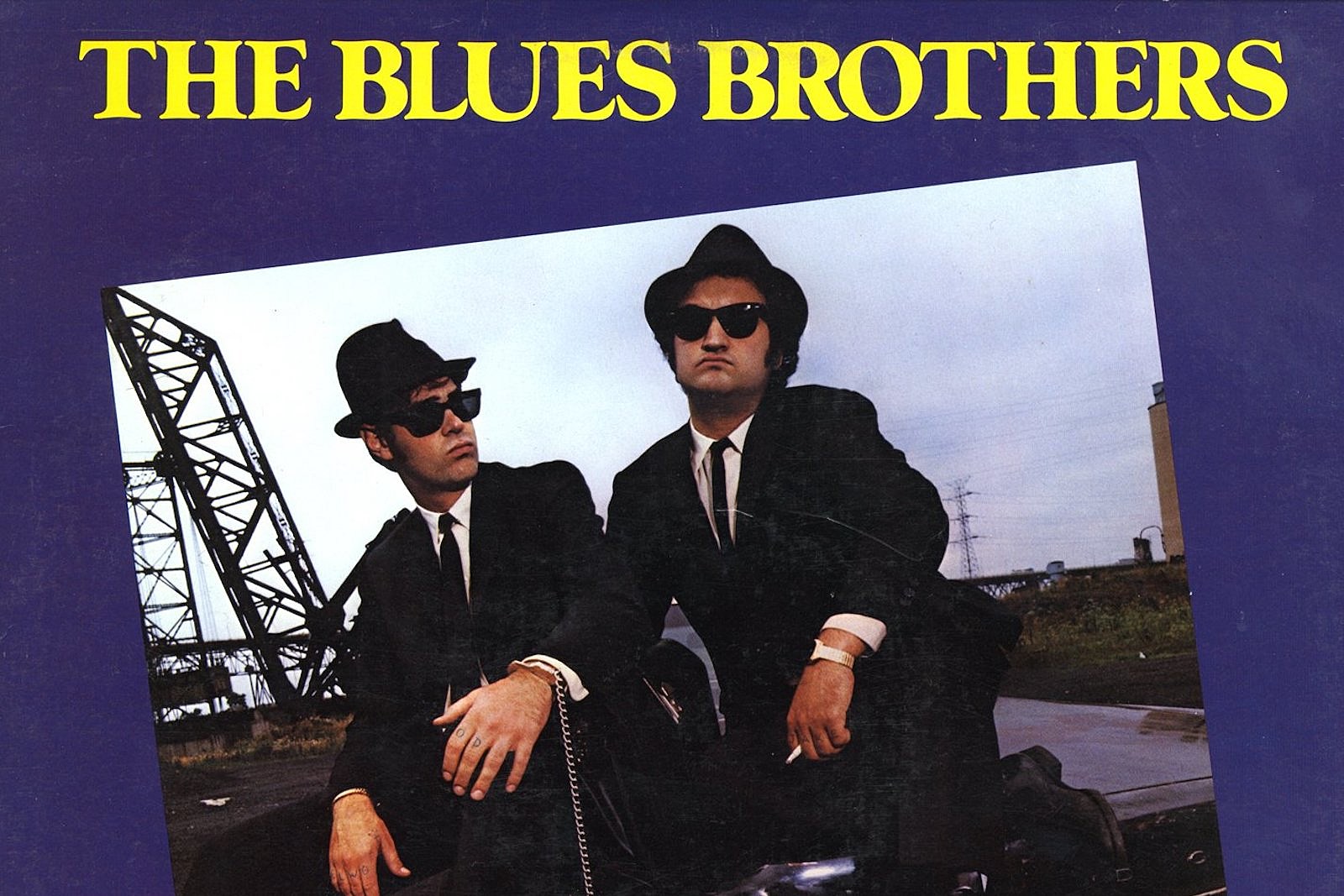 After the Blues Brothers‘ smash 1978 debut Briefcase Full of Blues, the only question was how big the follow-up album would be.

Answer: Very big. Coupled with a major motion-picture tie in, the platinum-selling Blues Brothers: Original Soundtrack Recording produced a second Top 20 Billboard hit with their cover of “Gimme Some Lovin,'” then a huge tour which led to still another well-received live album.

Dan Aykroyd found himself stunned almost into silence. Comedians by trade, he and John Belushi originally developed the Blues Brothers persona as nothing more than a skit on Saturday Night Live. Suddenly, they had created a sunglasses-wearing cottage industry.

“We were just two kids thrilled to play the music we loved with some of the best musicians,” Aykroyd told the Patriot Ledger in 2009. “But looking back, we had thought of the concept and then taking it to a record, and then going out on tour, but never anticipated it going so far.”

It helped that they returned with the tough backing group assembled for the first project, including Steve Cropper and Donald “Duck” Dunn from Booker T. and the MGs, and Matt “Guitar” Murphy, a former Howlin’ Wolf sideman, among others.

Along the way, they did more than sell theater tickets and concert passes: The Blues Brothers briefly shifted the culture. Arriving hard on the heels of an energetic recasting of “Soul Man,” which reached the Top 20 in 1979, the Original Soundtrack Recording returned old-school R&B and the blues to unexpected relevance.

“We released the record at a time in American music when there was a desert, a lull, a void,” Aykroyd told Blues Blast in 2014. “You had disco dying and you had punk and new wave being born.”

Listen to the Blues Brothers Perform ‘Gimme Some Lovin”

“When I tell you he didn’t know anything, I mean it,” Salgado recalled in 2012. “He came to Eugene, Ore., during the filming of Animal House — which Robert Cray was also in. I started bringing him records. Universal Studios had put him up in a home, there in Eugene. He called me up like two days later, and we started listening to all of this old music.”

A first inkling of the Blues Brothers was being born. “He had this pile of my records — probably a foot and half tall. I’m at one end of the table, and he’s at the other, with these LPs in the middle. He goes: ‘What can I do for you?’ I didn’t have any kind of smarts. I should have said: ‘I would like five percent.’ Later on, he offered it to me again. I just said: ‘I want you to give credit where credit is due, name these people — tell everybody who they are. Make sure you credit them.'”

Then, they had to build the band. More happenstance was involved: A Levon Helm concert so impressed Belushi that he eventually swiped several members to form the basis of the Blues Brothers, including “Blue” Lou Marini and Tom “Bones” Malone, as well as Alan Rubin, a Juilliard-trained trumpeter.

“That band, including the Saturday Night Live horns, had recorded and done two world tours with Levon Helm and the band called the RCO All Stars,” Cropper told Michael Berry in 2013. “We were playing New Year’s Eve at the Palladium, and John Belushi happened to be there. And what sparked in his head, as best I can tell, was: ‘If I go on the road, that’s the band I want.'”

They provided more than the nucleus of the blockbuster Blues Brothers-related album, film and concert enterprise: They gave these neophyte blues enthusiasts some serious cache.

Aykroyd called Malone, Marini and Alan “the greatest horn section on the planet – just incredible,” in the interview with Blues Blast. “You walk in the door with some really incredible players like that and that gives you instant credibility.”

At the same time, The Blues Brothers: Original Soundtrack Recording afforded songwriters like Solomon Burke (“Everybody Needs Somebody to Love”), the late Robert Johnson (“Sweet Home Chicago”) and Taj Mahal (“She Caught the Katy”) another welcome shot at broader mainstream notice.

The exception that proved the grease-popping R&B rule on Original Soundtrack Recording was an unlikely take on “Theme from Rawhide,” taken directly from one of the movie’s most hilarious scenes.

The Blues Brothers arrive at a backwoods dive where the barkeep promptly informs everyone that they usually play host to bands who play both kinds of music — “country and western.” Luckily, Bob’s Country Bunker had protective chicken wire stretched across the front of the stage. As the Blues Brothers open with “Gimme Some Lovin,'” the hard-drinking crowd becomes decidedly unruly.

Then the honky tonk’s manager rails: “That ain’t no Hank Williams song!,” and turns the stage lights out. The Blues Brothers are forced to play the only country song they know — the theme from Rawhide. Soon, the empties are flying again, but this time in appreciation.

Turns out, two very famous people were hurling those empty Budweisers: Willie Nelson and Sissy Spacek were nearby at work on another 1980 film classic, Coal Miner’s Daughter. “They came over to see what the Blues Brothers were up to,” Cropper later recalled, confirming their presence with the Star-Tribune. Director “John Landis handed them a couple of bottles of beer, and says: ‘Throw ’em at the guys,'” he adds, with a laugh. “So, they did.”

As with their debut, royalty participation was shared with everyone (or their respective estates), even though that went against the wishes of the Blues Brothers’ label: Atlantic originally suggested that Belushi and Aykroyd contact artists with an offer of 50 percent of the publishing. They also wanted a more contemporary act like Rose Royce, instead of Aretha.

Again, Aykroyd and Belushi held firm. The film, and The Blues Brothers: Original Soundtrack Recording, was better for it.

“I think you can see in the movie how passionate, really passionate John and Danny were about the music,” Landis told the Seattle Times in 2005. “It’s a unique situation where you have two guys who are exploiting their own celebrity of the moment to focus a spotlight on these great acts.”