How the Cure Got Their ‘Wish,’ Then Immediately Regretted It 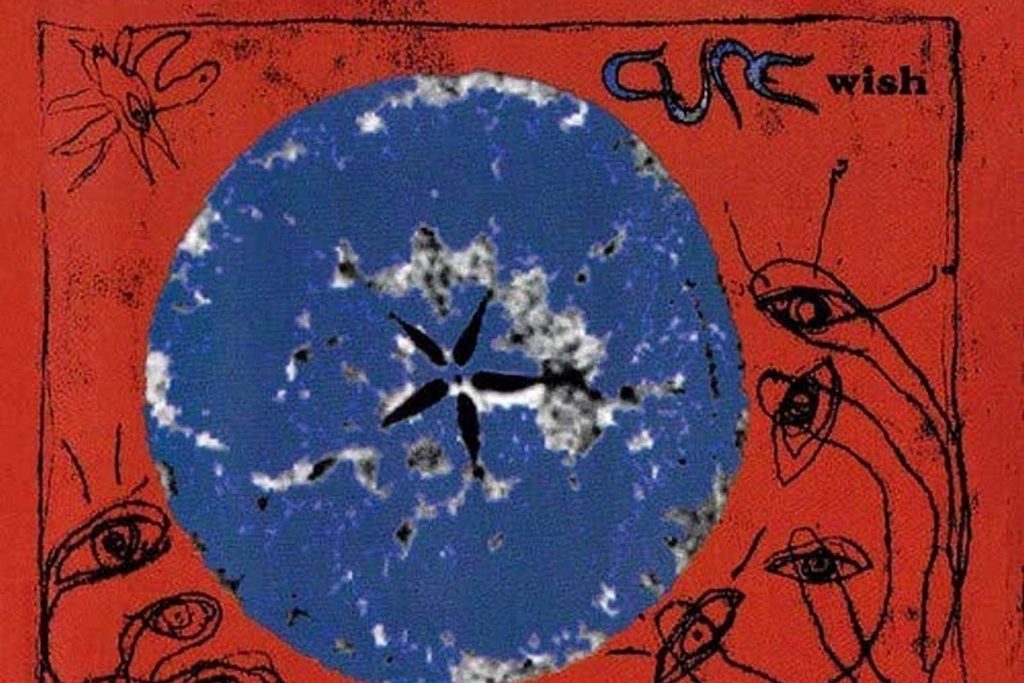 The more bittersweet Wish delved into common Cure themes of regret and loss, just as 1989’s thunderously melancholy Disintegration had. But this time, Robert Smith made room for glimmers of optimism.

It paid off: A goofy pop sunburst called “Friday I’m in Love” soared to their second-highest U.K. single chart placement, as the Cure became famous beyond their wildest dreams.

Of course, Wish boasted its elegies (“Apart,” “End”) and its paranoid ruminations on love (“From the Edge of the Deep Green Sea”) – but also determined affirmations (“High,” “Trust”) and a song that could genuinely be described as jaunty (“Doing the Unstuck”). This blend of alienation and the offbeat joy helped the album open at a startling No. 2 on the Billboard chart, just behind Def Leppard‘s Adrenalize.

This was the goal – at least, at first.

“I was ticked off that it wasn’t No. 1,” Smith said at an early news conference on the Wish tour, to raucous laughter. “And that’s my method of saying I despise Def Leppard and everything they’ve ever done. I can’t believe how popular Def Leppard are. It sickens me to see them all sitting there in Union Jacks, and yet [singer Joe Elliott] adopts that horrible, fake, rock-American accent.”

Just being mentioned among that company meant the Cure had secured a new place in the musical firmament. Once governed by post-punk gloom, they’d been remade into pop stars – kinda sulky pop stars, but pop stars all the same. Smith still sported the required shock of jet-black hair and ruby-red lipstick but, by this point, he’d purchased his first home and gotten married. He suddenly seemed almost, well, happy.

“There’s a voice that’s still in me, but it’s been quieted,” Smith told The Washington Post in 1992. “I’m not really that much happier than I ever was, but I was never as miserable as everybody thought I was.”

Released on April 21, 1992, Wish started much differently. The songs, Smith admitted, “were moody and slow, and I thought it would be pretty dull, really, to bring out a Cure album that was going to reinforce the myth of us being doom and gloom.”

He’d been fighting that perception, in particular with the English music press, for some time. “They still said we’re ‘quintessentially a goth band,’ to quote NME,” Smith told Detour in 1996. “Wish was dismissed out of hand as just another Cure album, and it wasn’t at all.”

Listen to the Cure’s ‘High’

As the sessions continued, songs like “Friday I’m in Love” were transformed. “Originally it was at half the speed – very downbeat,” Smith told the Post. Bassist Simon Gallup then caught a groove and “started playing it faster and faster until we hit a tempo that felt comfortable, and suddenly I realized it was a pop song,” Smith added.

The problem? “I didn’t have any sort of up words for it, because I’ve never been motivated to write songs when I’m happy,” Smith admitted. “Yet when we were in the studio, the others were going, ‘If you want this on the record, Robert, you’ve got to write some happy words to it.'”

Inspiration came – when else? – as the weekend approached.

“We all still feel that sense that Friday is a different day.” Smith told the Post, “and when you get to Friday night you’re determined to enjoy yourself at all costs. So, I wrote the whole thing in five minutes. When I came back in the control room, the others were genuinely surprised at how happy it was: They thought I was going to sing something a bit morose over it, and they were waiting for the twist.”

This overt turn toward the mainstream, perhaps inevitably, brought fame – but fame had its price. After a series of huge albums and tours, the Cure suddenly came undone. They began losing members over an extended hiatus that followed Wish.

At one point, the lineup was down to only Smith and Perry Bamonte. Then they brought in a series of guest musicians for their next project, the head-scratchingly experimental Wild Mood Swings.

Turns out “End” – with the key lyric “please stop loving me; please stop loving me, I am none of these things” – wasn’t about some failed relationship. Instead, it was inspired by Smith’s growing ambivalence during the Cure’s most recent globe-trotting tour in support of Disintegration.

Smith had to admit that he was no longer interested in the pop stardom he had once so deeply craved. “Because I couldn’t take the attention anymore. It wasn’t us; it wasn’t me,” he told The Word in 2012. “There’s a price to be paid for being [a huge pop band like] U2, and it’s not a price I want to pay.”

Wish was their third consecutive, and final, platinum seller in the U.S. To date, the Cure never had another U.K. Top 10 single and never reached the Billboard Top 40 again.