How Timothy B. Schmit Crafted His New Solo Album ‘Day by Day’ 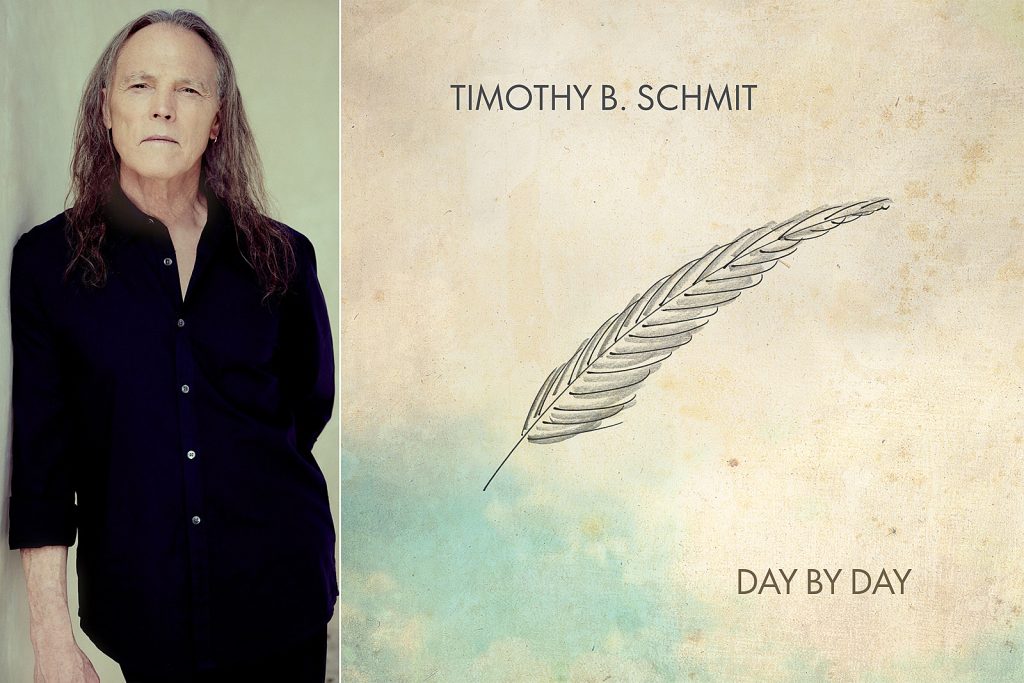 Timothy B. Schmit worked on his six previous solo albums “whenever I could get time in-between Eagles touring, a few days here and there or some months off. I tried to get as much as possible done and then put it in my hip pocket and wait ’til I could get back.”

But the pandemic – which put Eagles, like everybody else, off the road for a year and a half – gave Schmit plenty of concentrated time to work on Day by Day, a new solo album that will be released on May 6. He’s preceding it with the just-released single “Simple Man,” as well as a video for the track.

“Three albums ago, with the [2009] Expando album, I just decided to take my time, because I knew it would take some time to write everything and do [the album myself],” Schmit tells UCR. “And that’s how I started this album. I would say close to half of this record was done during the COVID lockdown, ’cause I didn’t have anything else to do. So I was happy to just come to work and pound away, and it turned out to be a fairly prolific time.”

Day by Day features a dozen tracks, with at least one other Schmit says he didn’t have room for on the album, and a few others that haven’t made the grade quite yet. Announced with the Eagles back on the road for the latest leg of their Hotel California tour, this is Schmit’s first solo album since Leap of Faith in 2016 and ranges from the rich harmonics of “Simple Man” to the rocking “Mr. X.”

Elsewhere, the Band-like Americana of “Grinding Stone,” the Caribbean flavor of “I Come Alive” and the rich orchestrations of “Taste Like Candy” boast further sonic ventures. Song inspirations, Schmit says, came from all over, from gazing out the studio’s sliding doors at nearby meadows and mountains, to what he confesses are – unapologetically – “silly love songs” to Jean, his wife of more than 40 years. “Honestly, I don’t have a clue as to how I do this. I just sit down and I see what happens,” Schmit explains. “But after I get that clue, after I get an idea, then I really roll up my sleeves. But it’s a bit of a search sometimes.”

“What I like to do is go, ‘I need this or that in this section. Who would be the best?'” Schmit explains. “Then, if I come up with somebody, I’ll see if they want to do it. What’s the worst that can happen? I knew I definitely wanted a hardcore blues player for ‘Tastes Like Candy,’ and Kenny Wayne is a neighbor, and he’s played on my records before. He came in and did exactly what I wanted. And Jackson and John Fogerty, I didn’t want the vocals to be highly polished. I didn’t want to double them or anything, and I wanted distinct voices. And they both agreed to do it, so I was pretty thrilled about that.”

“Simple Man,” meanwhile, is one of a couple of Day by Day tracks that feature former Beach Boys touring members Matt Jardine (Al’s son) and Chris Farmer. “When I got the first verse through chorus done, I thought immediately that this could’ve been a Crosby, Stills & Nash song in another time,” Schmit recalls. “So I thought, ‘Well, why don’t I just treat it that way?’ And I started to have three [vocal] parts through the entire song. There was another time in my life where I probably would’ve done all the parts, but I brought in these two great singers and we spent two entire days getting it right, and it came out like I wanted it to.”

Schmit says he’d like to play some solo shows to promote Day by Day, but he has this “other band” that “demands a lot of attention.” Playing Hotel California in its entirety, with an orchestra and choir, has been “a real treat,” according to Schmit, who’s been part of Eagles since 1977. “We set out to make it special and to be as grand as possible. What makes it great is the audience reaction. They’re gobbling it up. So, yeah, I’m really enjoying it.” He remains “amazed” at Eagles’ potent drawing power in arenas, but Schmit is confident he’s more likely to release his next album before we’ll see anything new from the band.

“I could be wrong, but I just don’t see it,” he says. “Our last album, which was [2007’s] Long Road Out of Eden, when we went touring with that for a couple of years, all over the place, we had seven of those songs in our set, and not one of them is there anymore. It’s mainly because people aren’t as interested. I’m sure a lot of people would like to hear some new music, but people mainly want to hear ‘One of These Nights’ and ‘New Kid in Town.’ They just do, and that’s what we give ’em. They’re songs that will outlast us.”