How Tom Petty Embraced the Future With ‘You Got Lucky’ 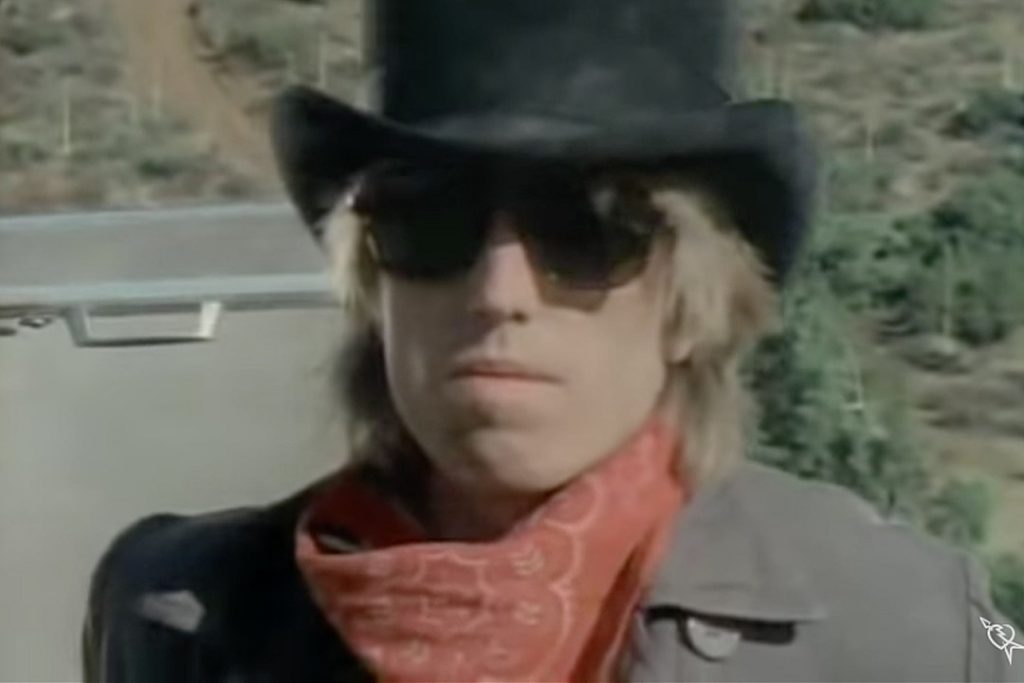 Tom Petty‘s approach to songwriting was simple: Stay humble and write what you love.

“I don’t think that I can sit down and pick out, ‘OK, another classic,’ you know, or ‘Everything I write is an epic,'” he said in a January 1983 interview, less than three months after the release of his fifth album with the Heartbreakers, Long After Dark. “I hate that attitude.”

The way Petty saw it, there was a middle ground between tradition and transformation – a way to write honest songs that would stand the test of time no matter when they were written. “I wanna be free enough to write ‘Tutti Frutti,’ to write that because I like that,” he said. “I like those old cheap rock songs. I really do, as much as I like ‘Born to Run,’ but I just had this theory that if it’s a good song, whatever that is, it will endure. I think any songwriter that stands up and plays the guitar and really thinks that he’s changing the world and singing to millions needs a tomato in the face.”

This was the attitude Petty carried into the ’80s, which started turbulently after Petty went head-to-head with MCA Records. The label wanted to raise the price of his 1981 album, Hard Promises, from $8.98 to $9.98; Petty refused to release the record unless the price remained the same. MCA eventually relented. “If we don’t take a stand, one of these days, records are going to be $20,” Petty said at the time.

The standoff became a prime example of a big-name artist pushing back against the profit-driven nature of the music industry. It also led some observers to believe that Petty was part of the old guard and oblivious to the swiftly changing music industry’s march to the future. But that’s not completely accurate. Petty’s roots were grounded in ’60s rock ‘n’ roll, but that didn’t mean he wasn’t curious about new ways of recording and releasing music.

“You Got Lucky,” the first single from Long After Dark, was written to a drum loop that guitarist Mike Campbell had put together. The loop was recreated in the studio as a template for the band to follow, a practice that was becoming more mainstream at the time but was still something of a foreign concept to rock musicians accustomed to traditional recording methods.

“The drummer [Stan Lynch] would actually go out and play, then we’d cut the tape and tape the loop together,” Campbell recalled in a 2003 interview with Songfacts. “We ran it around the room over some mic stands and through the tape heads, and then printed that for three or four minutes and then recorded the song over that drum loop.” The secret ingredient, as Petty later recalled, was Lynch tracking his drum part again with the loop playing, making for an extra sturdy groove.

Watch Tom Petty and the Heartbreakers Perform ‘You Got Lucky’

And then there was the main riff, performed on a DX7 synthesizer by keyboardist Benmont Tench, who wasn’t exactly excited to do so. “He begrudgingly played it,” Petty recalled in the 2005 book Conversations With Tom Petty. Tench had grown up taking classical piano lessons, and even when his attention shifted toward rock ‘n’ roll and he began playing electric keyboards, he never understood the appeal of synths. “I hear people do great things with them, and I can’t make them do that,” he said in 2017. “Mike will sit down at a synthesizer and write ‘You Got Lucky,’ and I’ll sit down at a synthesizer and it’s … ‘You Got Ugly.’ I don’t have a lot of fun or patience going, ‘Here’s how I get a sound.'”

Petty wanted to make sure the use of the synthesizer was strategic. He’d heard albums by other artists in which synths were used just enough to make an impact but not enough to become a distraction. “I didn’t want to use synthesizers just because they’re a neat toy. You can create a wide spectrum of textures in the music, but I don’t like it when synthesizers kind of wash out the whole record,” he told Hit Parader in 1983. “I’m fascinated by the technology, all the new instruments that are coming out, and even though some of my purist friends think they should be avoided at all costs, I think they’re the instruments of the times. One of my favorite albums of the year was Roxy Music‘s Avalon. There were things on there that just blew my mind.”

The video for “You Got Lucky” further emphasized Petty’s willingness to move forward while staying true to his vision. The Heartbreakers had spent plenty of time on music video sets before, mostly lip-syncing for promotional clips. It was merely another way to get their music out there. “We made videos before we knew they were videos. … And we actually thought the term ‘video’ was weird, because they were on film,” Petty later said. “They weren’t serious, big, huge projects.”

Watch Tom Petty and the Heartbreakers’ ‘You Got Lucky’ Video

“You Got Lucky”‘s video wasn’t necessarily a big, huge project either. In the clip, the band members arrive in the desert via a spacecraft and stumble upon a cassette player containing the song. Petty drew inspiration from old westerns.

“I’ve always admired those Clint Eastwood movies, with the music by Ennio Morricone,” Petty told the Gainesville Sun in 1983. “That’s what the song reminded me of, so we made the movie ourselves.” The song’s guitar solo borrowed from those film scores, too, Campbell remembered. “Sort of a surf guitar with a tremolo arm, like a Clint Eastwood movie,” he noted. “A Good, the Bad and the Ugly kind of thing.” A near-silent intro that lasts more than a minute was included in the clip and was a novel idea at the time. “It really changed everything,” Petty said. “No one had ever – even Michael Jackson – done a prelude before the video. A bit of business before the song started.”

The video arrived just in time for the rise of MTV, which debuted a little more than a year earlier in August 1981. “That’s when everybody knew who you were. Like, you know, even grandmas knew who you were. Because you’re on TV all day long, you know?” Petty later said. “MTV was this incredible promotional device. … There was this whole new thing happening, and we were right in the front of it.”

The single, released in October 1982, just a couple of weeks before Long After Dark came out, made it to No. 20 on the Billboard Hot 100. But the song didn’t make it to his set lists too often, admitting in 2005 that “You Got Lucky” was never one of his favorites. But he also confessed that the song had grown on him over the years. “It’s not about a lot,” he said. “It’s just kind of a love song. But it doesn’t have to be about a lot to be good. ‘Tutti Frutti’ is not about a lot, but I like it.

“You know what that song is? It’s a perfect little single. … When I hear it on the radio, I think, ‘Wow, we really just filled every little space in the right way.'”