How Whitesnake Ended for Bernie Marsden 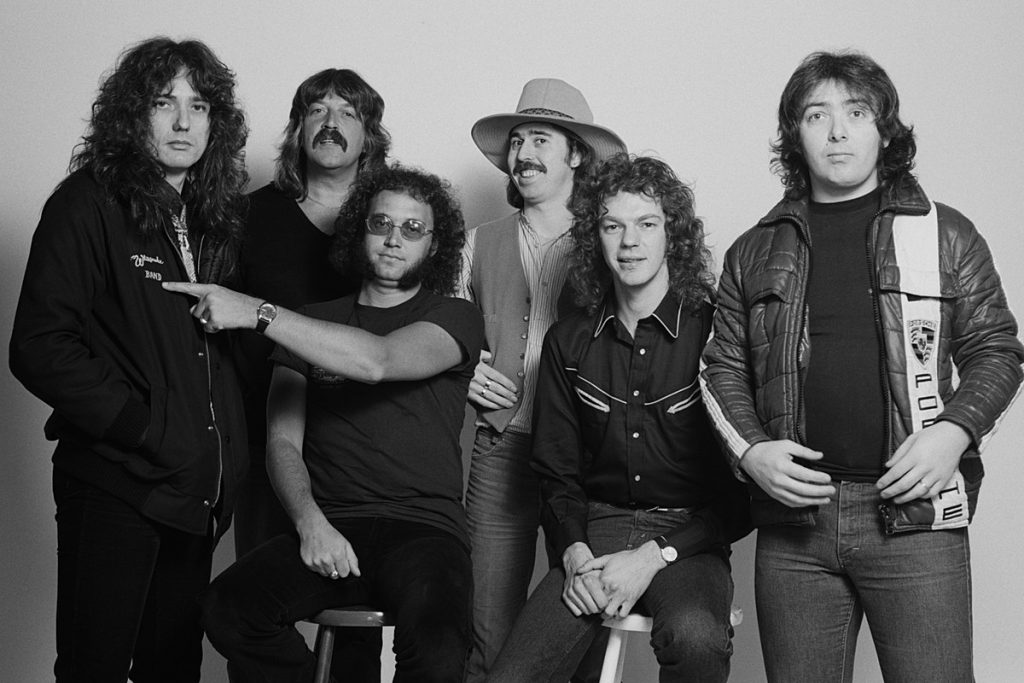 Whitesnake co-founder Bernie Marsden recalled how he became “the author of my own demise” when David Coverdale dismissed the band’s early lineup in 1982.

Tensions had increased during the making of fifth album Saints & Sinners, and the frontman had admitted to a desire to escape from the situation before a crunch meeting took place with Marsden, Jon Lord, Ian Paice and Neil Murray and manager John Coletta in attendance.

In his upcoming memoir Where’s My Guitar? An Inside Story of British Rock and Roll (via Louder Sound), Marsden recalled how he and Coverdale had struggled to continue work on the LP after the departure of guitarist Micky Moody. “Jon was due to record Hammond solo overdubs, but never showed. Then he and Ian would be coming in the next day, but again, they never showed. We later discovered they had been at the horse-racing at Ascot and Windsor. David was visibly disappointed and upset. I was too.

“I looked at David in the control room at the studio and uttered the fateful words, ‘We might as well end all this, David, knock it all on the head, mate.’ I didn’t quite grasp the full effect of what I was saying. David’s eyes widened. He smiled wryly as though a weight was off his shoulders. He said that he thought he was the only one thinking it. I assured him he wasn’t. He explained that he had already been having meetings with his legal people in order to extricate himself from the managerial mire.”

When the band meeting was announced, Marsden was “delighted,” expecting the result to be a split with Coletta. “How could John Coletta still be the manager?” The guitarist wrote. “He had been barred from the dressing rooms in USA, barred from the recording studios, was never issued a backstage pass, and blanked completely in Japan.” He added: “But I couldn’t help wondering where the hell David was.”

Coletta headed the meeting instead. “‘Before you say anything,’ Coletta said, ‘I have spoken with David’s lawyer this morning, and Whitesnake is over for you lot.’ He walked around the room, pointing his finger. ‘You are out,’ he said as he pointed at Ian, Neil and, to my total surprise and shock, he pointed at me. I had been the author of my own demise with my comment to David about ending the band. … I didn’t realize but he had been advised to break up the band in order to escape the [management] banner. He later told me that he thought it was the only possible way out.”

As the fired musicians reacted in their own ways, Marsden recalled Coletta pulling a “masterstroke” in saying he’d secured a solo deal. “[B]ut… I had to sign a new contract that day. Still in shock from the revelations, and feeling deserted, I signed. Can you believe it?” He said he left the office as “a shattered 30-year-old man, I don’t mind saying it. The greatest band any guitarist could wish for had ended without a row or whimper, and a song-writing partnership that could have gone on to bigger and better things was terminated because of lousy management.”

Marsden continued: “[W]as I fired or did Whitesnake just disband? Well, you tell me.” Where’s My Guitar? An Inside Story of British Rock and Roll will be published on May 5, 2020 in the U.S. and it’s available for pre-order. It’s on sale now in the U.K.