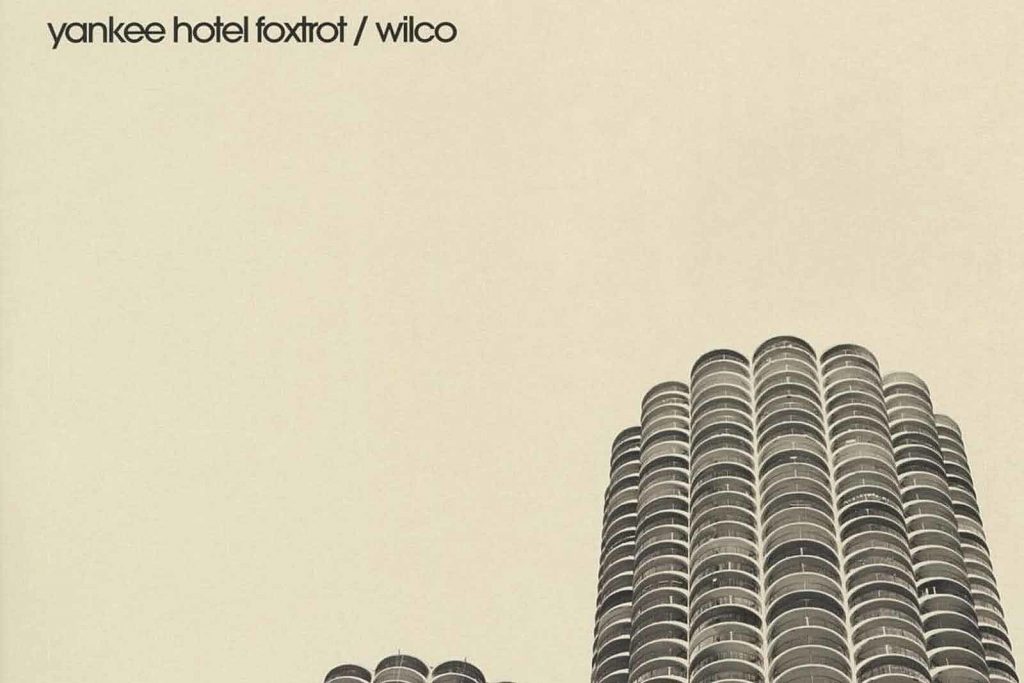 During the fall of 2001, Jeff Tweedy mused that he and the other members of Wilco “feel the most excitement from kind of exploring. That’s really good for the band.”

At the time, however, Tweedy and company were in the midst of an adventure, mostly outside of the music, that they would just have soon left unexplored.

Wilco’s endeavor at the time was Yankee Hotel Foxtrot, the Chicago-based group’s fourth studio set. It was destined to be a classic – the No. 1 spot on that year’s prestigious Village Voice Pazz & Jop critics poll and Wilco’s only gold album – but getting there was filled with drama. There were creative differences and personnel changes – and that’s just on the musical side.

The lingering legacy of Yankee Hotel Foxtrot is the difficulty Wilco had in getting it released, and the corporate machinations the band found itself embroiled within over a period of 10 months. It’s a saga worthy of a documentary (2002’s I Am Trying to Break Your Heart: A Film About Wilco) and a book (former Chicago Tribune music writer Greg Kot’s Wilco: Learning How to Die), and the tale remains a blend of legend and cautionary tale – with, of course, a happy ending.

“It’s a weird thing,” Tweedy later told this writer about the notoriety. “I don’t feel like I can be objective about it. I suppose it’s flattering on some level that people have made movies and a book about the band, but I don’t know – it just is what it is. I’m really much happier when I just am able to focus on the shit that has always kept me happy, and that’s playing music and writing and all that stuff.”

The music, and Wilco’s adventurous spirit, is what got Yankee Hotel Foxtrot in “trouble” in the first place.

Formed in 1994 from the ashes of Tweedy’s previous band, Uncle Tupelo, Wilco continued on the then-fresh Americana path on their 1995 debut A.M. but expanded into more ambitious and even experimental terrain with 1996’s Being There and 1999’s Summerteeth. Yankee Hotel Foxtrot continued on that forward-looking path, with more expansive arrangements and a greater variety of textures and flavors. “Everything grows in those kind of subtle ways that are hard to explain,” Tweedy said of the songs, some of which were developed while touring.

“There’s things that evolved out of messing around for a couple of years, and eventually we took the tapes that we had played with for years and just kind of learned the arrangements. Yankee Hotel Foxtrot evolved to what it is primarily in the mixing and the kind of studio manipulation that went into mixing it. Instead of trying to let sonic things create the environments, we let the music create the environments.”

There were new compatriots on board as well. During the writing stage the group parted ways with drummer Ken Coomer, who, like bassist John Stirratt, came from the latter-day Uncle Tupelo. He was replaced by the more flexible Glenn Kotche, who played with Tweedy and Jim O’Rourke in the side band Double Door (named after the Chicago club of the same name).

O’Rourke, meanwhile, was enlisted to mix the album after the band, particularly Tweedy and guitarist Jay Bennett, butted heads over direction, some of which was captured in I Am Trying to Break Your Heart.

The album – which featured future Wilco staples such as “I Am Trying to Break Your Heart,” “Jesus, Etc.,” “Heavy Metal Drummer” and “I’m the Man Who Loves You” – was completed during early 2001 and was hailed by those who heard it as a defining work. And that’s when the fun began.

Over at Reprise Records, which had been Wilco’s home since the start, a changing of the guard was taking place following the merger of Time Warner with AOL. Amid layoffs and restructuring, Reprise president and Wilco proponent Howie Klein was replaced by David Kahne, who’d worked at the San Francisco punk label 415 records and had gone on to produce Tony Bennett, Shawn Colvin, Red Rockers, Sublime and many more. Kahne wanted a hit from Wilco and dispatched another new Reprise exec, Mio Vukovic, to make it so. Tweedy and company were happy with what they had, however; he told the Chicago Tribune at the time that Vukovic “asked us to make some changes. He told us more things needed to be done for it to be finished, and we said, ‘This is it. We’re done with this record, and we’re happy with it.'”

Long story short – and then longer – Reprise rejected Yankee Hotel Foxtrot, and Wilco bought their way out of their Reprise deal, initially for a reported $50,000 that would include rights to the album, which was originally slated for release on Sept. 11. The label subsequently changed its mind and didn’t charge Wilco but not before the public-relations black eye was swelling.

Listen to Wilco’s ‘I Am Trying to Break Your Heart’

Mysteriously, some of the Yankee Hotel Foxtrot tracks began to surface online, and on Sept. 18, Wilco posted the album to stream on their website – luring more than 50,000 hits on the first day and much heavier traffic than usual during subsequent weeks.

The band, meanwhile, was entertaining scores of inquiries and offers – from more than 30 labels, according to some reports. Tweedy declared himself “liberated,” and owning their own recordings became a central tenant for any potential deal. Ironically, Wilco wound up back in the Warner Music world, signing with Nonesuch Records in November 2001. Its actual retail release came on April 23, 2002, with the album debuting at No. 13 on the Billboard 200 chart – Wilco’s highest showing to date.

Much has happened since then. Wilco has released more than a half-dozen additional studio albums, the majority of which debuted in the Billboard Top 10, while Tweedy has released a handful of solo albums, formed the Tweedy band with drummer son Spencer and produced Mavis Staples’ acclaimed 2017 album If All I Was Was Black. Yankee Hotel Foxtrot, however, will always be a defining chapter in Wilco’s lore, a status the band has fully embraced.

“To start with, it’s a great album so you can’t ever complain about the attention, and we still love playing those songs,” Stirratt, who played in the Autumn Defense and other bands on the side, later reflected. “So many albums come out, do their thing and disappear. To have one that so many people remember, especially for the music, is what every band dreams of.”