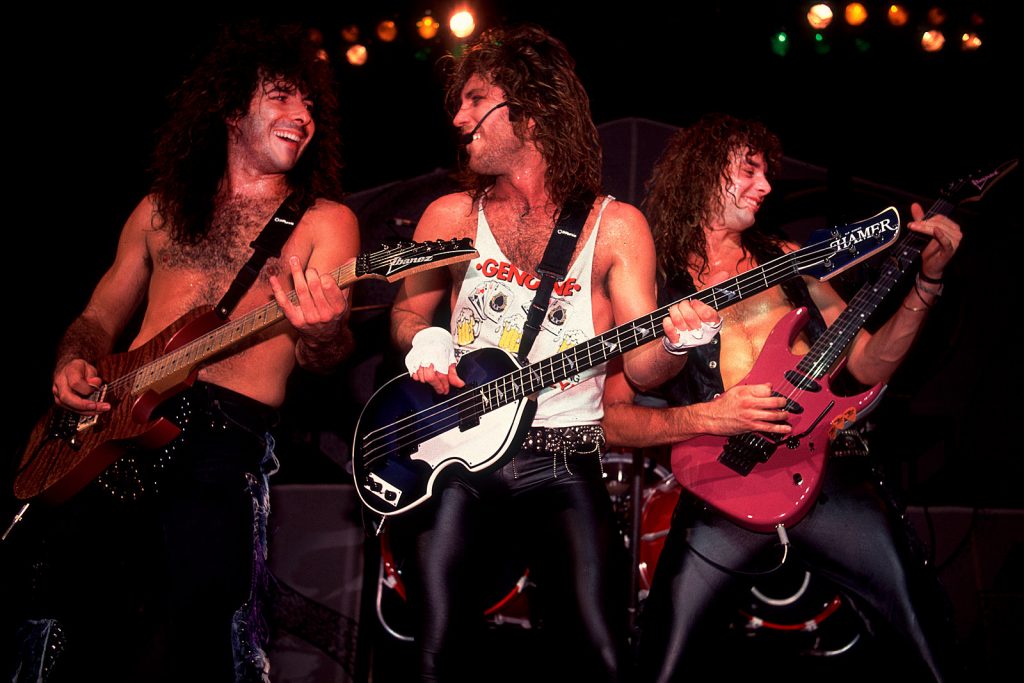 In 1993, Winger had every reason to believe their third album, Pull, was going to be a big hit. Guitarist Reb Beach was so confident that he “banked” on the record going gold – and was forced into a large-scale U-turn when it didn’t happen.

The band’s self-titled debut LP had introduced the group to the world via the hit singles “Headed for a Heartbreak” and “Seventeen,” then the follow-up, In the Heart of the Young, continued the streak with “Can’t Get Enuff,” “Easy Come Easy Go” and “Miles Away.” But by the time Pull was ready for release, the grunge revolution had changed everything.

In Tom Beaujour and Richard Bienstock’s new book Nothin’ but a Good Time: The Uncensored History of the ’80s Hard Rock Explosion, Winger noted that their rise to fame had come thanks to MTV’s support for their “Madalaine” video and an opening slot on tour with Scorpions. “We got some good touring out of our second record, but the writing was on the wall before it came out,” frontman Kip Winger said. “Bad timing.”

Keyboardist and guitarist Paul Taylor added: “We were starting to notice, like, wow, where’s everybody at the shows? … I remember it finally hit home in Cincinnati. We had a night off, and I went to see Extreme and Cinderella with David Lee Roth at the Riverbend [Music Center]. And it was half-full. … David Lee Roth was the ultimate rock star. And now the place is half-empty? I was like, ‘Whoa. Something’s up.’ Because two years prior it would’ve been sold out.”

Beach agreed with Winger’s “bad timing” analysis. “If we had come out in ’86, I’m sure I’d be a very rich man,” he explained. “But we came out in ’89, right at the tail end. We didn’t know it was gonna end. On the third album we were gonna get big publishing advances. If it had done well, I would’ve made a lot of money. And I banked on that. I figured, it’s gotta do well! The last one sold a million and a half records. This one’s gotta at least go gold.”

So, he “bought a new house and moved the whole fam to Florida. ‘C’mon, kids! We’re moving to Florida!’ I got a house on a lake with a pool, and you could jump from the pool right into the lake! It was incredible. I was only there for eight months before I had to sell that house. That’s how quickly it all went south.”

The band split in 1994, before reforming briefly in 2001 then more permanently in 2006. They’ve released three more albums since Pull, the most recent being 2014’s Better Days Comin’.