How Wolfgang Van Halen Forged His Own Path on ‘Mammoth WVH’ 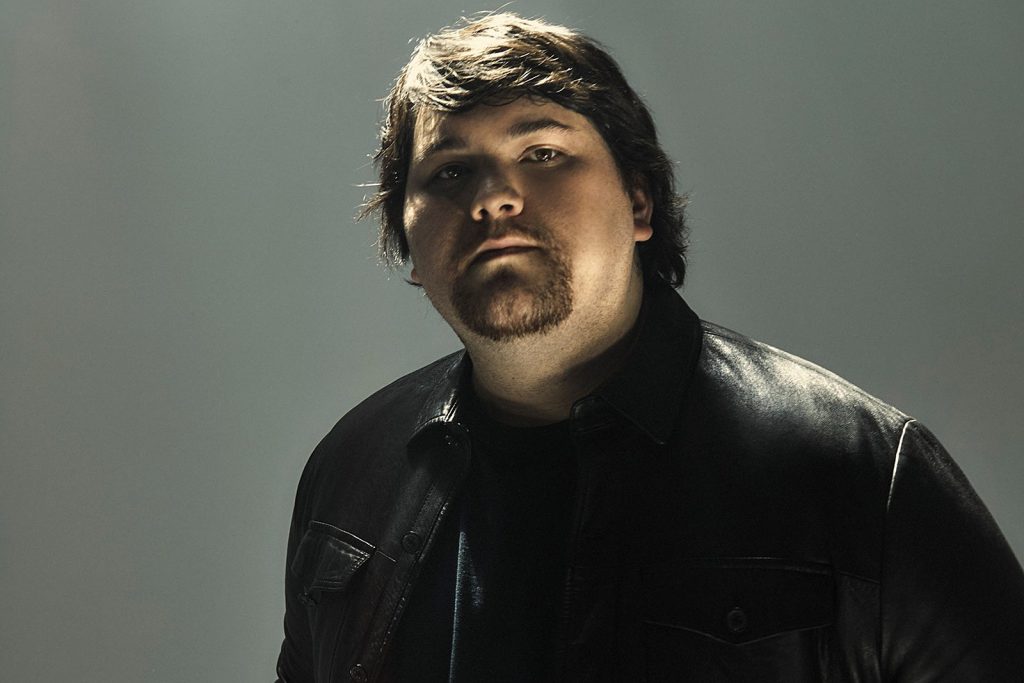 Wolfgang Van Halen’s debut album with Mammoth WVH finally arrives this week, and even though he completed the bulk of the work nearly three years ago, he remains intensely connected to the songs.

“You know, it’s really weird. I’m super proud of it. I’ve never worked on anything harder in my life,” he tells UCR. “But it’s very odd. I’ve been sitting with this material for so long that I know it so well. But when I release a song, it’s almost like it’s brand new to me again. It’s a really weird feeling that I’ve never experienced before.”

The songs have already found a home on the radio, with “Distance,” released as a tribute to his father, Eddie Van Halen, landing at No. 1 on the active rock charts. “Don’t Back Down” zoomed up the same charts – coupled with the humorous video which quite appropriately, finds multiple Wolfgangs (six of them, in fact!) handling all of the instruments. That mirrors the reality of the recording sessions for Mammoth WVH, which found Van Halen doing just that.

Along the way, Van Halen displays a knack for crafting songs with memorable hooks and production in a way that doesn’t feel formulaic. He didn’t feel the pressure to adhere to traditional formats and structures, instead choosing to let each individual track dictate the course and feel, based on what it seemed to require.

It brought a certain amount of discipline that can sometimes go missing for those who are part of a traditional band. He ended up eschewing guitar solos in some cases. “There are a handful of them, but I felt like certain songs just didn’t call for one,” Van Halen says. “I’d rather go deeper in a bridge or something like that. I really focused more on what was better for the song rather than trying to show off.”

Watch Mammoth WVH’s Video for ‘Don’t Back Down’

Writing for the album, Van Halen followed his own instincts, knowing it would “sound a bit dishonest” if he was attempting to sound like something else. “I guess I just lucked out with the music,” he says. “That comes from my heart and it doesn’t sound like it’s ripping off my family lineage.”

For album opener “Mr. Ed,” the title ended up being a subtle nod to his late father in the musical sense, even though it was just a placeholder name for the initial demo. “Because I harmonically tap the intro, it just felt like a funny thing to call it, but then it stuck,” Van Halen says. “So then I just kept calling it that.”

Sludgy guitar riffs help to power the initial backbone of “Horribly Right,” shifting to a hooky energetic churn for the verses which unfold at a relentless pace. Other standouts include “The Big Picture,” which has a darker feel and an anthemic bridge that rivals some of Jerry Cantrell’s finest.

Songs like “Think It Over” and “Epiphany” showcase the upbeat melodic side of Mammoth WVH, even as the lyrics in some cases tell a different story. “Horribly Right,” for instance, which finds Van Halen drawing on a past yearning to find closure with an old relationship.

Producer Michael “Elvis” Baskette helped to keep things on course and in focus. “His view of the whole picture comes into play,” Van Halen explains. “Because with me, you can’t really see the forest for the trees. He’s kind of that guy there to help navigate.”

Listen to Wolfgang Van Halen Perform ‘Think It Over’

Van Halen had worked with Baskette on two Tremonti albums, so he was aware of what the veteran producer would add. He became the “other half” in Mammoth WVH, acting as a very important sounding board.

“The thing you miss when you’re playing by yourself is that sort of band interaction and he is that for me,” Van Halen says. “He helps me not doubt myself. When I’m on the right track, he helps me to keep digging.”

Baskette also helped Van Halen to frame the “intentional aspects” of the sound that he was hearing for the songs. Van Halen knew what he wanted to avoid. [I wasn’t] just straight up [using] 5150 [amps] and Wolfgang [guitars] and trying to sound like Dad,” he says. “Granted, that stuff is there, but I leaned more on these modded Marshall Super Lead [amps] that I have and more of a hollow body sort of sound.”

The album sessions were prolific with the pair tracking “close to 24 to 28 songs” for Mammoth WVH, leaving a hefty surplus of material that Wolfgang is looking forward to revisiting when the time is right.

For the moment, he’ll hit the road. Mammoth WVH is set for a steady run of dates this summer and into the fall, many of them as the opener for Guns N’ Roses.

He’s looking forward to bringing the songs from Mammoth WVH to life with the full band. “It’s going to live differently, obviously, because it’s different people playing it,” he says. “But I’m so confident in how badass all of my guys are that it’s going to be really fun.”

It’s been more than 40 years since he revolutionized the way rock guitar is played with the release of his band’s self-titled debut album.