How ZZ Top and MTV Inspired Dire Straits’ ‘Money for Nothing’ 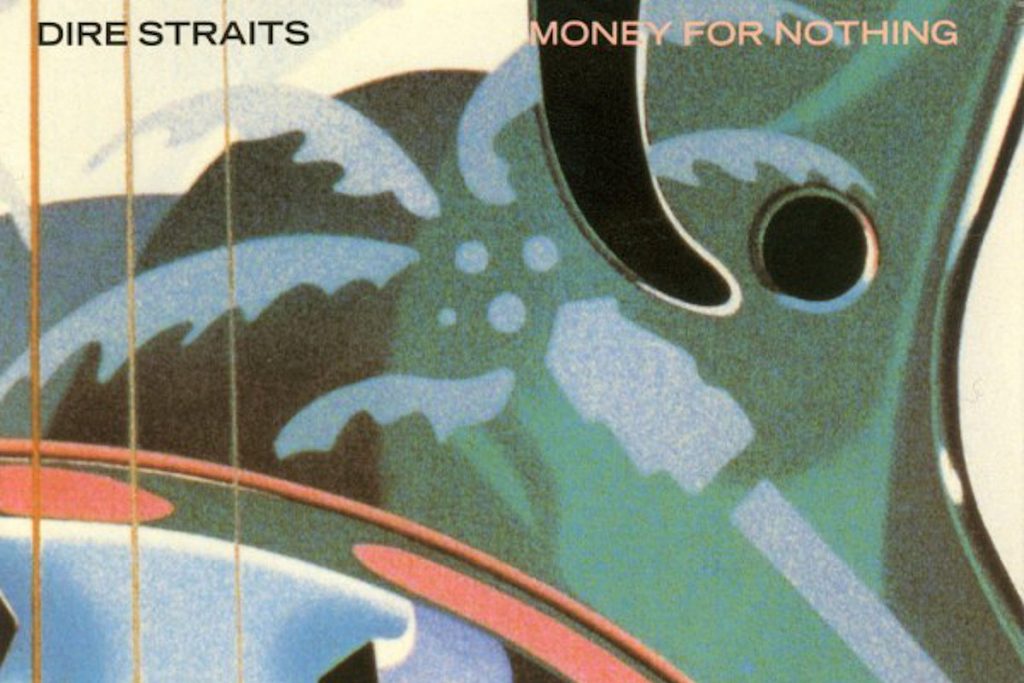 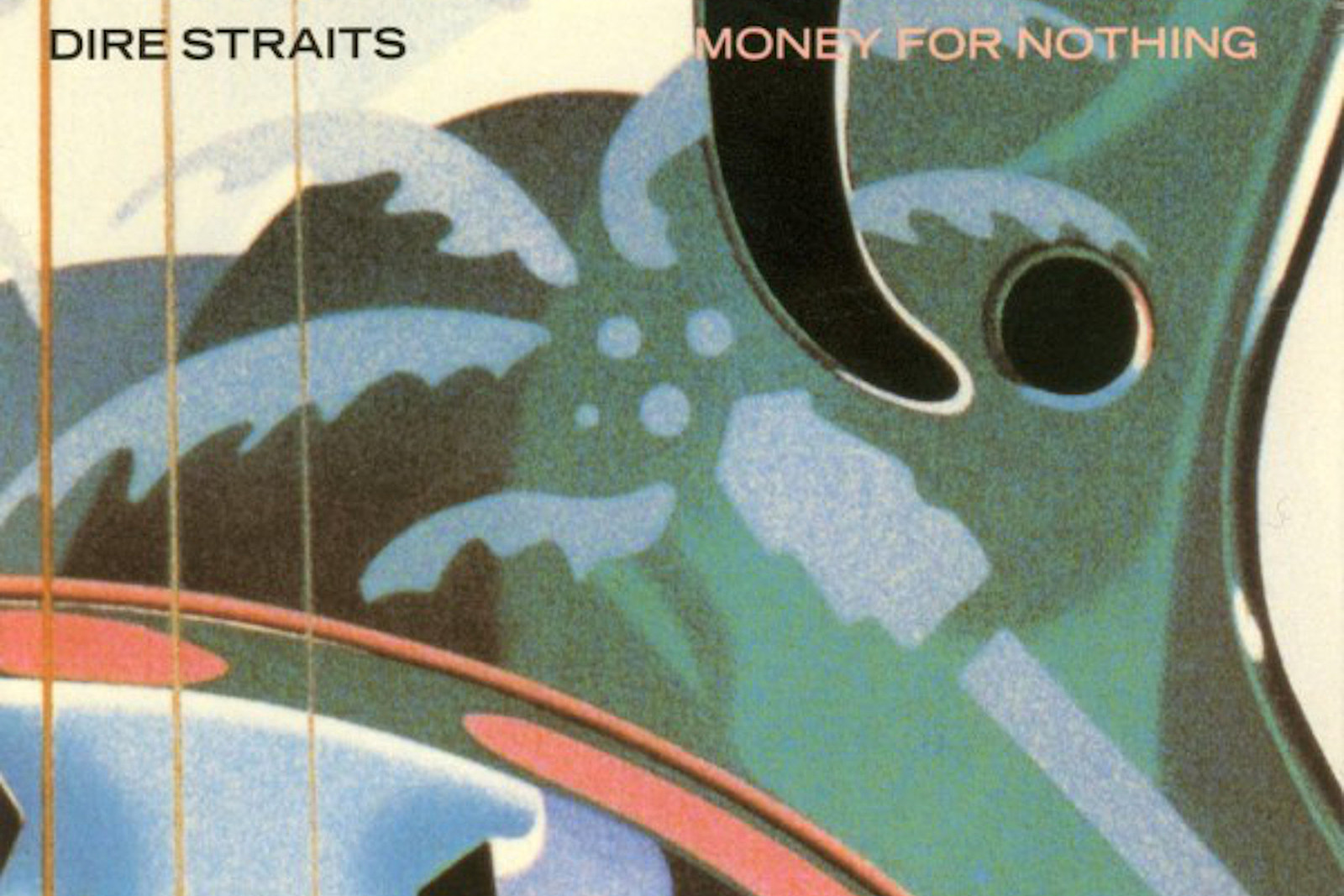 By 1985, Dire Straits were already hugely successful, yet the single “Money for Nothing” would elevate the band into the upper level of rock stardom. Credit for the song’s popularity can be partly attributed to another classic rock group, ZZ Top.

Dire Straits’ manager had approached MTV, asking what his clients would need to do to receive more airtime. The response was simple: Write a hit song and enlist a top director to helm the video.

The network’s advice marinated in frontman Mark Knopfler’s brain. Hits weren’t a problem for Dire Straits. “Sultans of Swing,” “Romeo and Juliet” and “Private Investigations” had all reached the Top 10 in their native U.K., though the response in the U.S. had been a little more tepid. However, the group was slow to embrace MTV.

“Mark Knopfler didn’t like doing videos,” noted music-video director Steve Barron in the book I Want My MTV. “Dire Straits had done them before, but they showed the band playing, and Dire Straits weren’t all that interesting.”

Determined to write an MTV-friendly hit, Knopfler looked to duplicate the sound of one of the network’s rock staples: ZZ Top.

By this time, the little ol’ band from Texas had become MTV mainstays thanks to hit songs like “Gimme All Your Lovin’,” “Sharp Dressed Man” and “Legs.” Their distinctive guitar parts were all over the network’s airways, so Knopfler attempted to emulate the sound for his new track.

“The tune originally began with the guitar riff,” the song’s producer, Neil Dorfsman, explained to Sound on Sound, admitting that the band was “going for a sort of ZZ Top sound.” Still, the “Money for Nothing” guitar part ended up taking on its own life by accident.

“One mic was pointing down at the floor, another was not quite on the speaker, another was somewhere else,” Dorfsman recalled of the recording session. “It wasn’t how I would want to set things up — it was probably just left from the night before, when I’d been preparing things for the next day and had not really finished the setup. Nevertheless, whether it was the phase of the mics or the out-of-phaseness, what we heard was exactly what ended up on the record. There was no additional processing on that tune during the mix.”

Dorfsman loved the guitar sound so much, he suggested Knopfler embrace more solos. “He wasn’t into that idea,” the producer revealed. “I remember him asking ‘Do you mean like a rock guy?’ I think he’s one of the greatest soloists ever, so I really wanted to hear more of that. He’d kept saying ‘ZZ Top, ZZ Top’, and in my mind I imagined that we hadn’t nailed the part he was after on the basic track.”

It turns out, Knopfler had actually gone directly to the source for advice. In a 1986 interview with Musician magazine, Billy Gibbons admitted the Dire Straits frontman had asked how to replicate the ZZ Top guitar sound. “He didn’t do a half-bad job, considering that I didn’t tell him a thing!” the bearded rocker joked.

For lyrics, Knopfler took the perspective of a blue-collar worker. The words were inspired by an actual appliance store employee who was making off-color remarks while staring at a wall of televisions playing MTV.

“I wrote the song when I was actually in the store,” the Dire Straits singer confessed to Bill Flanagan in the book Written in My Soul. “I borrowed a bit of paper and started to write the song down in the store. I wanted to use a lot of the language that the real guy actually used when I heard him, because it was more real. It just went better with the song, it was more muscular.”

Exactly what video the store employee happened to be watching has never been revealed, though at least one rocker believes it was about his band. “Dire Straits’s ‘Money for Nothing’ was about Motley Crue,” bassist Nikki Sixx insisted to Blender magazine in 2007. “‘Money for nothing and the chicks for free … that little faggot got his own jet airplane.’ They were in a store that sells televisions, and there was a row of TVs all playing Motley Crue — and that’s where it came from.”

Knopfler decided to drive home the MTV-ness of his song by actually incorporating the network’s jingle into its lyrics. For the part, he recruited friend and fellow rocker Sting.

“Mark asked him to sing on ‘Money for Nothing,’ lifting the tune from ‘Don’t Stand So Close to Me,’ Dorfsman recalled. “I knew Mark had already written the line ‘I want my MTV,’ but I wasn’t sure if he had the melody of ‘Don’t Stand So Close to Me’ in mind. It was one of those things where Sting just sort of did it in three passes, I comped the thing, and then I walked around thinking ‘There’s something amazing about this.’ It was done in about an hour.”

Released in June 1985, “Money for Nothing” quickly became Dire Straits most commercially successful single, hitting No. 1 in the U.S. True to its intention, the song earned heavy rotation on MTV, though it took some convincing to get Knopfler to sign off on its distinctive video.

“I really wanted to use a new computer animation technology called Paintbox,” Barron explained. “Mark and his girlfriend and I had dinner together, I’m trying to broach the idea that MTV should be shaken up a bit. I can see he’s going to say no. And luckily his girlfriend, who was from the States, said “Wow, you’re so right about that. That’s exactly what MTV needs.”

Buoyed by the popularity of “Money for Nothing,” Dire Straits’ 1985 LP Brothers in Arms would go on to sell more than 30 million copies worldwide. More poetically, the song’s music video won Video of the Year at the third MTV Video Music Awards.