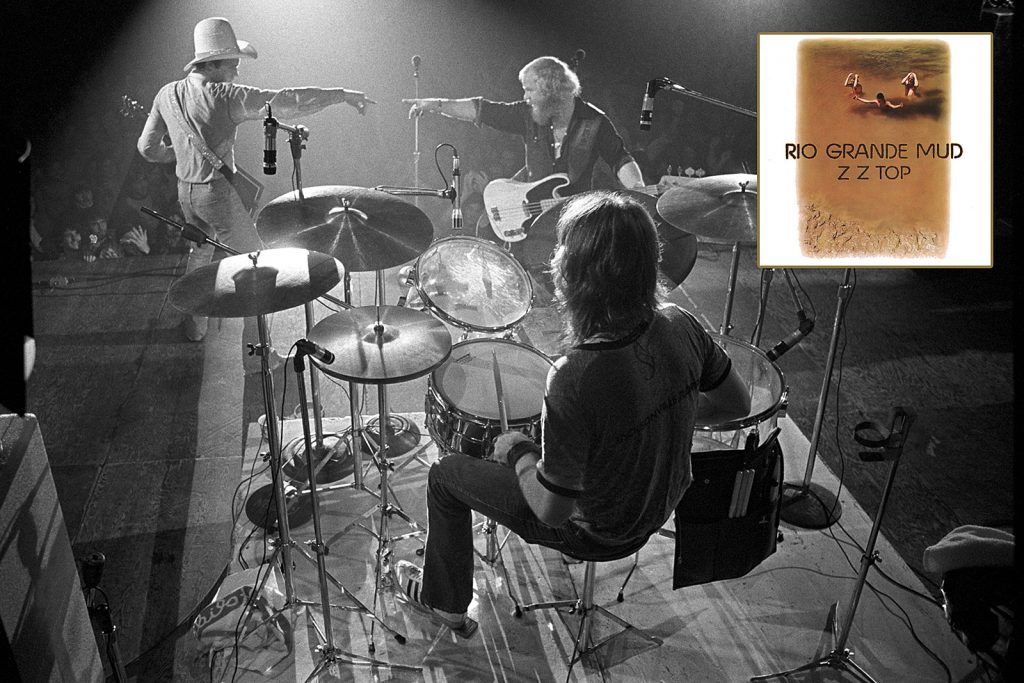 By early 1972, ZZ Top had already become a great live band. With their second album, Rio Grande Mud, they began to learn how to capture that energy in the studio.

Less than two years after its February 1970 live debut, the group was well on its way to becoming seasoned road warriors. “We were gigging 350-odd days a year with some really wicked headliners,” singer and guitarist Billy Gibbons recalled in his 2020 book Rock + Roll Gearhead. “By ’72 our onstage skills were getting good and sharp.”

Although their 1971 debut, ZZ Top’s First Album, had been relatively well-received, the group knew it needed to take an upward leap with its second album. “When you’re a bunch of guys in a band playing clubs and bars, a studio can be a cold, antiseptic and intimidating place,” Gibbons told Music Radar in 2013. “We were still getting used to the dichotomy of the two.”

They found an ally in Rio Grande Mud engineer Robin Brian, who owned the Texas-based Robin Hood studio where the album was recorded. “Robin did a lot to make sure we didn’t experience the dreaded ‘red light fever,'” Gibbons explained, referring to the paralyzing performance anxiety that can affect musicians while recording. “Being a musician himself, he had a lot of empathy for anybody who wandered into his place. He knew how to make everybody feel at home.”

A busy touring schedule didn’t leave the group much time to assemble material for the album. “Writing was now being done full renegade style, in the dressing room, backstage, during an afternoon sound check, at an airport, on the street corner, taxicab, backseat of a friend’s car, on a fishing boat, everywhere on the fly,” Gibbons remembered in Rock + Roll Gearhead.

Luckily, those same travels provided a steady stream of lyrical inspiration. “We started documenting events as they happened to us on the road,” Gibbons told Music Radar. “As we went along, we were keeping track of skeleton ideas as they popped up. The craft was certainly developing.”

Rio Grande Mud was released on April 4, 1972. Its only single, “Francine,” managed to hit No. 69 on the Billboard Hot 100. But it’s the working-class anthem “Just Got Paid,” which features scintillating slide guitar by Gibbons, that’s become the album’s defining song and a regular in the band’s set lists.

“We got lucky, catching on in places that had previously been considered quite remote,” he said in Rock + Roll Gearhead. “Something was happening. We enjoyed it and kept on rocking.”