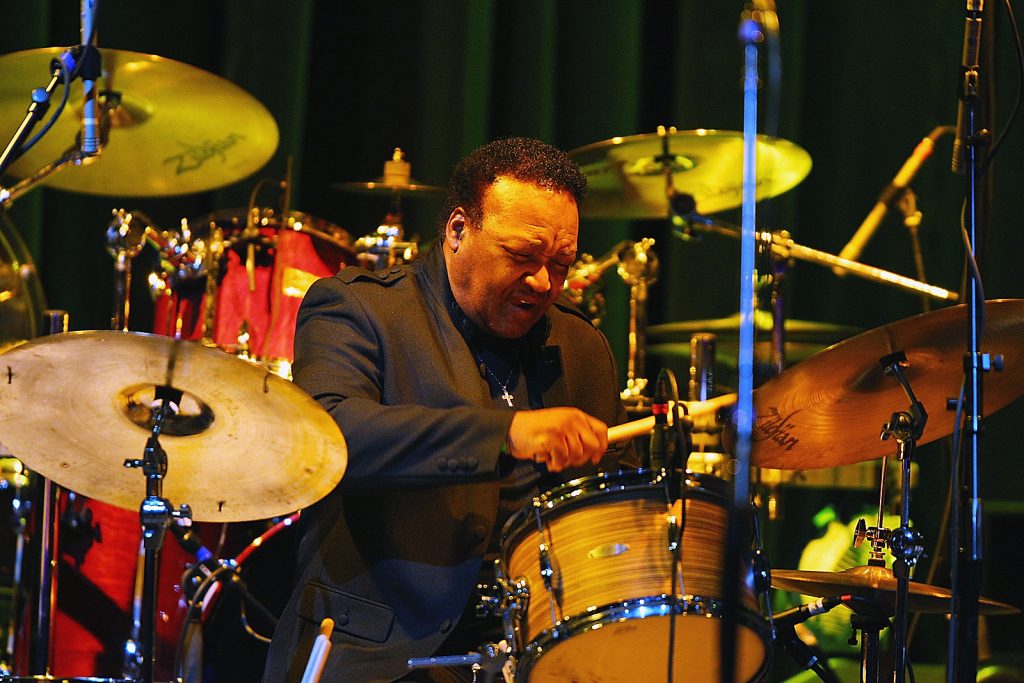 Drummer Howard Grimes, a pillar of the Memphis soul scene in the ’70s who played with acts like Al Green and Ann Peebles, died on Feb. 12 at age 80. Grimes reportedly died of kidney failure.

His death was confirmed to NPR by his bandmate Scott Bomar of the Bo-Keys. “He was at peace before he passed,” Bomar said. “I think what Howard would want people to know about him was that his relationship with his creator, his spiritually, was the most important thing in his life. The second was Memphis music.”

Grimes, who was born in Memphis in 1941, began drumming at an early age and started performing in public at the age of 12. By the time he was in his late teens, Grimes was playing sessions for Satellite Records, the label that would later become Stax, where he was tutored by Al Jackson Jr. of Booker T. & the MG’s. He also began working with bandleader and record producer Willie Mitchell at Hi Records and, when Jackson died in 1975, took over the role of the main drummer for the label’s house band, the Hi Rhythm Section.

He played drums for several soul stars, including Al Green, Ann Peebles and Otis Clay. His work on landmark soul songs like Green’s “Let’s Stay Together” and Peebles’ “I Can’t Stand the Rain” helped usher the genre to the top of the charts. He earned himself the nickname “Bulldog” for his ferocious style of playing.

“Willie Mitchell told me, ‘You know, Howard, when you play, I can hear you coming,’ ” Grimes told Memphis Flyer in 2021. “I didn’t know what he was talking about. But when I cut a track, he said, ‘I can hear you coming. That foot!’ Willie was very distinct on listening to musicians. That’s how I learned so much.”

After Hi Records was sold in 1977, Grimes career struggled and he faced a period of homelessness in the ’80s but credited God with helping him get back on his feet. “I was dying, and I had this out-of-body experience, man,” Grimes said to Commercial Appeal in 2021. “I got up and I was in a dark cave, and I saw a light through this tunnel. And I heard a voice say, ‘Walk to the light.’ … He said, ‘You have obeyed me well. I am sending you back.'”

Listen to Ann Peebles’ ‘I Can’t Stand the Rain’

In recent years, Grimes played with the soul-jazz group the Bo-Keys. In 2010, the band performed on Cyndi Lauper‘s Memphis Blues, which was nominated for a Grammy and also featured appearances by B.B. King, Allen Toussaint and Peebles. “He was the most loyal band member and very loyal friend,” said bandmate Bomar. “I’ve never had anybody in my life, except my wife, who was loyal as he was. Once he was on your side, he was with you. Anyone who played with Howard knew that he was a very special drummer and a special person.”

“My beat is the backbone of the Memphis sound,” Grimes wrote in his 2021 autobiography, Timekeeper: My Life in Rhythm. “The rhythm of this city runs through my heart. … I’m connected to the music in this city. The old masters I played with, that I came up under, they told me to listen to them, to tell what’s happened and remember. They told me to tell the truth for them after they’ve gone. They’ve almost all gone.”