‘I Don’t Want That Music to Die’ 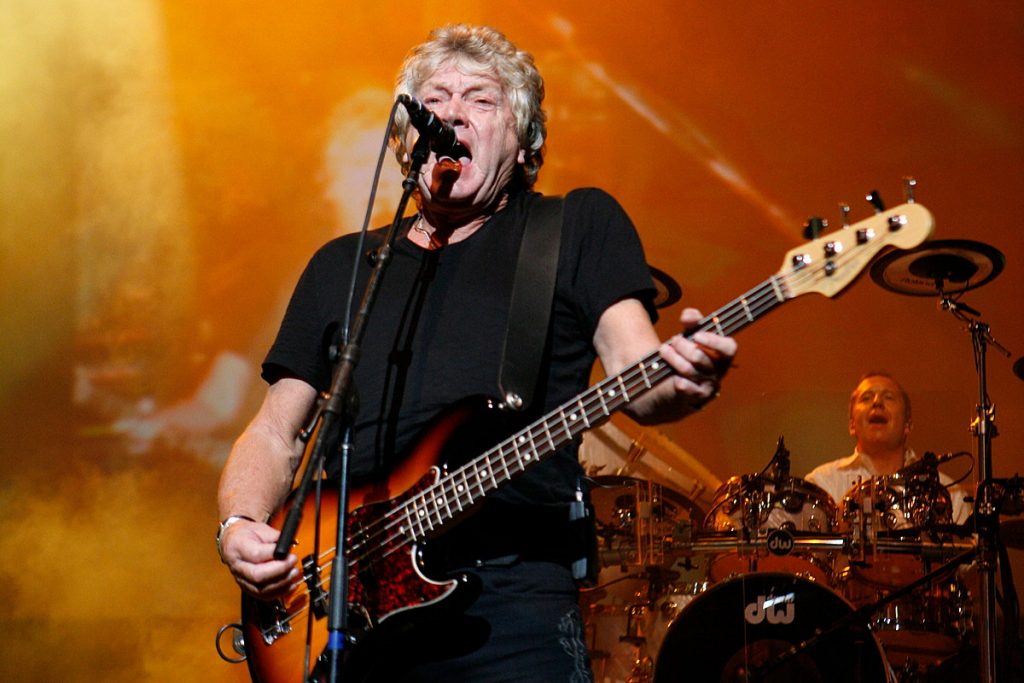 With more than five decades in music, singer and bassist John Lodge has experienced the highs and lows of rock stardom. He relived some of those moments while compiling B Yond, a new retrospective covering his career as both a solo artist and member of the Moody Blues.

Lodge recorded new versions of several Moody Blues tracks for the compilation, including “(Evening) Time to Get Away,” originally released on the classic Days of Future Passed, and “Legend of a Mind,” first heard on In Search of the Lost Chord.

The latter tune was especially poignant for Lodge, as it had been sung for years by his late bandmate and neighbor Ray Thomas.

Listen to John Lodge’s ‘Legend of a Mind’

“We’re never going to do that [song again] with the Moody Blues, ever,” Lodge tells UCR. “I don’t want that music to die. It’s important. I was there. He’s my friend, and our families know each other. And I just want to keep that music alive. It’s very important to me and it was very important to Ray.”

As Lodge remembers, it was an emotional moment when he decided to put “Legend of a Mind” into his solo set list in the months following Thomas’ death in 2018.

“The very first time I did it, I wasn’t too sure I could do it,” he recalls. “I had rehearsed it all, but when I was actually putting the whole thing together and saying, ‘This is for my friend Ray’ and I started singing it, I think the first line was a bit lump in the throat, but then the audience just got into it. And then I thought, yeah, we’re okay.”

Elsewhere on B Yond, Lodge remixed two songs from his 1977 solo LP, Natural Avenue: “Say You Love Me” and “Summer Breeze, Summer Song,” both of which were assembled from the original 24-track masters.

As Lodge notes, “Say You Love Me” is one song that’s been frequently requested by fans who want to hear him do it live, something he says is possible now that it’s been resurrected on B Yond.

Listen to John Lodge’s ‘Say You Love Me’

“If the album gets appreciated and becomes successful, it gives me a reason then to perform that song onstage,” he says. “I’ve never performed it onstage, and I’d really like to. I’m still of the old opinion that an audience comes to listen to the songs that they know, and for me, it’s important not just to play a new song if no one’s heard it.”

Lodge has a handful of tour dates left in the year before a stint on the ’70s Rock and Romance Cruise in February. Still constantly in a creative mood, he says further new music remains a possibility.

“I’m always writing songs,” he notes. “I play every day and I toy with different ideas. I’ve got to see what happens there, see what the reception is to the B Yond album and see where to go from there. I never like to make plans further than that, because plans can change all of the while, and I never want to commit myself to something that I might say, ‘Well, I shouldn’t have closed that door. Something else happened.’”