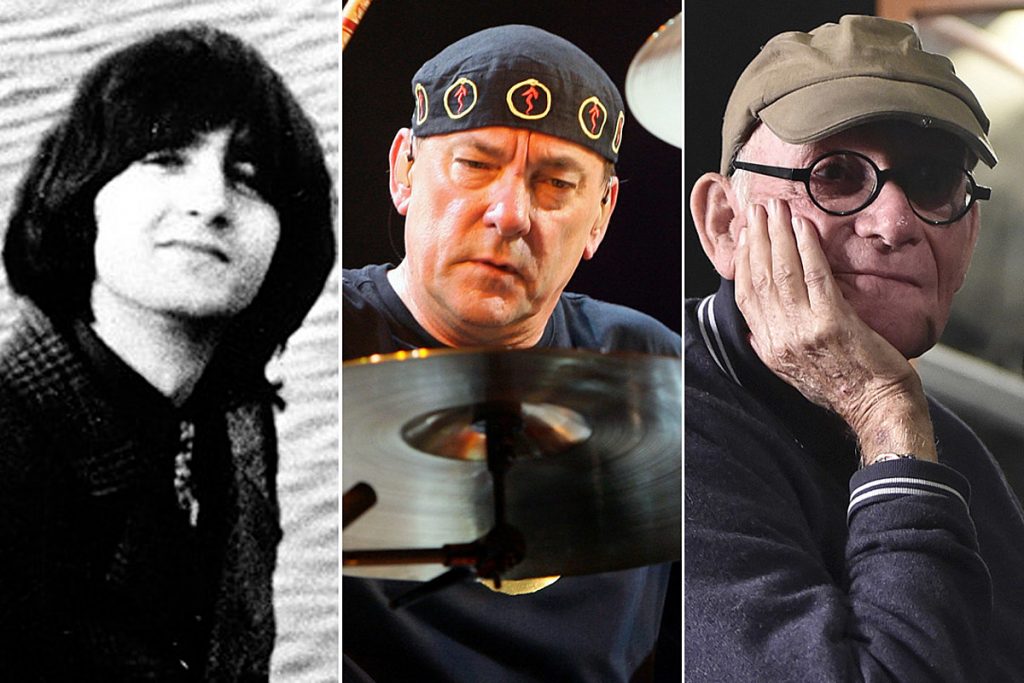 Below you’ll find a look at the music, movies and cultural figures who’ve died in 2020.

The year had barely gotten underway when Martin Grebb died on Jan. 1. Even though he wasn’t a household name, Grebb was a veteran keyboardist and saxophonist who got his start with the Buckinghams (“Kind of a Drag”) in the ’60s. From there, he had a lengthy career as a sideman, both in the studio and tour. He played in Bonnie Raitt‘s band for many years, toured with Elton John and Chicago and performed on Eric Clapton‘s 2006 Grammy-winning collaboration with J.J. Cale, The Road to Escondido.

Rush drummer Neil Peart lost a three-year battle with glioblastoma, an aggressive type of brain tumor, on Jan. 7, even though his death wasn’t made public until three days later. Peart joined the band in 1974, after the release of its first album, and the lineup remained constant until the trio broke up after the R40 tour concluded in 2015.

Steve Martin Caro — who fronted the Left Banke, the New York group that mixed pop with orchestral instruments on the 1966 Top 20 hits “Walk Away Renee” and “Pretty Ballerina” — died on Jan. 14. The band split up in 1969, but Caro participated in 1971 and 1978 reunions.

In addition to those musicians, January also lost Buck Henry. He and Mel Brooks co-created the spy spoof Get Smart; he was a frequent guest host on Saturday Night Live in its early days. Henry’s work in movies netted him two Academy Award nominations: for his screenplay to The Graduate and for later directing Heaven Can Wait.