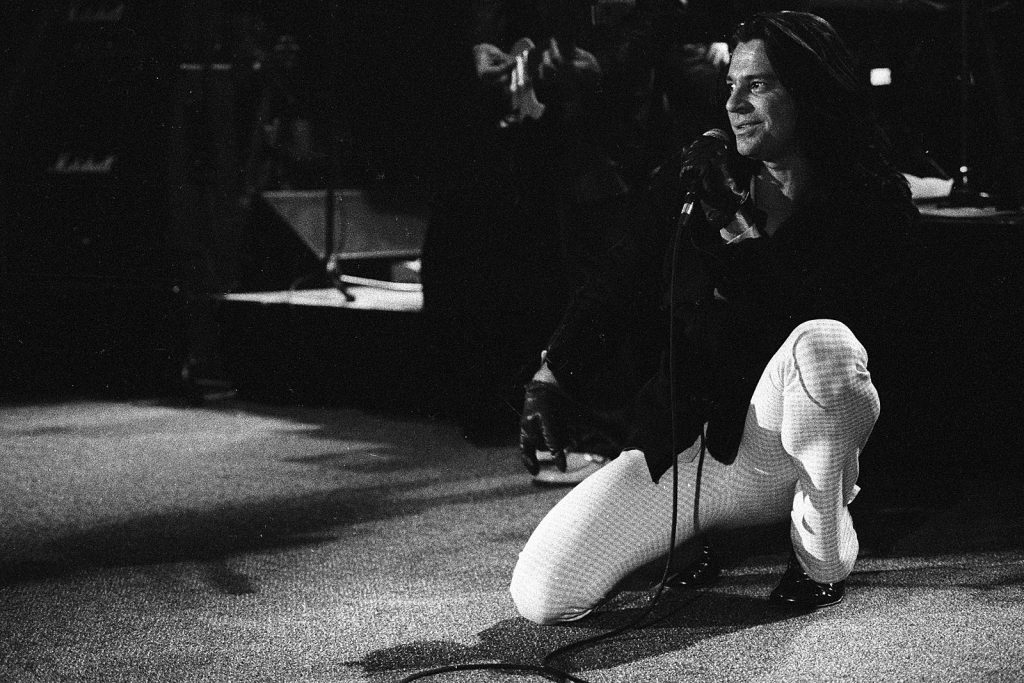 INXS closed out their world tour on Sept. 27, 1997, with a headlining show at the Star Lake Amphitheater in Burgettstown, Penn. The Australian band didn’t know it at the time, but this would be their last show with singer Michael Hutchence, who died several months later.

They were serving as headliners for a radio station-sponsored show dubbed the Summer Stretch Concert. Nearly 7,000 people gathered to hear an eclectic lineup of artists in addition to INXS, according to a review from the Pittsburgh Post-Gazette, including Christian star-turned-pop act Amy Grant, synth-pop outfit Savage Garden, and folk-leaning alternative darlings 10,000 Maniacs and Lisa Loeb.

Judging by the review, INXS was the clear highlight. “The band members were particularly animated and playful,” critic John Young wrote. “Their sensual, funny, engaging set added an exclamation point to an event that was often a scattershot, bland farewell to summer.”

At the time, INXS were touring in support of their 1997 LP Elegantly Wasted. “In some ways, we return to the style we invented over the years — that funky power-pop stuff with big riffs, which we haven’t done in awhile,” Hutchence told the Los Angeles Times in August 1997.

In Pennsylvania, the band kicked off their set with the album’s anthemic title track, and featured several additional Elegantly Wasted songs across the rest of the night, highlighting the soulful rocker “Girl on Fire” and the Rolling Stones-esque hip-shaker “Don’t Lose Your Head.”

Otherwise, the setlist leaned heavily on the songs that made INXS massive superstars in the 1980s, such as a rollicking “New Sensation” and barn-burning “What You Need.” These tunes especially showed off the band’s chemistry and live prowess; the latter especially stretched out into a saxophone-laden jam.

Admittedly, there were some rougher moments during the show: “Don’t Change” was much slower than the hit version, and Hutchence’s voice sounds ragged on “Never Tear Us Apart.” He bounced back, however, with a slinky “Need You Tonight” and tossed in several exhortations of “Hallelujah!” and “Amen!” during a fire-and-brimstone take on “Devil Inside.”

The concert ended with an energetic take on 1990’s blues stomp “Suicide Blonde,” a big hit for the band. It was a perfect but bittersweet way to conclude things: INXS with Hutchence sounded vibrant until the last.

After their world tour wrapped, INXS had several big events planned for later in 1997, including high-profile 20th-anniversary concerts in Australia. The band members were hard at work practicing the day before Hutchence’s death; footage from rehearsals didn’t show anything to be amiss.

But Hutchence died on Nov. 22, 1997, in a hotel room in Sydney. The coroner ruled he died by suicide. INXS would later continue forward with singer JD Fortune but decided to cease touring in 2012.