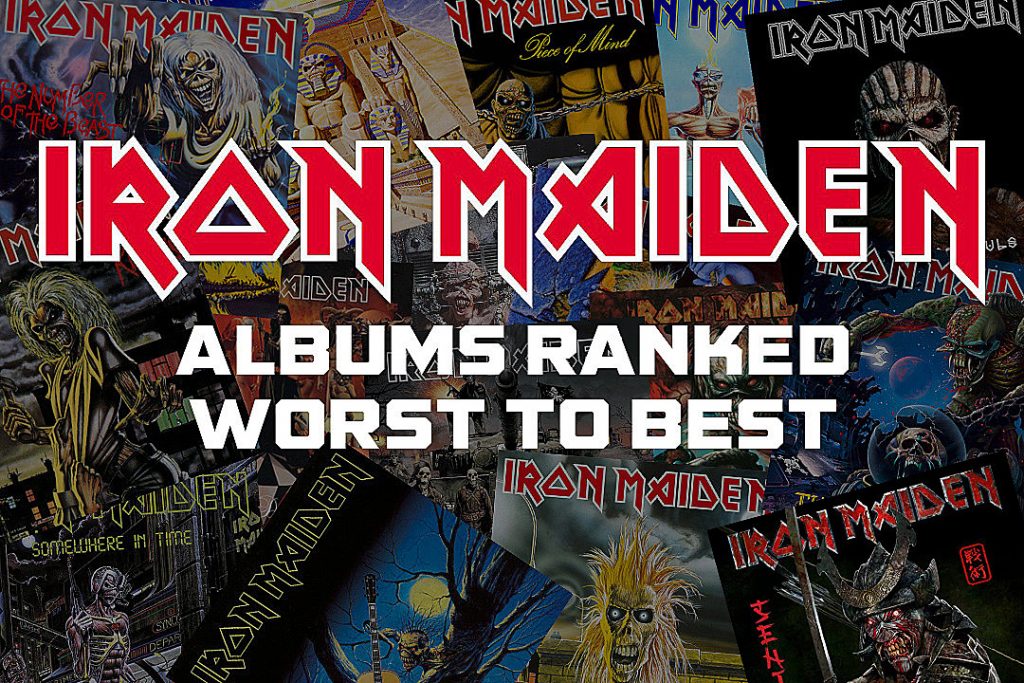 When ranking Iron Maiden albums, perhaps the most striking thing is that they succeeded despite changing lead singers on three separate occasions. (It’s four, actually, since one of them came back for a second run.) Few bands survive the loss of a single, recognizable voice so important to a band’s signature sound.

But then, Iron Maiden is clearly no ordinary band. Their sound and vision originates, instead, with bassist and chief songwriter Steve Harris, more so than the unquestionably talented vocals of Paul Di’Anno, Bruce Dickinson, Blaze Bailey (yeah, him too!) and then Dickinson again. Harris is the glue that holds together our list of Iron Maiden’s albums, ranked worst to best.