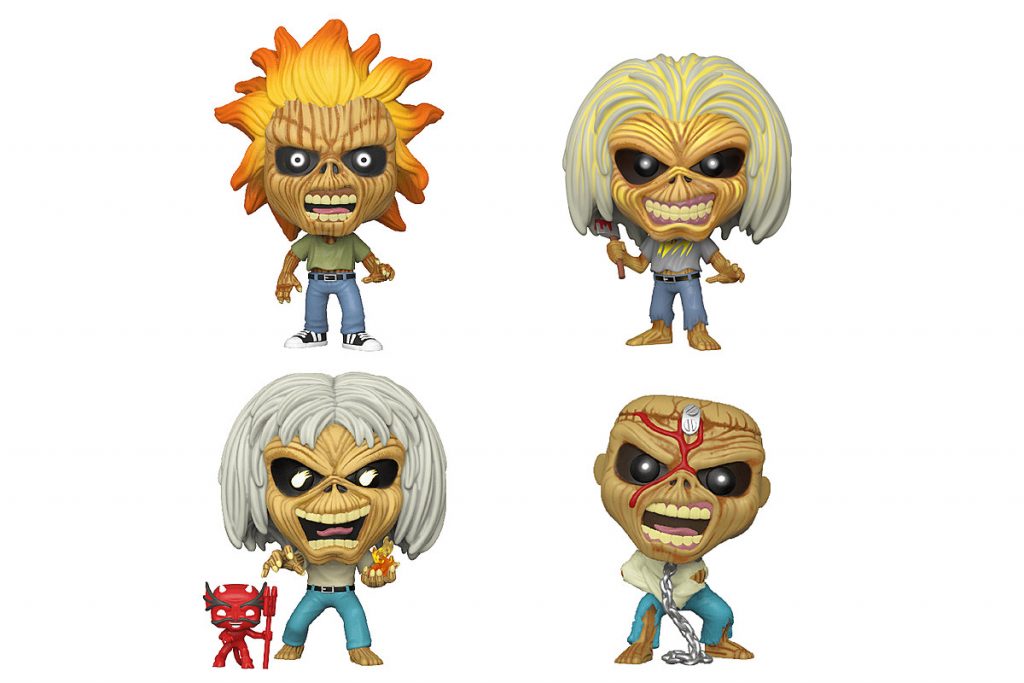 Iron Maiden are getting their own Funko Pop! figures.

However, unlike past rock-themed Funko releases that portray various members of a particular band, this time it’s the group’s mascot that’s being immortalized in plastic.

Four different versions of Eddie, the zombie-like character that has appeared on Iron Maiden’s albums, posters and t-shirts since their self-titled 1980 debut album, are on their way to stores.

Though an official release date was not revealed, all four versions are available for pre-order now. Funko also noted that this is “wave one” of the Eddie figures, suggesting that further collectibles will be coming at a later date.

Iron Maiden are no strangers to merchandising. Halloween masks, phone apps, a pinball machine, various beers and Angry Birds characters are just some of the items to be licensed by the group.

As for the band themselves, Iron Maiden recently announced 33 concert dates in 2020, an extension of their long-running Legacy of the Beast tour. The trek, which runs from May through July, will see the vaunted heavy metal group perform all over the globe, including stops in Australia, Japan and throughout Europe.

Check out many more rock-inspired Funko Pop! figures in the gallery below.