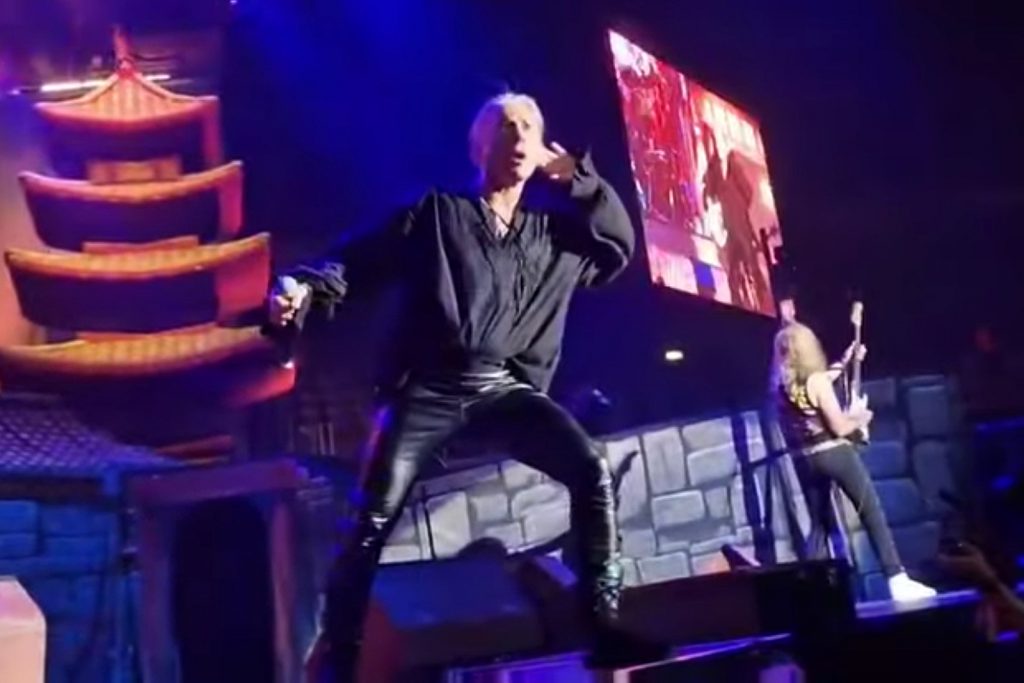 Iron Maiden resumed their Legacy of the Beast world tour Sunday, May 22 in Zagreb, Croatia, marking their first show since 2019.

You can see fan-shot videos from the concert, along with the full set list below.

The performance began with a trio of songs from Iron Maiden’s 2021 album Senjutsu. This was the first time that the title track, “Stratego” and “The Writing on the Wall” had been played in concert. Further set highlights included classic Maiden tunes “Flight of Icarus,” “The Number of the Beast,” “The Trooper” and “Run to the Hills.” The band closed their night with an emphatic rendition of “Aces High.”

Frontman Bruce Dickinson suggested earlier this year that Maiden would play a few new songs when they resumed their tour but would largely stick to the same set list, and they would consider doing a Senjutsu full album tour in smaller venues at a later date. “We’ve talked about doing the entire album start to finish, but not this time around,” Dickinson told the Talk Is Jericho podcast. “And we all appreciate that that is something that really diehard fans will probably love, [while] other people will go, ‘I’m not gonna go see that.’ So the answer is you play smaller venues so that they sell out with just your diehard fans.”

Dickinson said this decision was inspired partly by the fact that fans have already purchased tickets to the Legacy of the Beast tour with certain expectations, and partly because they’ve already constructed an elaborate stage show to accompany their performance. “People have all paid their money to see spitfires and flamethrowers and Icarus and everything that goes with,” he added. “So they’re going to get all that. But the first three tracks are probably going to be the first three tracks on the album. … Everybody should know the first three tracks.”

Senjutsu peaked at No. 3 on the Billboard 200, the band’s highest chart position to date. It marked Iron Maiden’s second consecutive double album behind 2015’s The Book of Souls.

Watch Iron Maiden Perform ‘The Number of the Beast’ in Croatia