Iron Maiden Release ‘The Writing on the Wall’ Single and Video 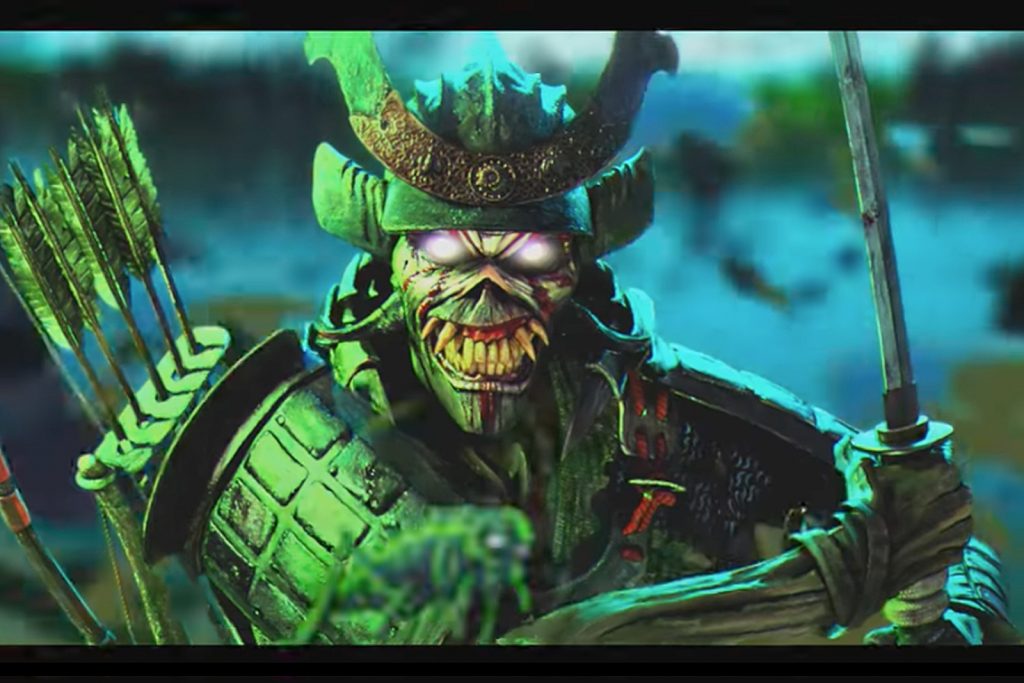 Iron Maiden have released a new song titled “The Writing on the Wall” along with an animated music video. Singer Bruce Dickinson and guitarist Adrian Smith cowrote the song, while longtime producer Kevin Shirley and bassist Steve Harris coproduced it.

A teaser video posted by the band last week hinted at the arrival of the song. “July the 15th. Rain or shine. Heaven or hell, man or beast, you’re invited to Belshazzar’s Feast,” Dickinson said from a theater balcony.

The promo campaign leading up to the song’s release has included multiple other clues and hidden messages, many seemingly implying the arrival of a new album by the band – its first in six years. Several of the images have included the acronym “WOTW,” which fans had begun translating as “writing on the wall,” a phrase born out of the story of Belshazzar’s Feast in the Book of Daniel in the Bible.

Dickinson noted the clues were all there “right in front of you” during a recent appearance on a British TV program. The singer has also dropped hints at concerts, saying “New Iron Maiden songs — sooner than you think” at a 2019 concert in California.

The music video for “The Writing on the Wall” is appropriately ambitious. It begins with a weary vagabond in a tattered Maiden shirt staggering through the desert, holding a flyer for Belshazzar’s Feast. The video then morphs into a Mad-Max-meets-Garden-of-Eden-style epic, full of rogue motorcyclists, gluttonous politicians and bloodthirsty, demonic creatures. Of course, the band’s famous Eddie mascot also makes an appearance, this time as a giant, robotic samurai.

You can watch “The Writing on the Wall” below.

This would be Iron Maiden’s first album of original material since 2015’s The Book of Souls, their longest record and first double LP, which was recorded in Paris with Shirley.

The producer also alluded to new Iron Maiden music in a post last year. “I left my family for Paris, where I spent the next three months working very hard on an unnamed but not-very-secret project,” he wrote. “I finished with a loud ringing in my ears.”