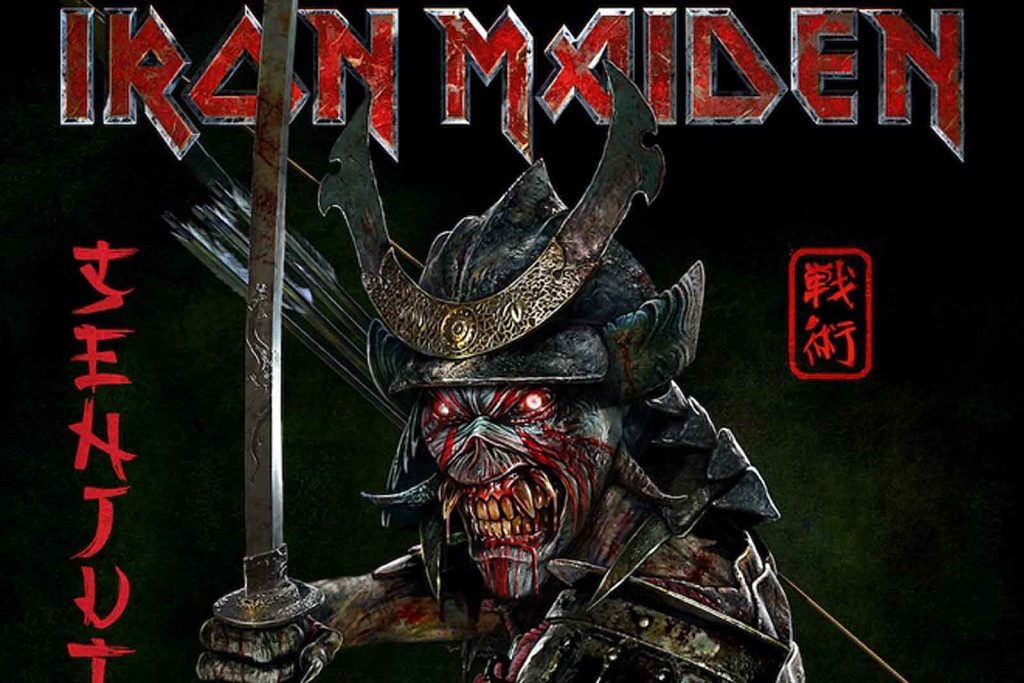 If it wasn’t for the glistening metal riffs and Bruce Dickinson‘s from-hell-it-came howl, Iron Maiden could easily be mistaken for a prog band. Songs that clock in at unacceptable radio lengths, subject matter that dates back centuries just as often it swings to an apocalyptic future, the precise way every single note is played – it’s all there.

After a four-decade career brimming with epic records in this vein, their 17th album, Senjutsu, may be one of Iron Maiden’s most epic. It’s certainly among their weightiest, as far as double albums with an average song length of eight minutes go. Settle in, though, because the journey can be as rough as it is long at times.

The rolling drums that kick off the title-track album opener, along with the demon samurai featured in the artwork, are a tip-off to the setting this time out. Inspired by Eastern mythology and other religious iconography (really nothing new here), Iron Maiden pick up where they left off on 2015’s The Book of Souls and exhibit a more primal approach to the music that long ago became second nature to them.

That makes for both a more exciting and an occasionally exhausting record as they scrape against conventions they helped invent (“The Writing on the Wall”) and find new angles to chisel to their liking (“Lost in a Lost World”). In some ways the shorter songs work better: “Stratego” and “Days of Future Past,” both less than five minutes, sound lean, focused and to the point compared to some of the album’s lengthier tracks.

But Senjutsu‘s heart beats inside the prog-sized epics. The last three songs clock in at more than 10 minutes each, all slow builds, duetting guitars and operatic heft to match the towering ambition. If it sounds somewhat familiar – recalling Iron Maiden’s past or progressive rock through the ages – that’s probably the point.

That they’re achieving this sort of consistency this deep into their career is worth something. That they’re still trying to top themselves, and nearly succeed at it, should be roundly applauded.