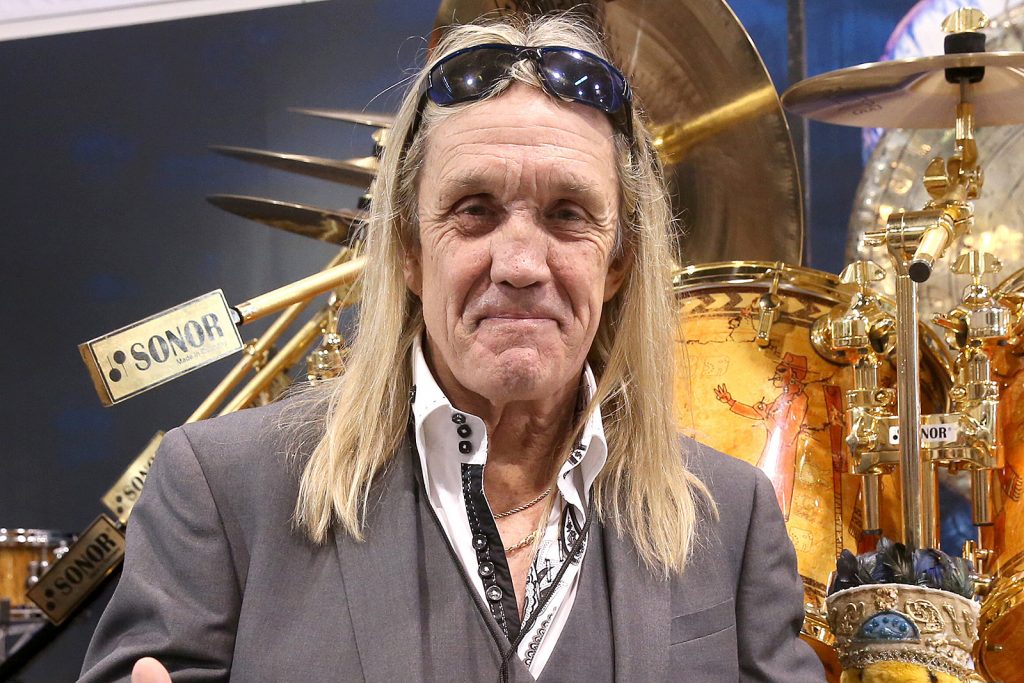 Iron Maiden‘s Nicko McBrain revealed in a little-publicized interview last year that he was diagnosed with stage 1 laryngeal cancer in 2020.

The drummer made the admission while speaking to the University of Miami’s Miller School of Medicine in September 2021, shortly after the release of Iron Maiden’s most recent album, Senjutsu. The interview flew under the radar until mainstream media outlets picked it up this week.

McBrain said he first noticed substantial changes in his voice in 2019. At first, he wrote it off as typical post-show hoarseness. “When I play drums with the band, I actually sort of scream and yell while I play, like a Judo guy slapping the mat,” he said. But as his ailment progressed, he realized it was more serious than previous issues.

“When you are lying down in a quiet room and you speak and hear your voice in your head and have a cold, you sound different,” he said. “This happened to me. I thought this is very reminiscent — this different-sounding voice of mine — to when I finish a tour or after a show. I didn’t have a cold or any symptoms of illness at all. I started to feel that I was clearing my throat more when I was in conversations. So, I just took it on myself to call my doctor.”

McBrain was diagnosed with stage 1 laryngeal cancer and promptly had it removed. The 70-year-old metal legend is now in remission and gets checkups every few months to make sure he stays that way, and he urges others to do the same. “I thoroughly recommend that anyone who may feel there is something different with their voice to go and get it checked out,” he said. “And don’t put it off. It was very good for me that I caught it in stage 1.”

Since undergoing treatment, McBrain has seen the release of Senjutsu, and Iron Maiden completed their Legacy of the Beast Tour in October. They’ll embark on the Future Past Tour, focusing on Senjutsu and 1986’s Somewhere in Time, in May.