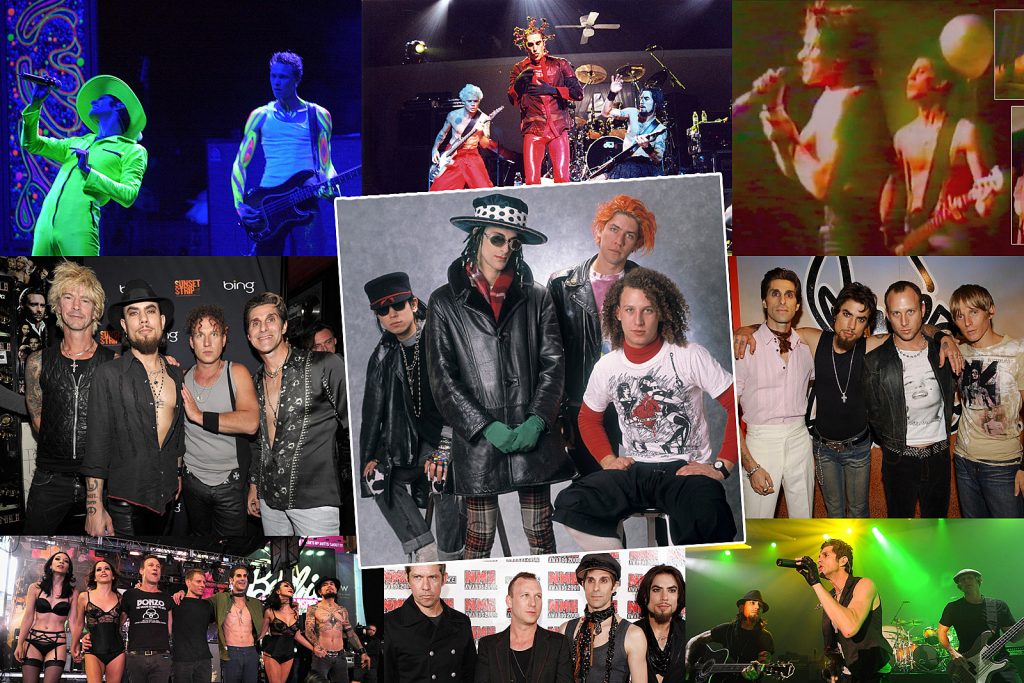 Jane’s Addiction emerged from Los Angeles in 1985. The group was founded by eccentric frontman Perry Farrell, who never made a secret of his desire for rock stardom.

“I used to look into the mirror and imitate Mick Jagger and David Bowie. But I knew that I could really sing too,” Farrell explained to The Guardian in 2020. “I moved to Hollywood and got turned on to the world of post-punk. Everybody had a spin on fashion: what they listened to affected what they looked like.”

“I found this great, white elephant house on the edge of Silver Lake, on Wilton [Drive], which we called the ‘Wilton Hilton,’” Farrell recalled to Spin. “That’s where Jane’s Addiction was conceived. We had other groups in that house, so everyone was vying to get into the garage to rehearse. There was all sorts of crazy fun and tragedy in that place. But it’s where we cut our teeth and became a legend.”

At a time when the Sunset Strip was dominated by such glam metal groups as Motley Crue, Ratt and Poison, Jane’s Addiction offered something different. The guitars were a still loud and the tunes were still powerful, but the songs were wrapped with dirty, raw musical elements absent from other group’s material. Blending post-punk, psychedelic, funk, hard rock and a bevy of other influences, Jane’s Addiction crafting their own style which eventually paved the way for the alternative rock revolution.

Of course, Farrell didn’t blaze this trail alone. Though he is the only member to appear in all of the band’s iterations, guitarist Dave Navarro and drummer Stephen Perkins have also been constants in the group, dating back to 1986.

Here’s a look at all the lineup changes Jane’s Addiction has undergone.

Perry Farrell’s group has endured a steady stream of changes over the years.