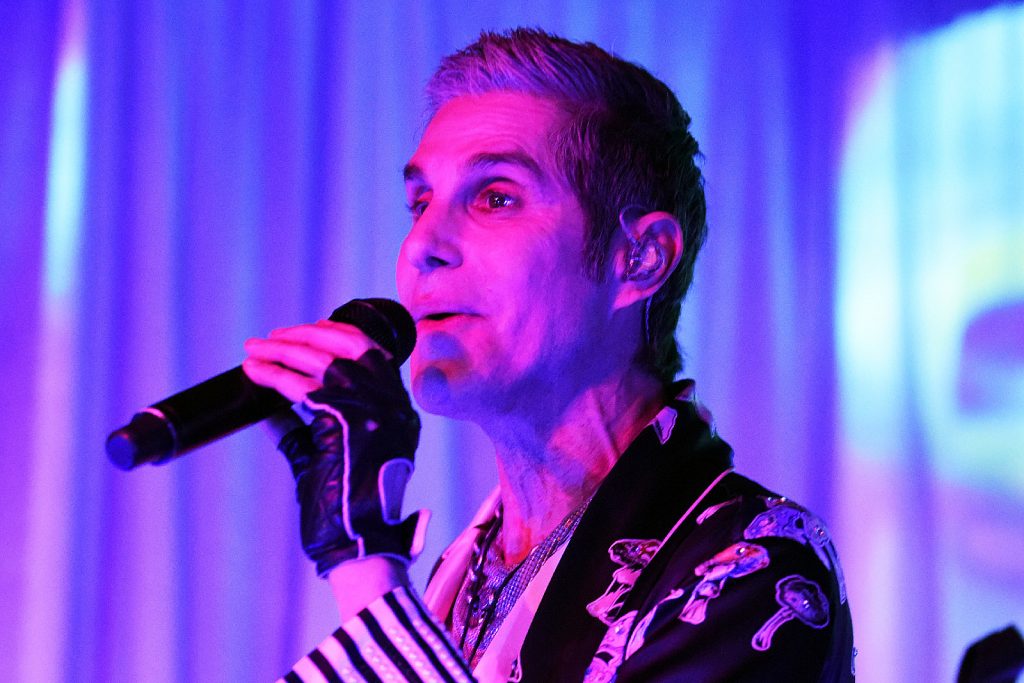 Jane’s Addiction frontman Perry Farrell reported that the band will start recording new music in August, ahead of their tour with Smashing Pumpkins.

In a recent interview with Spin, Farrell said he’d be busy with three of his groups in the coming weeks, and was also considering working on a protest folk music project.

He said of working with Jane’s Addiction, who released their most recent album, The Great Escape Artist, in 2011: “When I came into this art form, the process for us was it took rehearsing in a garage for two, three years to come up with those songs that we ended up with on our records.”

He continued: “Now, I don’t have three years to mess around with these guys. I don’t know if in three years I’ll be around, right? But the way recording is today, and with our ability to collaborate in new ways and from long distances via the internet, we can still be creating. Even though we can’t get together in that garage five times a week, that doesn’t mean we won’t come up with something as good or better as we did back then. I’m expecting to. I’m really counting on us coming up with the best material we’ve ever done.”

Farrell accepted that, despite years of strong connections, Jane’s Addiction and Smashing Pumpkins weren’t obvious tourmates. But he explained the road trip – which runs from Oct. 2 until Nov. 19 – had been Billy Corgan’s idea: “[H]e approached us, and what I found interesting about Billy’s offer is that we’re going to share production. So I have the ability to make a show that is as grand as his. And I like that a lot. Because there’s something unique about Billy – not only in his music, but in the fact that he puts his time into producing a show that is not just musical, but also visceral.

“You’re being lit up by lights and video and costuming and all these things. It’s a proper show. I think a lot of people today, they get up there on the stage and they’re just greedy – they don’t want to put out for any of those other things that, I would say, you expect when you’re coming to a concert. Don’t you want see the band up there all sexy, and check out what they’re wearing, and have the lights creating drama? And then, of course, there’s the sound, and the sound’s going to be fantastic at these shows.”

Farrell revealed his interest in another style of music by saying: “I really want to get into some protest folk right now. I think the world could really use protest folk.” He went on: “Now, would protest folk be the greatest thing to hear at a large festival? Maybe not. But that doesn’t mean I don’t want to make it. … You just have to consider where you’re going to be performing, and who you’re going to be performing for, and what your personal desires are for creating and recording and playing.”