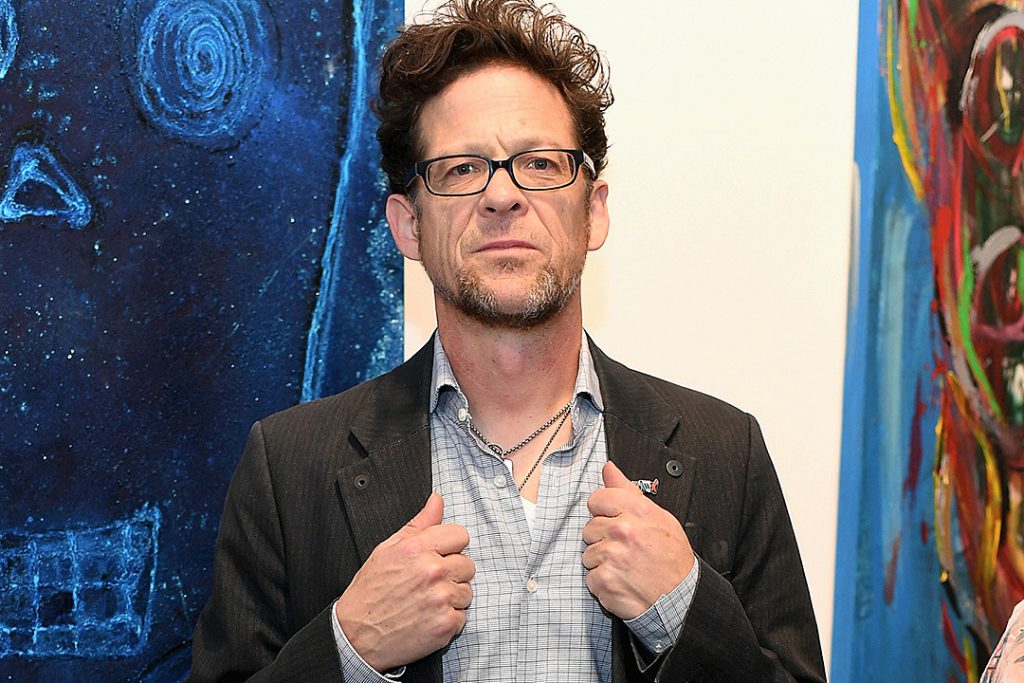 Former Metallica bassist Jason Newsted revealed his anger over his published comments about Alex Van Halen’s plans for a Van Halen tribute tour, saying it had made him consider never being interviewed again.

Newsted’s quotes led to worldwide speculation, while both ex frontman David Lee Roth and virtuoso guitarist Joe Satriani confirmed discussions had taken place for such a project, and Satriani expressing surprise that Newsted had made it public.

In a conversation with 98.7 The Gater (video below), the bassist said: “That was bad, dude. I’m not happy about that. I’m really, really not happy about that.” He explained he’d only agreed to the controversial interview in order to promote a benefit concert in aid of a kids’ arts charity tonight (Apr. 23). “We do benefit shows to put paintbrushes and guitars in kids’ hands,” he said. “That’s what I’m doing now.… we do benefits, period, for art programs for kids.

“I agreed to do that interview… to forward the information about the Goldner Conservatory at the Maltz Theatre that’s gonna have classes for kids and do exactly what I said. So if I go to talk about that, and I mentioned two little things over here about the calls that I’ve received in the past 20 years from whoever it is… I talked about two seconds about that, and that’s what they chose to go for. They didn’t talk about the conservatory, the kids’ classes, the things that we’re doing.”

Newsted – who reported that the journalist in question had been “uninvited” to tonight’s show – argued that there wasn’t much about his career that hadn’t been discussed “700 times.” He continued: “[W]hy are you asking me that question again? It doesn’t make any sense. Let’s get on to what we’re getting on with. There’s a future here. Everybody knows about my past. Let’s please talk about what’s coming, not what has already happened.”

He emphasized: “That really rubbed me wrong,. I don’t know what interviews I’ll do again. I’m not sure if I’ll say yes to anything.”

Newsted and his Chophouse Band appear tonight at the Maltz Jupiter Theatre in Jupiter, FL, in aid of the establishment’s Goldner Conservatory of Performing Arts program. They’ll deliver “classic folk songs from legendary acts of the likes of Johnny Cash, Tom Waits, Neil Young, Bob Dylan, and many more.”