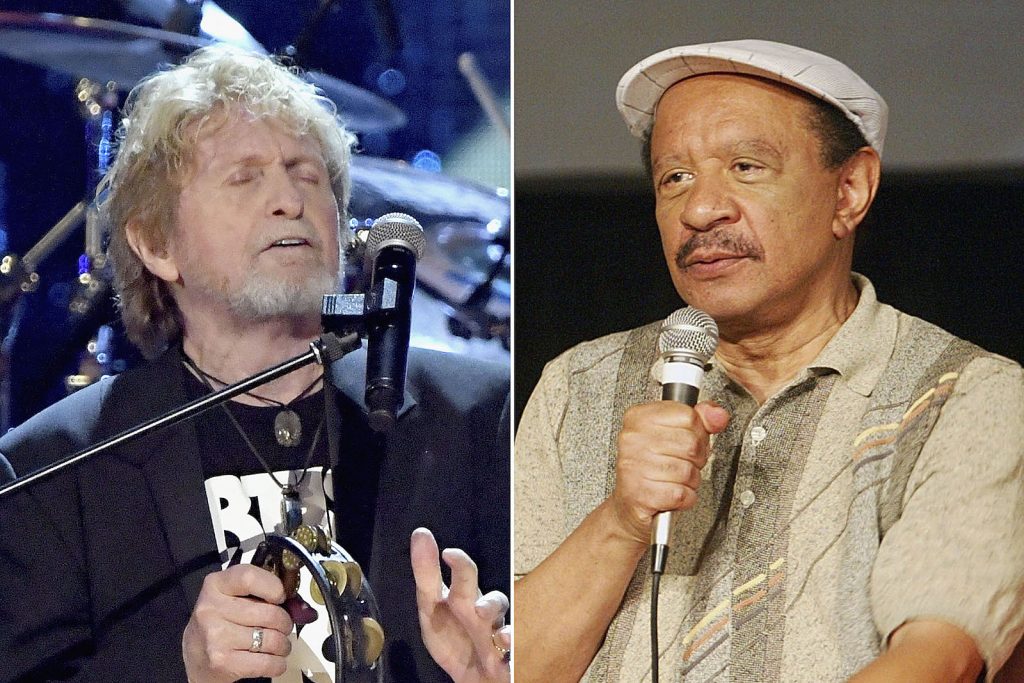 Sherman Hemsley, the late actor best known for the role of scheming George Jefferson in The Jeffersons, was an unlikely fan of progressive rock. In fact, he dropped a major clue in a scene from the hit sitcom, which ran for 11 years through 1985.

Hemsley briefly dances to a snippet of Nektar’s song “Show Me the Way” from 1974’s Down to Earth during an early episode of The Jeffersons. When his TV son Lionel switches off the boom box, Hemsley’s character says: “Great music! What’d you turn it off for?”

It was a sentiment Hemsley carried with him in real life: Set to play a comedy taking place in Cherry Hill, N.J., just before Yes released 2011’s Fly From Here, Hemsley told The Intelligencer: “I can’t wait for the new Yes album. I love music of all kinds, but, yes, I love prog rock.”

Born on Feb. 1, 1938, Hemsley dabbled in jazz piano before taking up acting. He started out onstage and initially stuck with theater when asked to play a guest-starring role as George Jefferson in Norman Lear’s All in the Family. Once Hemsley finally relented, the character became so popular that a spinoff was created. Hemsley would also appear as Jefferson on The Fresh Prince of Bel-Air, in a string of popular commercials and briefly on Broadway.

Along the way, Hemsley tried to turn host Dinah Shore on to Gentle Giant during a ‘70s-era appearance on her talk show. He reportedly mentioned the “far out sounds” of Nektar and Yes in a TV Guide interview, too.

Hemsley also memorably contacted Gong’s Daevid Allen in the late ’70s, hoping to renew interest in their 1973 Flying Teapot LP through a Los Angeles billboard campaign. Allen, then living in Spain without access to a TV, was unaware of Hemsley’s stateside fame.

“He called me from Hollywood saying, ‘I’m one of your biggest fans, and I’m going to fly you here and put flying teapots all up and down the Sunset Strip,'” Allen told Magnet in 1999. “I thought, ‘This guy is a lunatic.'”

Allen ultimately agreed to meet with Hemsley, but only after wrangling a side trip to Jamaica. Allen claimed he was going to take part in a recording session, but the visit was actually meant to be a free vacation with his girlfriend.

“I thought, ‘Well, even if he’s a nut case at least he’s coming up with the goodies,'” Allen surmised. “The tickets arrived and we had this great honeymoon in Jamaica. Then we caught the plane across to L.A. We had heard Sherman was a big star, but we didn’t know the details. Coming down the corridor from the plane, I see this black guy with a whole bunch of people running after him trying to get autographs.”

Ultimately, Allen and Hemsley’s chosen PR firm couldn’t come to an agreement on the promo campaign, and nothing came of the idea. “I just wanted out of there,” Allen added. “I liked Sherman a lot. He was a very personable, charming guy. I just had a lot of trouble with the people around him.”

In fact, their only disagreement was over pot. “We get into this stretch limousine with Sherman, and immediately there’s a big joint being passed around,” Allen told Magnet. “I say, ‘Sorry man, I don’t smoke.’ Sherman says, ‘You don’t smoke, and you’re from Gong?’

Hemsley even tried his hand at making progressive rock, though nothing was ever released. In 1999, he told the webmaster at Yes’ official site that he was at work on a musical titled Festival of Dreams with lyrics written by longtime frontman Jon Anderson. The project was reportedly to focus on the “spiritual qualities of the number seven.”