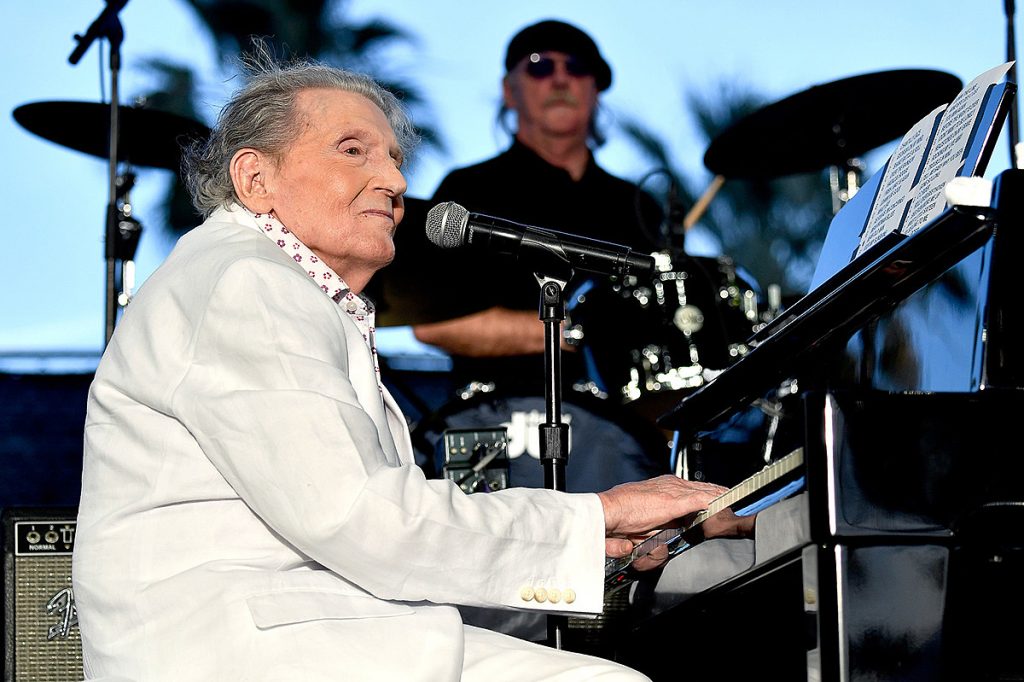 The 84-year-old rock ‘n’ roll pioneer didn’t even want the instrument in the studio, since he was planning to record only vocals for the record. When he sat down at the keys after 12 months away, however, he found he was able to use the right hand that he believed had stopped responding.

Rolling Stone reported that even though “his team described the stroke as ‘minor’ at the time, it wasn’t.” Lewis spent three months learning to walk afterward and didn’t expect to recover the use of his hand.

“I couldn’t believe it,” Lewis said of the moment he began playing again last month. “I never experienced anything like that.” He added that the stroke “was very challenging, and it was a very emotional experience. I didn’t know what was going on. I woke up in the hospital. And I just did some heavy praying, and tried to get back on the right track.”

“I was in shock, for starters, that we were even there,” producer T Bone Burnett noted. “He went from saying, ‘I can’t play piano’ to sitting down, picking up his right hand and playing. His family all welled up. That’s the power of love, you know?”

Lewis’ wife said her husband was in better health than he’s been in years and that he no longer needed an oxygen bottle by his side. Lewis agreed that his firebrand days were long behind him, saying he spent most of his time at home watching TV, continuing his exercise regime and calling fellow music legend Little Richard. “We talk about old times, and good times, and what’s going on in our health,” he said. “He’s a good friend of mine.”

He said his travels sometimes took him past the old Sun Records Studio in Memphis where he recorded his early classic songs and that “precious memories” passed through his mind when he did.

Details of the album, a long-planned set of gospel classics, will be revealed soon.