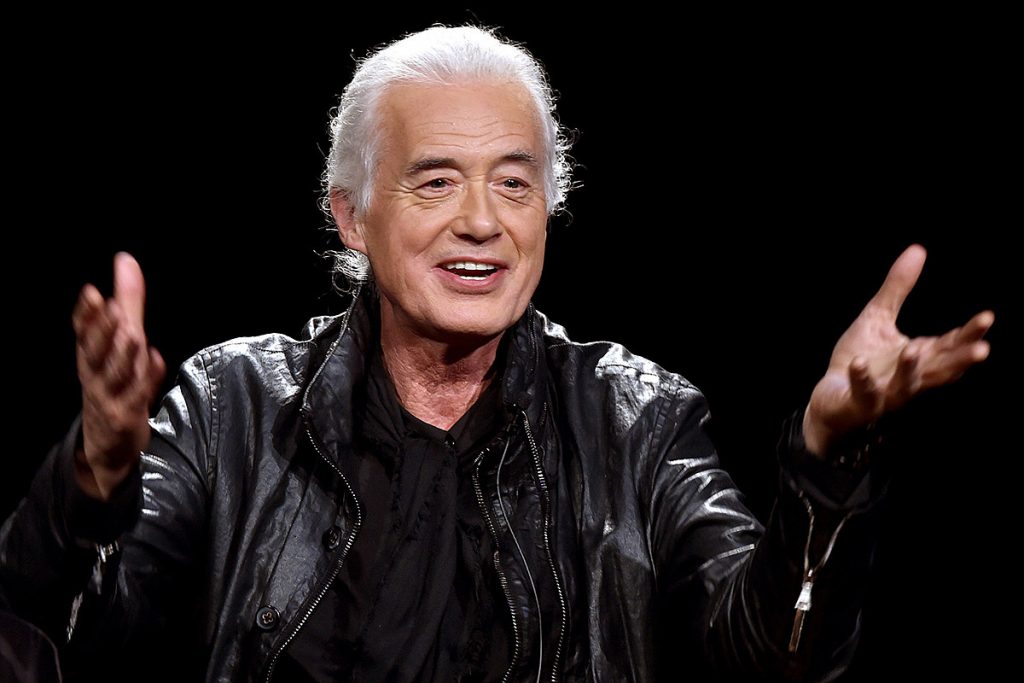 Jimmy Page recalled the moment in 1995 when he and Led Zeppelin bandmate Robert Plant, along with Roger Taylor of Queen, stepped in to rescue a TV awards show.

India’s Channel V were presenting their first-ever live ceremony and had invited Page and Plant to accept a lifetime achievement award. However, the pair were asked to help when the evening’s star guests had to cancel at short notice.

“The highlight of the show were to be Los Del Rios, whose ‘Macarena’ song was a global hit at the time,” Page said via his Facebook page. “Unfortunately at the last minute the duo pulled out of the trip as one of them had developed a sore throat; which was quite ironic considering they were going to mime. As it was, the chief dancer and choreographer of their video was to perform the song on her own.”

He continued: “I believe this was the first time Channel V was doing this on an international level and now they had a bit of problem. They approached us to do something and of course we didn’t have any instruments and hadn’t rehearsed. It was suggested that we could mime ‘Rock and Roll’ with Roger Taylor from Queen on drums (who was there to accept an award on behalf of Freddie Mercury) and a bass player from Goa.”

Explaining that he “felt sorry” for the TV station, Page took part in a “quick rehearsal” with Plant, Taylor and Indian multi-instrumentalist Remo Fernandes on bass. “During the rehearsals the Goan bass player was well behaved,” Page reported, “but when it came to the show he suddenly developed a dose of Saint Vitus Dance and transformed into Billy Whiz crossed with the Flash. He couldn’t stop moving throughout the song and made it even more of a pantomime than it already was.”

He added: “But hey, we did it, and it was real good to be part of this special award show, which is still being aired today.”

In 2016, Indian journalist Narendra Kusnur recalled how he’d been tipped off that Page and Plant were arriving for the award show and managed to intercept them at the airport. “Suddenly heard a devilish scream,” he wrote. “It was a formally dressed brunette. ‘Who told you of this? I shall have you sacked. It was a secret to have them suddenly up on stage. If it’s someone from Channel V, we’ll catch the next flight back.’ … Plant pacified the lady: ‘…I always admire people with enterprise. He’s got his scoop.’”

Kusnur said he hadn’t recognized Page, who’d recently had his hair cut. “He joined the fun. Did an impromptu ‘Stairway to Heaven’ on air guitar, while Plant sang. People walked by. Nobody knew them.” He added: “Plant and Page appeared at the awards, with Queen’s Roger Taylor on drums and Remo Fernandes on bass. The song was ‘Rock and Roll’. Now, the sad part. They synced it. Not live. Certainly not rock ’n’ roll. Tragedy!”