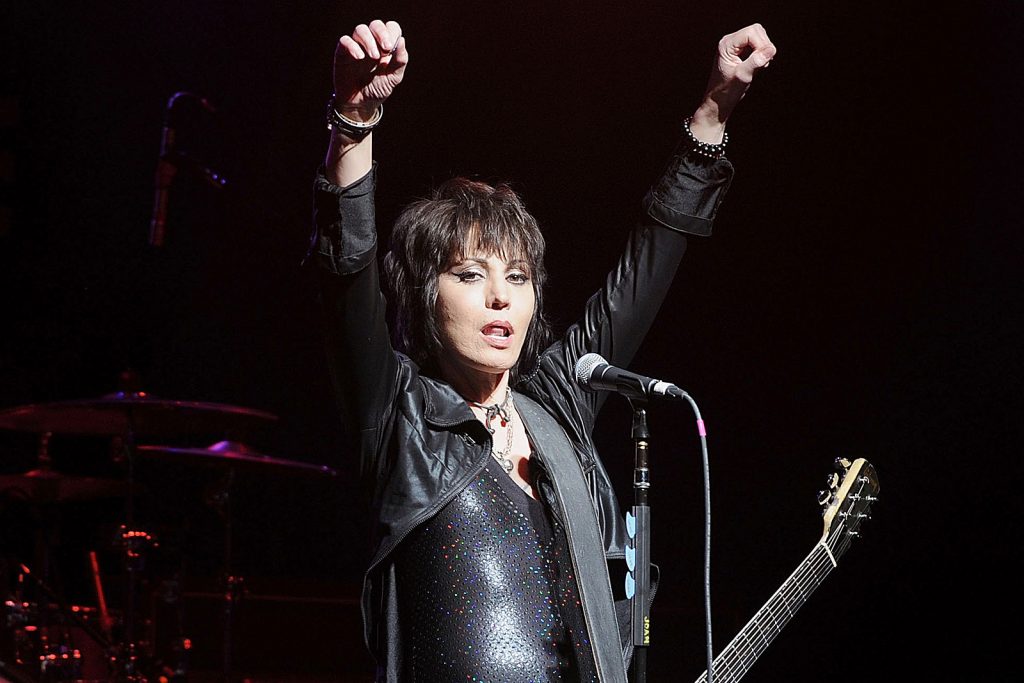 Joan Jett & the Blackhearts heated up an already-sun-kissed crowd at Atlanta’s Truist Park on the first night of the long-awaited Stadium Tour, a lineup which also featured Motley Crue, Def Leppard and Poison.

Jett began her set with “Victim of Circumstance,” the high octane album cut from her 1981 LP I Love Rock ‘n Roll. From there, she launched into “Cherry Bomb,” one of two songs in the set from her years in the Runaways.

Other performance highlights included some of Jett’s famous covers, including renditions of  “Light of Day” (Bruce Springsteen), “Everyday People” (Sly & the Family Stone) and “Crimson & Clover” (Tommy James & the Shondells).

The Stadium Tour has been a long time coming. Originally scheduled for summer 2020, the trek was postponed first to 2021, and ultimately to 2022 due to the COVID-19 pandemic. In the interim, Jett released her first-ever acoustic album, Changeup, featuring new renditions of several of her most popular songs. The Rock & Roll Hall of Famer only delivered one unplugged song during her set — “(I’m Gonna) Run Away” — and admitted it felt a little strange to perform acoustically.

Jett also recently made headlines by trading barbs with Ted Nugent, who criticized her inclusion on Rolling Stone‘s 2003 list of the 100 greatest guitarists (a list that has since been updated more than once). When asked about Nugent’s complaints, Jett told NME, “Well, that’s just typical – it’s what I’ve dealt with my whole life, being written off. Ted Nugent has to live with being Ted Nugent. He has to be in that body, so that’s punishment enough.”

Jett, meanwhile, will get to reap the benefits of the Stadium Tour for the rest of the summer. The trek will traverse North America before wrapping on Sept. 9 in Las Vegas.