Joe Lynn Turner Recalls His One Album With Deep Purple 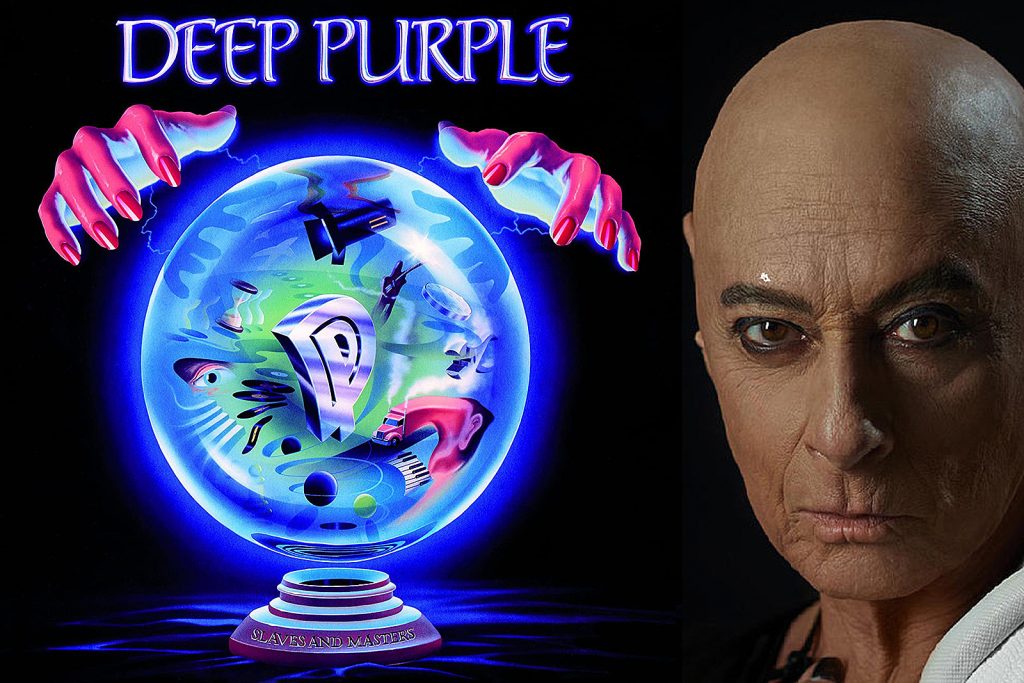 Joe Lynn Turner admitted it was a disappointment to be released from Deep Purple after just one album in 1992, but he said he remained proud of his time with the band.

He was hired in 1989 after classic-era singer Ian Gillan’s dismissal and recorded 1990’s Slaves and Masters. He was involved in pre-production work for The Battle Rages On … but didn’t get to complete it because the band invited Gillan to return in 1992.

In a new interview with BraveWords, Turner recalled how he got the job after Deep Purple held auditions for other singers. “I was the last-minute call because at that point Colin Hart, the road manager, called me up and said, ‘You fancy coming up for a month to audition?’” he explained. “And I said, ‘I gotta audition?’

“So I drove up for a month, and there they were in this beat-up, old, abandoned ski lodge, in the bar area, stinking of cigarettes and beer. … As soon as I walked in, [Ritchie] Blackmore started playing and I went up to the mic. And then Jon Lord, rest his soul, he started playing this piano bit, and that turned into ‘The Cut Runs Deep,’ right there and then.”

Turner recalled that “they looked at each other after the jam and said, ‘He’s the guy!’ … And that’s how it happened.” Noting he had other offers on the table at the time, including gigs with Foreigner and Bad Company, he insisted, “I went, ‘I want to go with Purple,’ and that’s what I did. And I never looked back, and I don’t regret a damn minute of it.”

Turner said he was fully informed when the band chose to reconnect with Gillan. “It was, I have to say, a disappointment, but I knew what was happening,” he explained. “I knew why it was happening. I knew that they got this huge deal from BMG to get Gillan back in the band. You can’t pass up a couple of million dollars like that. So they were like, ‘Joe, sorry.’

“Everyone likes to say ‘Joe was fired,’ but I wasn’t really fired. … I said, ‘Let me bow out to let Purple come forward again.’ Because I’ve always loved Purple.” He added that he was proud that drummer Ian Paice described him as “the link” that allowed the band to continue into the current era.

Accepting that Slaves and Masters isn’t regarded as one of Deep Purple’s most popular works, Turner argued that “we got so much flak for that album, but you listen to that album – it’s a damn good album.”

Charting more than 50 years of changing faces in Deep Purple.