Joe Satriani ‘Forced’ to Change ‘Surfing With the Alien’ Cover 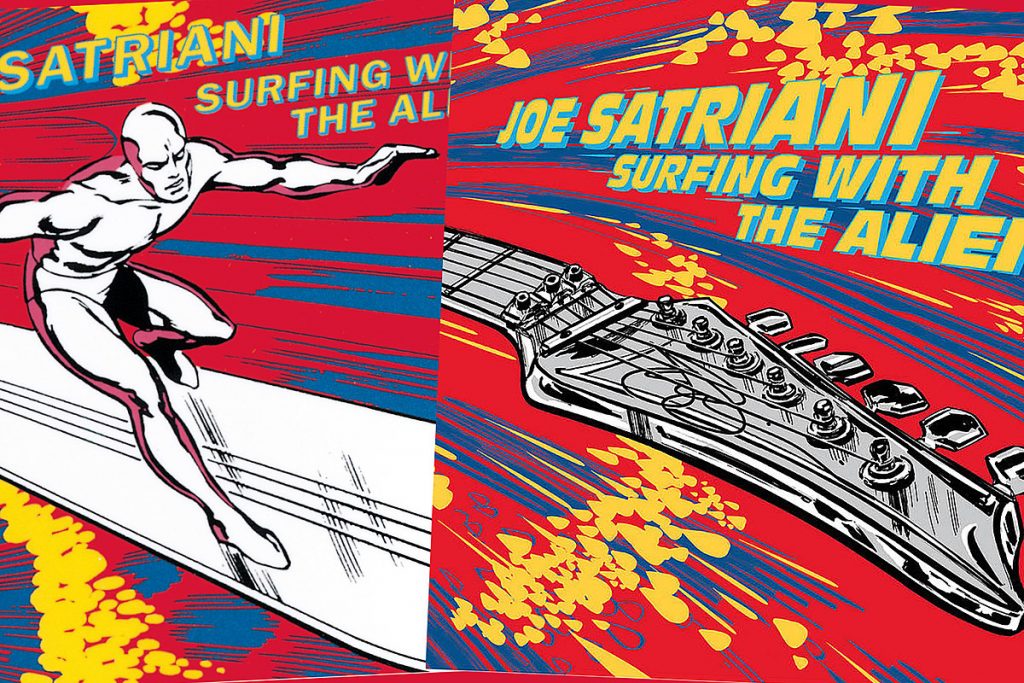 Joe Satriani says he was “forced” to come up with an alternative version of the cover for his classic 1987 album Surfing With the Alien as a result of licensing costs.

In addition to the regular album, a newly-released deluxe edition of Surfing with the Alien also includes a  “stripped” version of the LP, with the original backing tracks from his 1987 release, but all his solos and melodies have been removed. It was launched as a limited-edition run of 3,500 copies for Record Store Day’s Black Friday on Nov. 29.

It also features new artwork, with Satriani’s guitar replacing the comic book world’s Silver Surfer on the cover. “Due to the ever increasing costs of licensing the Silver Surfer artwork from Marvel we were forced to come up with a new cover,” Satriani explained in a statement accompanying the release. “Seeing my chrome guitar bursting through a multicolor wormhole seems quite fitting. It’s as if it always belonged there.”

He also explained that he’d resisted the idea of the “stripped” album because he “didn’t want to reveal what I always thought should stay a secret.” He continued: “When I build a track from scratch it’s a kind of musical alchemy, a mixture of voodoo, mojo, blood, sweat, tears, prayers… and a lot of hard work.” Each track, he said, had to inspire and challenge him. “I cherish them because of this. So, it’s no wonder I’ve been reluctant to release them.”

However, Satriani described himself as “excited about pulling back the curtain on these magical sessions,” and emphasized that nothing had been added although “some instrument levels were adjusted in the mix to compensate for the missing melody and solo performance.” He concluded: “You can play along with these tracks or just sit back and enjoy the mixes as they are.”