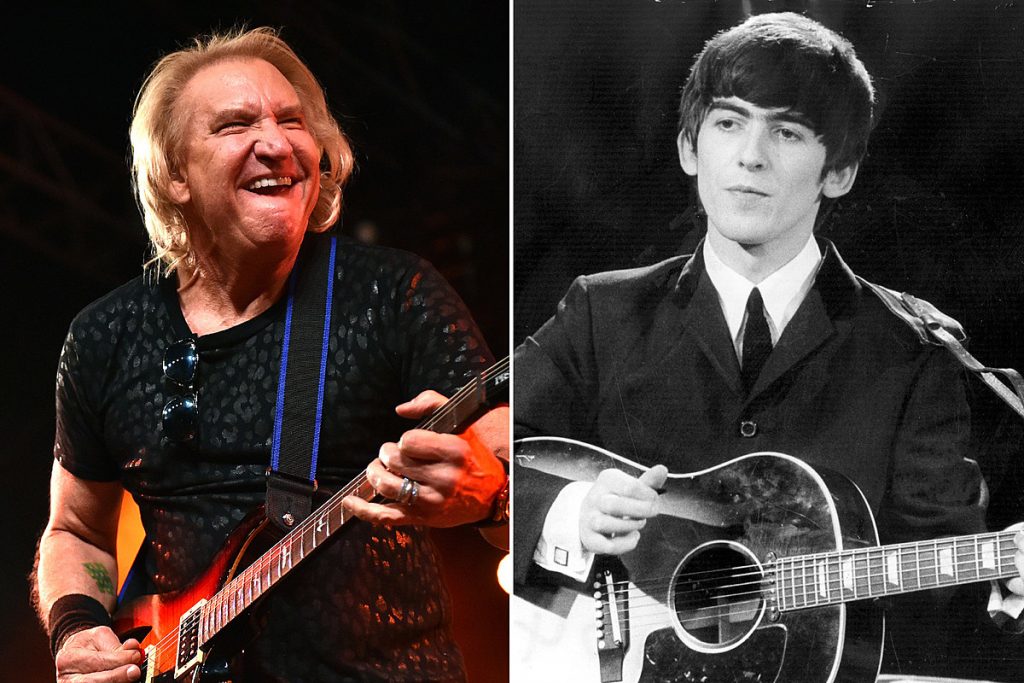 Eagles guitarist Joe Walsh said he was delighted with his contribution to “Grow Old With Me,” a John Lennon song that appears on Ringo Starr’s new album, What’s My Name.

The recording also features Paul McCartney on bass, while a string backing is taken from a George Harrison composition, making the song a sort of Beatles reunion.

Walsh – who’s also Starr’s brother-in-law – admitted he was uncertain about how to approach the session. “Oh boy, that was great,” he told Billboard in a new interview. “It sounds just like the Beatles. At first I didn’t know what to do, but I think I really nailed it, and I’m so proud of it. I just thought, ‘What would George do?’ And went with that. It’s a real honor and privilege to be on a song like that.”

He also reflected on the experience of Eagles performing their classic album Hotel California in full, accompanied by an orchestra and choir. “There’s stuff on that album we never played,” he said. “We had to go back and figure ‘em out, and it was a lot of work. I had to go back and really study, so playing the whole thing live really took some focus, and somehow we tamed the orchestra so it doesn’t overwhelm the show – it enhances it.”

Walsh added that “when I got a chance to finally just sit back and be part of it and hear the orchestra behind us, I got emotional.” The full-album show, which was originally presented during a limited Las Vegas residency, hits the road for a series of dates next year.