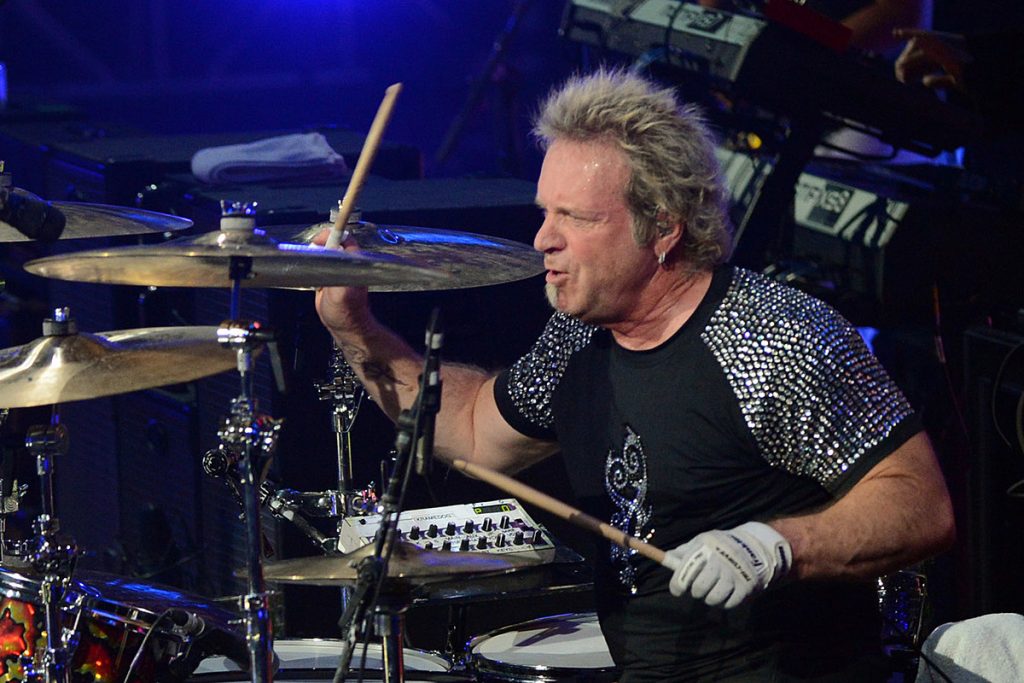 According to a new report, Joey Kramer is suing his Aerosmith bandmates on the grounds that they’ve prevented him from performing with them.

TMZ reports that it all stems from a shoulder injury Kramer suffered last April — described at the time as “minor” — which caused him to miss the last few dates of the first half of Aerosmith’s Deuces Are Wild Las Vegas residency. His place in the band for those shows was taken by his drum tech, John Douglas.

According to the report, Kramer was required to audition earlier this month by drumming along with a click track to show he was “able to play at an appropriate level” — something no other Aerosmith member has ever had to do after an illness. After listening to the tapes, the other band members determined that the drummer “did not have enough ‘energy’ in the recordings.”

As a result, Kramer will not be performing with the band in the near future. That includes the MusiCares Person of the Year benefit concert this weekend, the Grammys telecast — where Aerosmith are scheduled to perform “Walk This Way” with Run-DMC as part of what’s believed to be a career-spanning set — on Jan. 26 and the next leg of the group’s Vegas residency, which begins on Jan. 29.

TMZ notes that in addition to Kramer being required to pay his replacement $10,000 a week for rehearsals and $20,000 a week for performances, the drummer has experienced “significant repercussions” to his health from all the stress, which led to a hospital stay in November. He’s hoping the lawsuit will return his place back in the band and prevent “irreparable harm” to his career.