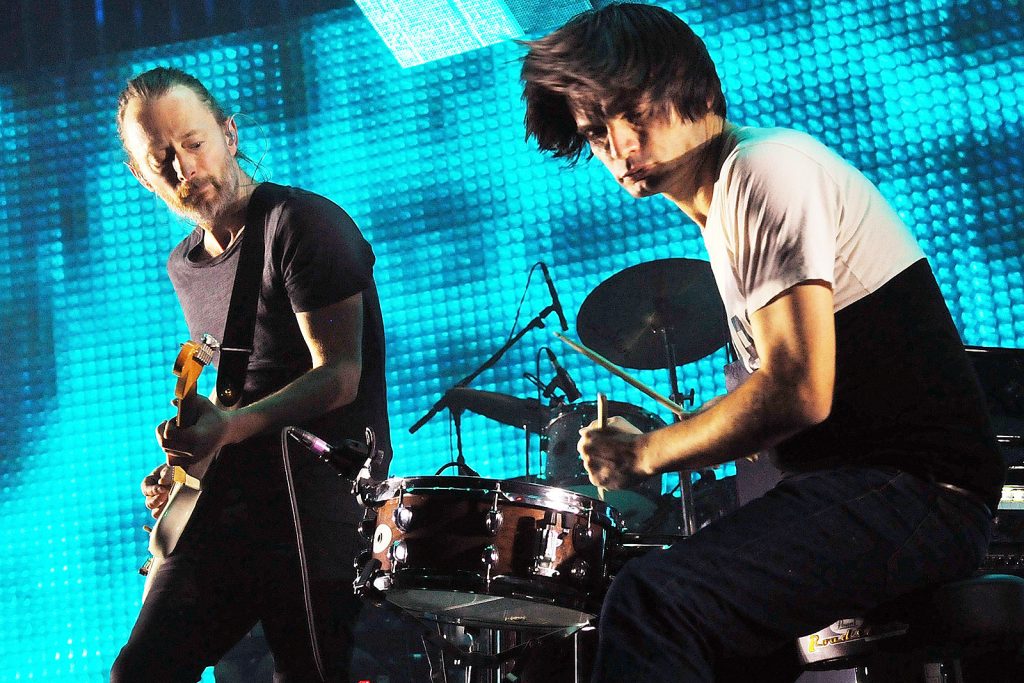 Radiohead’s Jonny Greenwood said he secured his position in the band by keeping his keyboard switched off for the first few months of rehearsals.

He’d joined as replacement for a previous keyboardist who’d upset the group with his approach to music, so Greenwood decided to take a cautious approach to his new role. It paid off when frontman Thom Yorke complimented his contribution even though he was just miming.

“I think they didn’t get on with [him] because he played his keyboard so loud,” Greenwood told NPR in a recent interview. “And so when I got the chance to play with them, the first thing I did was make sure my keyboard was turned off.” He added that he “must have done months of rehearsals with them” while they failed to notice he wasn’t adding any music to their mix.

“They made quite a racket, quite a noise. It was all guitars and distortion. And so I would pretend to play for weeks on end and Thom would say, ‘I can’t quite hear what you’re doing, but I think you’re adding a really interesting texture, because I can tell when you’re not playing.’ And I’m thinking, ‘No you can’t, because I’m really not playing!’ And I’d go home in the evening and work out how to actually play chords and cautiously over the next few months, I would start turning this keyboard up. And that’s how I started in with Radiohead.”

Greenwood has recently been working alongside Yorke in offshoot project the Smile, while his soundtrack for the movie The Power of the Dog was recently nominated for an Oscar.