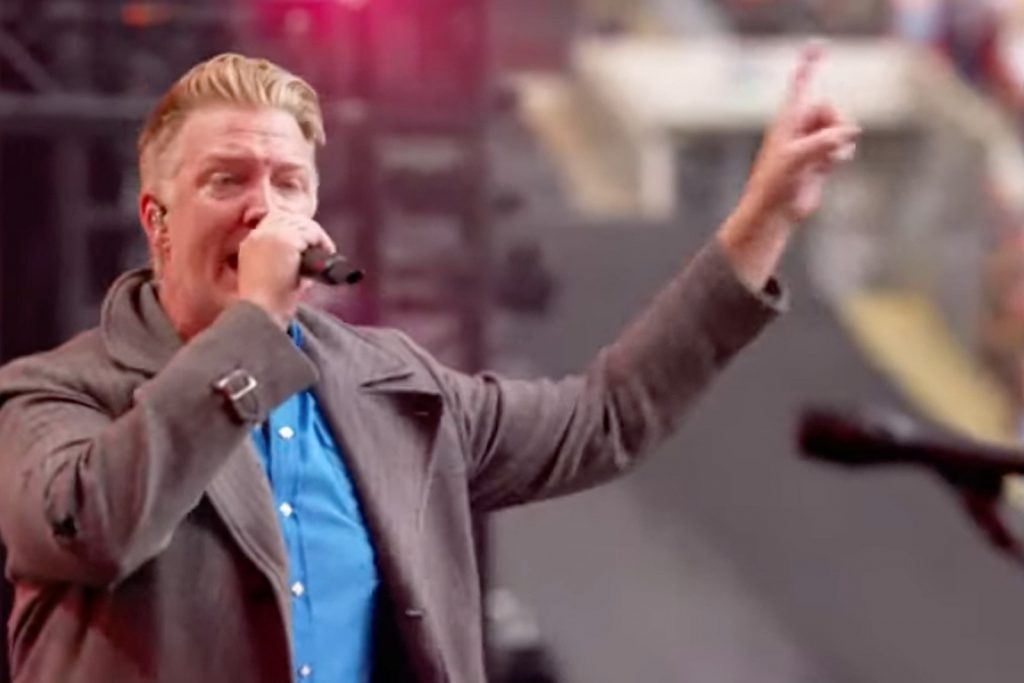 After an intro from comedian Dave Chappelle, the makeshift band — also featuring bassist Chris Chaney, of Jane’s Addiction and Hawkins’ NHC — opened with a rendition of Bowie’s “Let’s Dance.” Queens of the Stone Age and Them Crooked Vultures frontman Josh Homme led the group, delivering a vocal performance that was startlingly faithful to the original.

Homme ceded the microphone to Supergrass frontman Gaz Coombes for the band’s second and final tune, “Modern Love.” Both songs appeared on Bowie’s 1983 album Let’s Dance, which Rodgers co-produced and on which Hakim drummed.

Before they began playing, Rodgers explained that Chic also performed at Estereo Picnic in Bogota, Colombia, the festival Foo Fighters were set to headline on the night Hawkins was found dead in his hotel room at age 50. Rodgers said Chic and Foo Fighters were supposed to perform together, but the bandleader asked if they could postpone the team-up until Milan “because we gotta get up at like 2 in the morning, and you guys are going on at midnight.

“But Dave [Grohl] wasn’t having it,” Rodgers continued. “He called me and he says, ‘Nile, I was putting on a suit so that I could look like Chic and enjoy the show.'”

Rodgers finished his story with a brief mission statement: “Well, if you know anything about Chic, we play dance music!”

The Wembley Stadium is the first of two star-studded Hawkins tribute concerts. The second will take place on Sept. 27 at Los Angeles’ Kia Forum.

From the one-man-band debut to their sprawling, chart-topping classics, a look at the studio releases by Dave Grohl and band.