Josh Klinghoffer Felt Like a ‘Fraud’ at Chili Peppers’ Induction 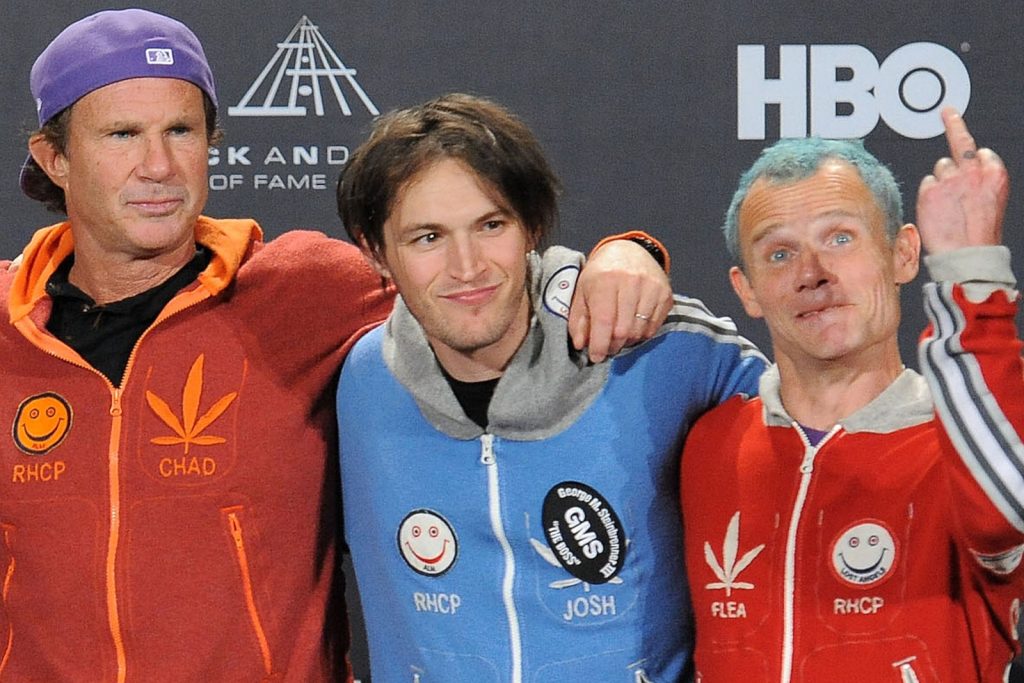 Josh Klinghoffer was inducted into the Rock & Roll Hall of Fame in 2012 as a member of Red Hot Chili Peppers, but the guitarist has admitted he wasn’t comfortable with the proceedings.

“I don’t pay attention much to the Hall of Fame because it’s such a technicality that I’m in there,” Klinghoffer revealed during an appearance on the Tuna on Toast With Stryker podcast. “I didn’t do the wonderful things that [the rest of the band did].”

“At the time it was only a two-year run,” he recalled. “So I felt like a bit of a fraud being up there.”

Three guitarists – Klinghoffer, Frusciante and founding guitarist Hillel Slovak – were officially inducted into the Hall for their work with the Chili Peppers, while Dave Navarro and Jack Sherman were left out. At the time, Klinghoffer was the youngest person inducted into the Rock & Roll Hall of Fame, a distinction that has since been taken by Nine Inch Nails drummer Ilan Rubin.

“To me, it’s kind of a funny thing to give awards for creativity like that, but obviously everyone who’s in the Hall deserves it,” Klinghoffer asserted, adding that “rock ‘n’ roll, the thing that we all love, deserves a museum.” The guitarist was dismissed from Red Hot Chili Peppers in 2019 as Frusciante returned to the group. He’s since been involved in various other projects, performing with Pearl Jam, contributing to Eddie Vedder’s solo album and releasing material under the name Pluralone.