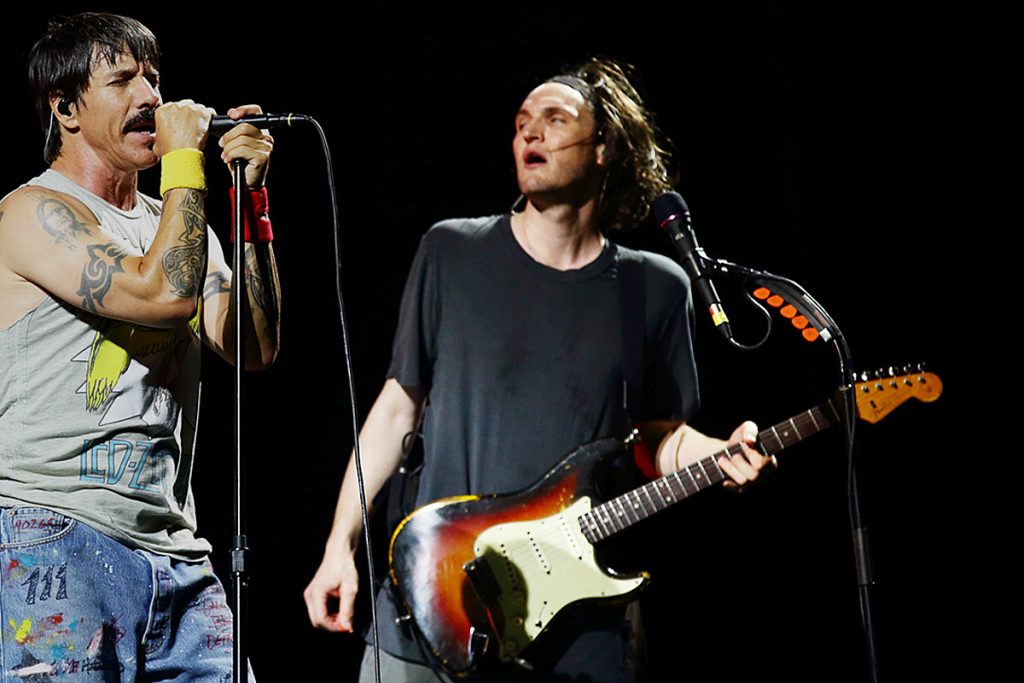 Josh Klinghoffer admits he’s “sad” that the album he’d been writing with the Red Hot Chill Peppers will be scrapped in favor of new material with returned guitarist John Frusciante.

Klinghoffer’s 10-year stint with the band came to an end recently as they reunited with their former member, and drummer Chad Smith then confirmed new material was underway.

Asked if he thought the Chili Peppers would abandon the work they’d done with him, Klinghoffer told Rolling Stone: “All of it.” Asked how that made him feel, he replied: “Sad. I’m Zen in the fact that at the end of the day, I respect any of their decisions and I’m happy for them and I’m glad that they’re playing together and doing what they’re doing.”

He reported that they hadn’t got as far as recording anything, but that the work so far had been influenced by his hope of making “raw-sounding, energetic Chili Peppers music.” He added: “There’s a part of me that wanted them to sound like they sounded in 1986 maybe with two or three beautiful ballads on a record, but basically I was always trying to get them to sound like The Uplift Mofo Party Plan tour. That’s my one regret… in some way, it’s like the records that we made during my tenure in the band were my responsibility and it’s … I don’t necessarily know how much I had to do with it.”

Klinghoffer said he’d struggled to find a working relationship with Rick Rubin, who produced 2011’s I’m With You, and then encountered different problems with Danger Mouse (Brian Burton), an old friend who produced The Getaway. “That was the thing with Brian: We had done 40 or 50 songs and his production style is he likes to build songs from scratch and I was like, ‘We have all these songs.’ So he picked a few of ours that he liked. And then we came up with some from scratch with him in the studio, which was fun and cool. But the magic about the Chili Peppers is that – and it’s rarer and rarer these days – is it’s four guys in a room playing and then they more or less record them live. And that’s basically what I wanted to do. I just didn’t want to do it with [Rubin] who made me feel like the outsider and is the kind of person that doesn’t really have the ability or the care to nurture a new relationship.”

Returning to the split, he regretted that he’d failed to achieve “something that would’ve made this an impossibility” but reported that he retained emotional warmth for his former colleagues. “I had this amazing journey with those guys that was bringing me to this moment where it was ending,” he said. “I was able to just grab hold to the fact that I really, truly had a great deal of love and respect and gratitude for everything that they allowed me to experience with them the whole time. So the moment they told me, I was able to freeze that emotion and protect those feelings toward them and not be, a year later [if] my finances are getting tricky, be like, ‘Those guys!’”