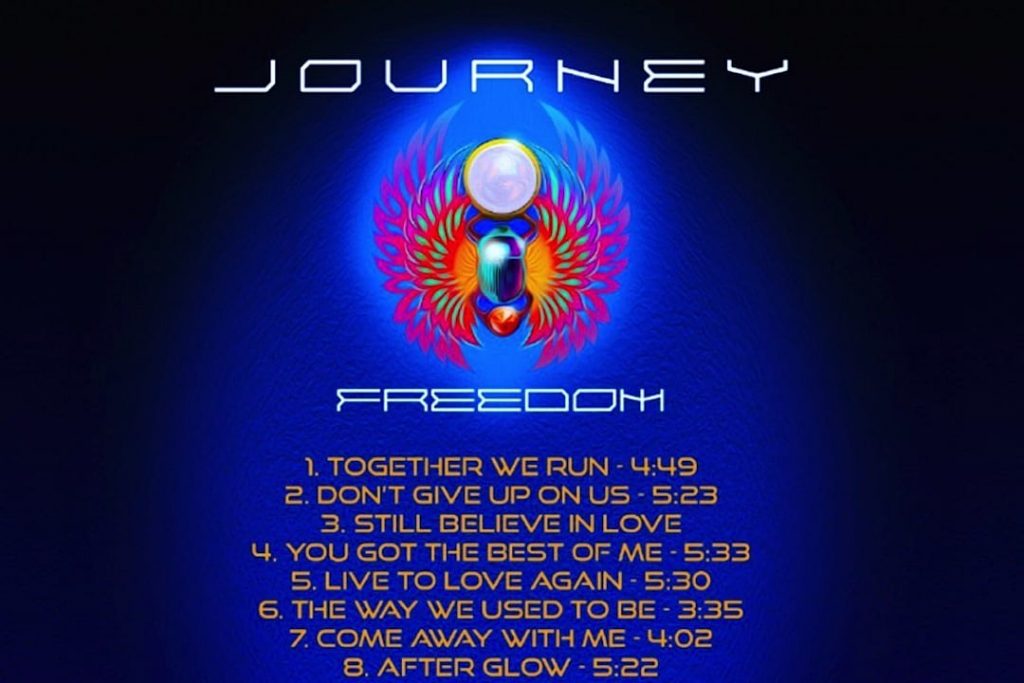 You can see the post and the full track listing below.

Journey have not announced a release date for Freedom, but it will mark their first studio album since 2011’s Eclipse. The album includes “The Way We Used to Be,” which the band released last June along with an animated music video.

Schon said the song “came out of one of the many loops I’d written while the long downtime continued with the pandemic we all had to deal with. … I laid down the keyboard loop with overdubbed rhythm and a little blues lead guitar and sent it to [keyboardist] Jonathan [Cain]. He sent it back very shortly after with demo vocals and lyrics, and I said to myself with a smile, ‘We’ve still got it!'”

Freedom is also the name of Journey’s upcoming North American tour, which launches on Feb. 22 in Pittsburgh. Toto will provide support for the entire trek. The band was originally scheduled to split opening duties with Billy Idol, but the punk rocker had to bow out of the tour to receive sinus surgery.