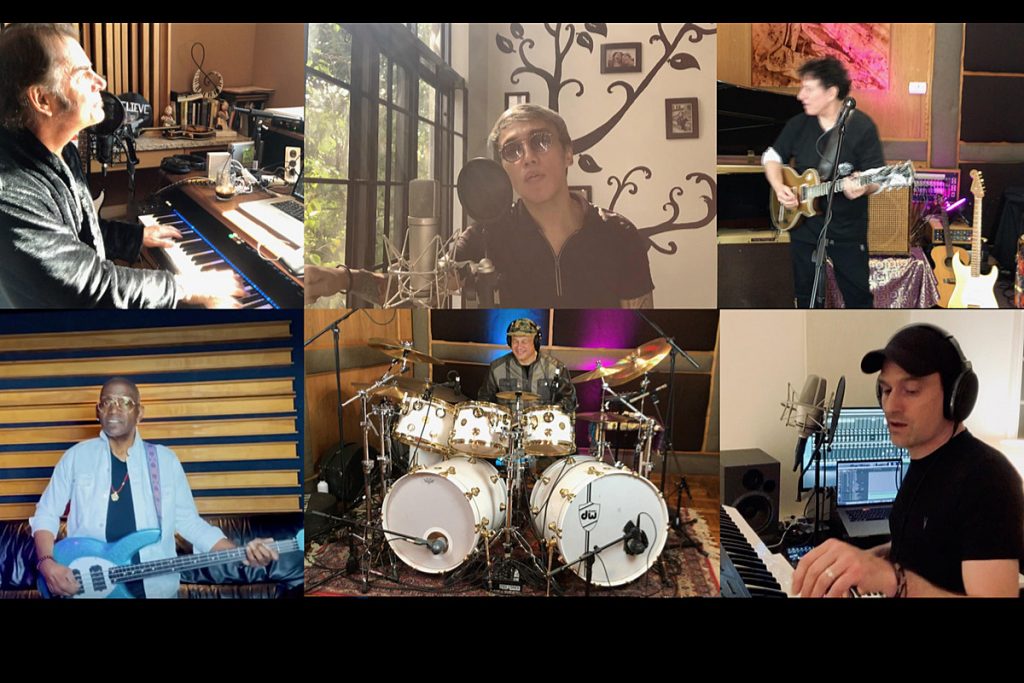 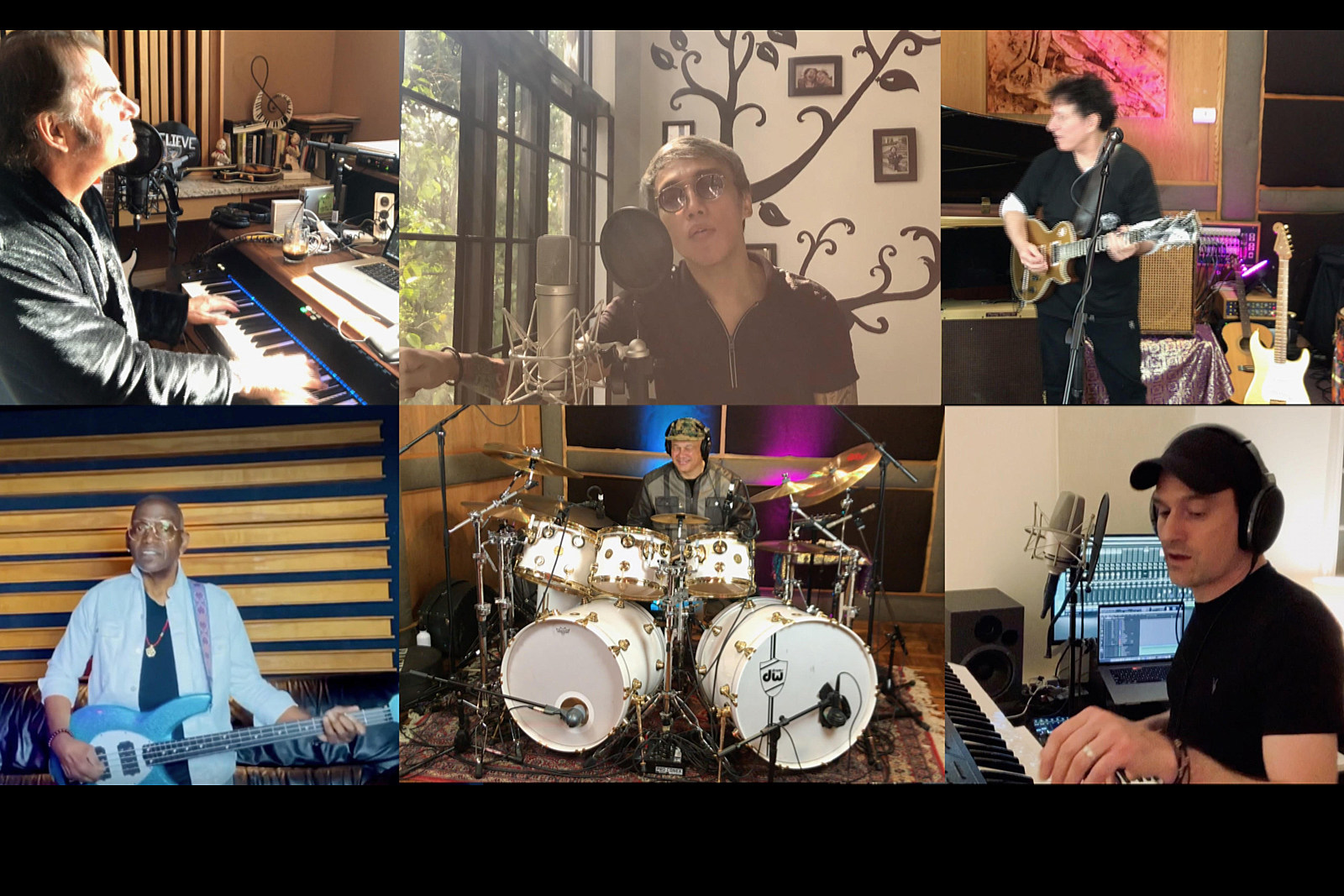 Journey unveiled their revamped lineup with a socially distanced performance of “Don’t Stop Believin'” during the Unicef: We Won’t Stop fundraising event on Saturday (May 23). Watch below.

Despite not being in the same room, the sextet managed to stay in-sync throughout the track. The new members all fit in seamlessly: Jackson, the longtime American Idol judge, added some aggressive downstrokes while standing in front of a couch; Walden nailed every second of the drum part, including the tricky cymbal accents; and Derlatka joined Cain for a dual-keyboard attack.

Journey brought on the new musicians after firing bassist Ross Valory and drummer Steve Smith earlier this year. (Valory was in the lineup from 1973 to 1985, then from 1995 through his firing. Smith served three stints as drummer starting in 1978.) Court documents filed by a lawyer representing Schon and Cain accused the ex-members of launching an “ill-conceived corporate coup d’etat” in an attempt to gain control of the band’s name.

In April, Valory countersued Schon and Cain, charging them with breach of contract and emotional distress. He is seeking “past and future compensatory damages” and requesting a judge decide on the future ownership of the band’s name.

Jackson was previously Journey’s bassist from 1985 to 1987, playing on the band’s 1986 LP, Raised on Radio. Walden has previously drummed in Mahavishnu Orchestra and with Jeff Beck, Robert Fripp and Tommy Bolin.

Derlatka — an Emmy-nominated composer who has written for shows like The Resident, Goliath, Perfect Harmony, House MD and Parenthood — previously played with Schon and Cain in November at a benefit show in Nashville. In March 2019, Derlatka accompanied Schon’s Journey Through Time band on a live version of “Faithfully.”

Schon enthused about the band’s new members on social media. “Ok Friends word is out ! [Randy Jackson] RJ the Big Dawg is our new Bass player again,” the guitarist tweeted. He continued, “Word is out ! Narada Michael Walden is our new drummer! Multi talented song writer producer / Mahavishnu orchestra … The J Boyz will have a new Strut.”

In response to a fan’s positive assertion that Journey “is just one of those bands that cannot sit still,” Schon wrote, “Couldn’t agree more. This is a completely new chapter for us and can’t wait to get to it!” He added, “Journey is an ever-changing unstoppable force.”

The guitarist also addressed why the band didn’t recruit drummer Deen Castronovo — their longest-tenured consecutive member, from 1998 to 2015 — noting to a fan, “Growing … Deen has moved on.”

Another fan tweeted that he’ll “be first in line if you record a new album,” to which Schon replied, “It’s coming already.” The band’s most recent studio LP, Eclipse, came out in 2011.