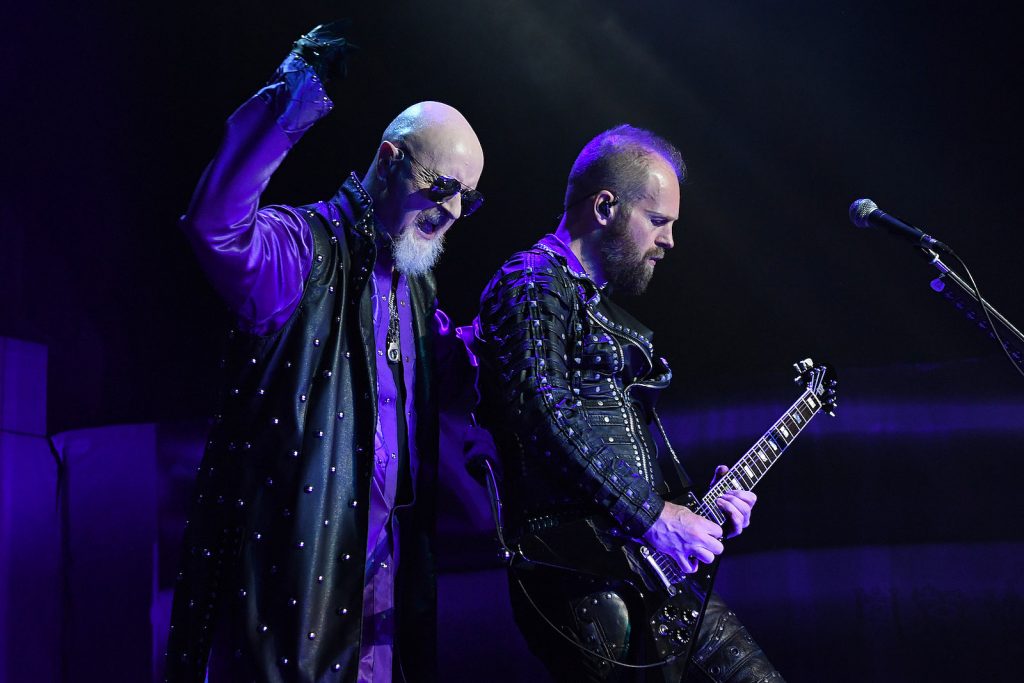 Judas Priest touring guitarist Andy Sneap said he finds the band’s plans to hit the road without him “incredibly disappointing,” but he nevertheless respects their decision.

The British metallurgists recently announced they will play as a quartet for the first time since 1974 when they resume their ongoing 50 Heavy Metal Years tour in March. Sneap, who began touring with the band in 2018 and co-produced that year’s Firepower album, will not be joining them on the trek.

“Big thanks to Andy for all you’ve done and continuing to be in the production team for our new album,” the band said in a statement.

Sneap was apparently not enthusiastic about the decision. “Rob [Halford] called me last Monday and said they wanted to move on as a four-piece, which I find incredibly disappointing after this amount of time, but I respect his decision, as they obviously have a vision how they want this to play out,” he told Blabbermouth in a statement.

“This always was a temporary situation, and like I’ve said before, I’ll always help the band any way I can, and that applies going forward also,” he added. “I’ve been a huge fan of the band since the early ’80s, and it was mind-blowing to play onstage with the guys and quite frankly terrifying in the beginning at such short notice.”

Sneap also indicated that he would still man the boards for Judas Priest’s next album, which does not yet have a title or release date. “We are moving forward with the new album next month and look forward to making a killer follow-up to Firepower,” he concluded.

Judas Priest were originally scheduled to kick off their 50 Heavy Metal Years tour in fall 2020, but were forced to postpone the trek due to the coronavirus pandemic. They embarked on the tour last August but once again had to postpone the dates after guitarist Richie Faulkner ruptured his aorta during a Sept. 26 performance at the Louder Than Life festival.

The embattled rockers are now scheduled to hit the road again on March 4, with occasional appearances from longtime guitarist Glenn Tipton, who bowed out of touring in 2018 following a Parkinson’s diagnosis but remains “actively involved” with the group.

“We are chomping at the British Steel bit to return to world touring,” Priest said in a statement. “Celebrating 50 years of Judas Priest as an even more powerful, relentless four-piece heavy metal band – with Glenn coming out onstage with us here and there as before.”

The Best Song on Every Judas Priest Album