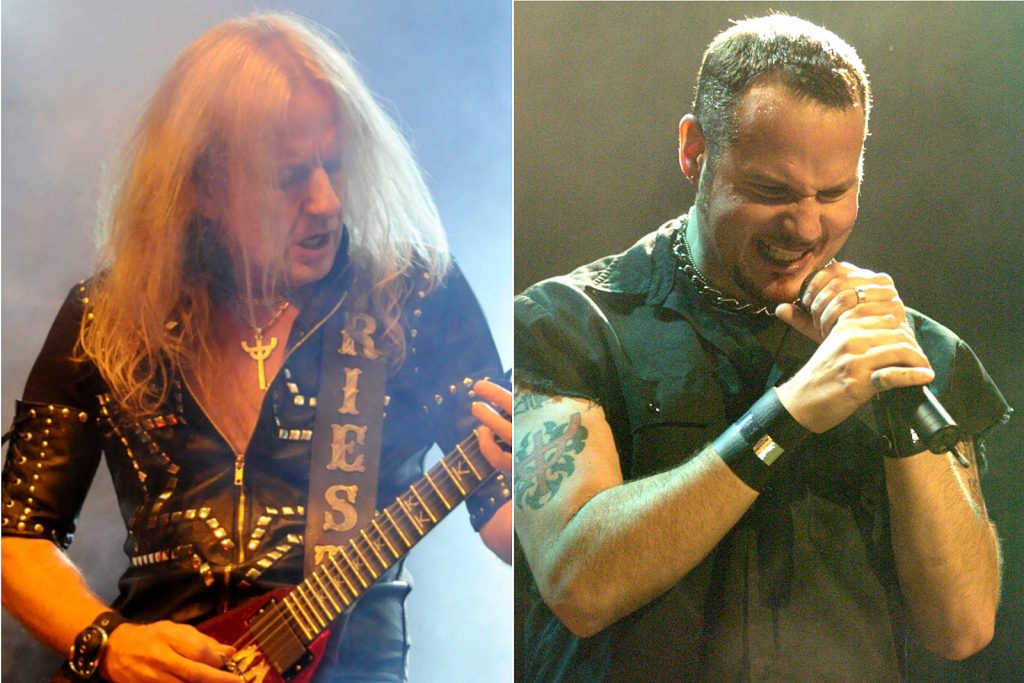 Former Judas Priest guitarist K.K. Downing admitted he’s disappointed that the band’s former vocalist, Tim “Ripper” Owens, is not among the members scheduled to be inducted into the Rock & Roll Hall of Fame.

“I’ve gotta be honest, I’m gutted that Ripper’s not in there,” Downing confessed during an interview with Danny Stoakes, “because he played an incredibly important role by holding, putting the glue on the machinery that held it together to keep the wheels of Judas Priest rolling.”

Owens joined Judas Priest in 1996, replacing Rob Halford, who had departed the group in 1992. With Ripper behind the mic, the metal giants released two studio albums: Jugulator (1997) and Demolition (2001). Halford returned in 2003 and has remained the frontman ever since. Still, Downing insisted Owens was worthy of inclusion in the Hall of Fame ceremony.

“I’m gutted that Ripper’s not out there, and he should be,” the guitarist opined. “And he will have his day, there’s not two ways about it.”

Downing — who quit Judas Priest in 2011 and was replaced by Richie Faulkner — started his own group, K.K.’s Priest, in 2020, featuring Owens on vocals. Still, the guitarist admitted he’s looking forward to being inducted alongside his former Priest bandmates, even if he’s not quite sure what his level of involvement will be.

“I don’t know what’s gonna happen. I don’t know how everybody feels,” Downing explained. “Up until [last week], it was just a thought in the back of the memory. But now the hurdle of being inducted has been jumped, so we’re on the other side of that now. Obviously, it remains feasible and possible, but I don’t know. Anything could happen between now and then. We’ll see what happens. But it is, I suppose, for all intents and purposes, a kind of celebration of everything that’s been achieved over many, many decades. And do we all wanna be a part of that celebration just for one night? We’ll see how everybody feels about that.”

For his part, Halford recently reaffirmed that Downing would be invited to perform with Judas Priest.

“As I said before, you’ve got to push aside anything that gets in the way,” the frontman explained to Rolling Stone. “You’ve got to remove the emotional clutter and just reference this great celebration.”