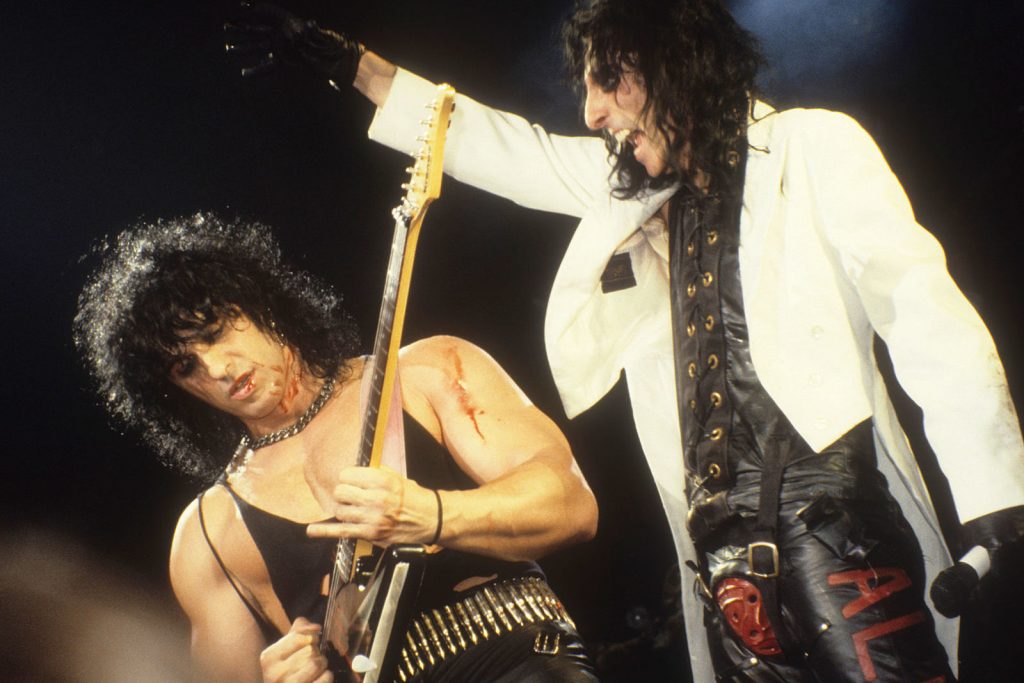 Kane Roberts is returning to Alice Cooper‘s band this fall.

The muscular guitarist, who performed in Cooper’s band in the mid-’80s, replaces Nita Strauss, who announced her departure from the group earlier this week.

“I’m looking forward to welcoming back Kane Roberts for our shows in September and October,” Cooper said in a press release. “We’ve been friends all this time, and he’s always been one of my favorite guitarists. He’s bringing more muscle to the Detroit Muscle Tour. We’ve always had a swinging door policy where players can come and go, so it’s very exciting to get back on stage with Kane. The fans are in for a real treat at these shows. It’s gonna be a blast. Kane Roberts, Ryan Roxie, and Tommy Henriksen on guitars? Hell yeah!”

After appearing on 1986’s Constrictor and 1987’s Raise Your Fist and Yell, Roberts released a self-titled solo debut album. After a 1991 follow-up named Saints and Sinners, he largely withdrew from the music industry, and has only released three albums in the past three decades.

“There was almost a calculated effort to see what he and I could each do, separately” Roberts said of his departure from Cooper in a 2019 Eon Music interview. “But I tell you something; he and I never stopped being best friends.”

The fall leg of Cooper’s Detroit Muscle tour kicks off Sept. 7 in Bethlehem, Pennsylvania. You can get complete date and ticket information at his official website.