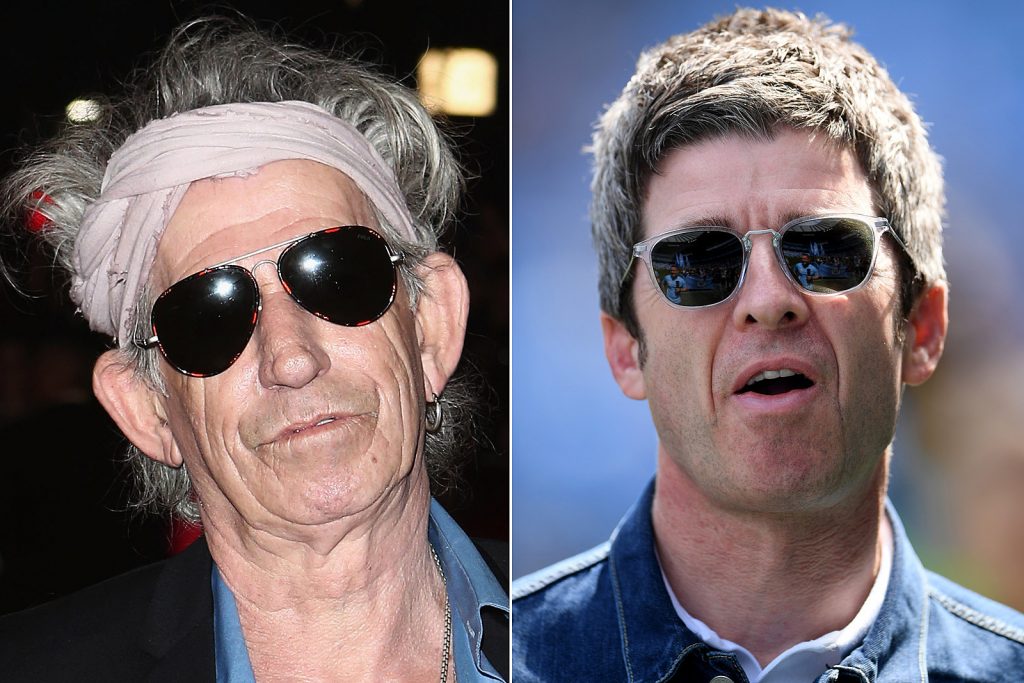 Noel Gallagher revealed that Keith Richards had once asked him whether Mick Jagger was a “bigger cunt” than Liam Gallagher.

The conversation took place when the Rolling Stones guitarist met his Oasis counterpart in the Bahamas one New Year’s Eve, as Gallagher explained on the U.K.’s Absolute Radio recently.

“I go up to the bar and there’s Keith Richards, looking exactly as you would imagine, scarf and a hat,” he said, then added that the first words spoken by the older musician were in the form of a lighthearted dig. “He suddenly turns around and says, ‘Ah, you’re still around, are you?’ … His second line was, ‘One thing I’ve always wanted to ask you: Who is the bigger cunt, your singer or mine?’ And I said, ‘Well, as your singer wrote some of the greatest lyrics of all time, I’m going to say mine.’”

The pair continued with the jibes. “[Richards] was like, ‘Your band, you were quite interesting there for a while,’ and I was like, ‘I could actually say the same to you,'” Gallagher said. “But he was great and such a dude. It kinda reaffirms your faith in all your heroes when you meet Keith, because he is the man.”

In the same interview, Gallagher shared his passion for U2 and his frustration at people who say they don’t like any of the Irish band’s work. “I’m like, ‘No, what you’re saying is you don’t like Bono, right? …You’re not telling me you don’t like one single note that they’ve ever done.’ It’s rubbish, it’s nonsense.” Asked why Bono was such a “divisive” character, Gallagher responded: “I’ve said this to him, so I’ll say it to you – nobody likes a do-gooder, nobody likes it. That’s why people like me, I’m a do-badder.”