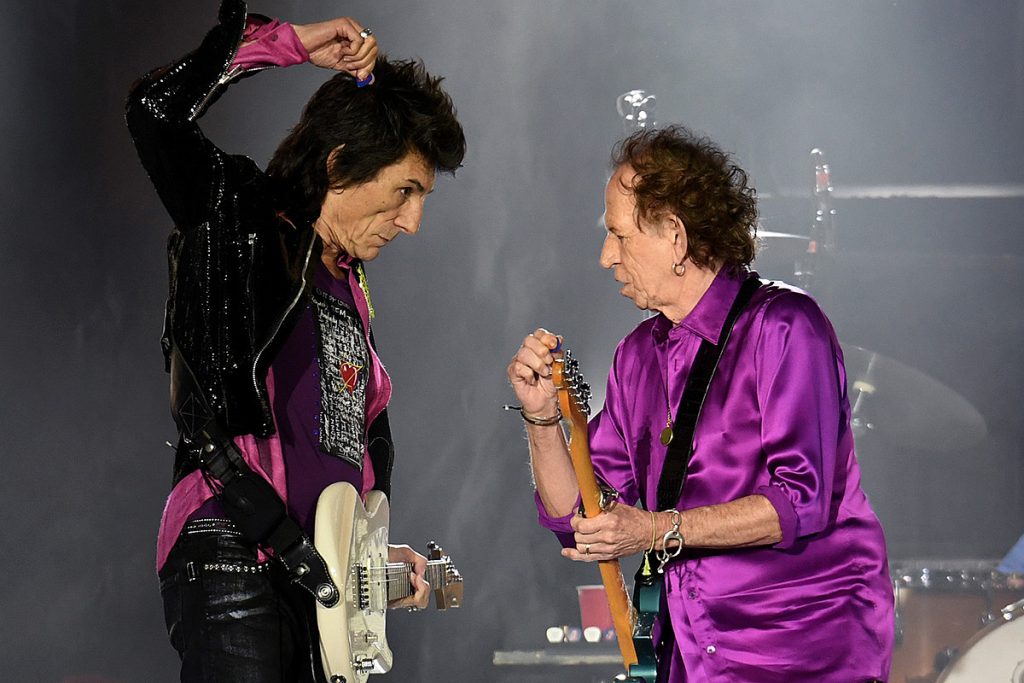 Ronnie Wood says Rolling Stones bandmate Keith Richards tried to make him feel like a “weakling” during his failed first attempt to give up drugs and alcohol.

Wood attended rehab for a time in 2005 and returned to work with the band a few months later, although he wound up falling off the wagon afterwards.

“I do remember going on stage clean for the first time,” he told Mojo in a new interview (via Music-News.com). “[I]t was at this club in Canada for the start of a tour. I was like this [terrified] and Mick [Jagger] whispered, ‘It’s alright, you can do it, don’t worry.’” He continued: “And Keith’s going, ‘Rehab’s for quitters!’ Trying to make out I was the weakling. But it takes a lot of strength to do this, if indeed I’m gonna be able to do it at all… there’s no guarantees.”

Wood, 72, finally managed to quit following an intervention in 2009 – but decided not to take the rehab approach. “You sometimes wonder if they want you to go out and drink again… it’s big money for them,” he said. “Do they want you to fall off the wagon and come back and pay them another huge amount of money? So I left rehab and did it for myself.” He added: “I felt I knew what to do – Fellowship. I did 90 meetings in 90 days and I did the same again. Didn’t need the rehab place – I did it through the meetings.”

In February 2019 Richards, 76, revealed he’d cleaned up himself to an extent. “I’ve knocked the hard stuff on the head,” he said. “I have a little wine with meals, and a Guinness or a beer or two, but otherwise no. It’s like heroin – the experiment is over.” He added: “Quitting heroin is like hell, but it’s a short hell… Cigarettes are just always there… I’ve managed to cut it down by a substantial amount every day, and I’m still working on it. Because I realized I don’t need it. I realized it’s just a useless habit.”