Kevin Cronin Looks Back at 50 Years With REO Speedwagon 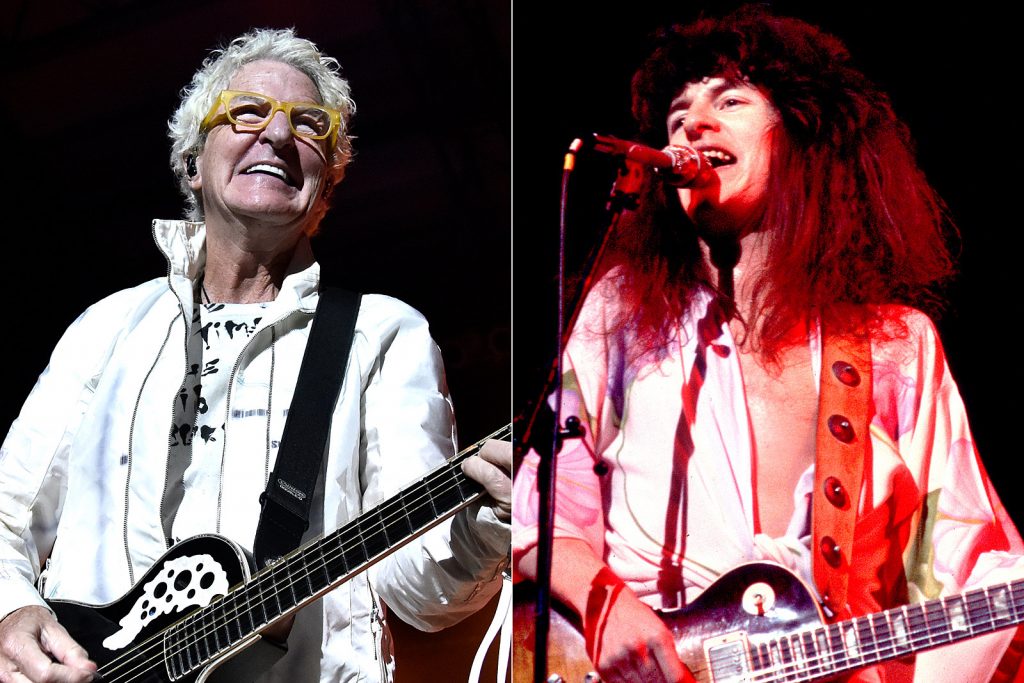 Kevin Cronin is celebrating 50 years of ridin’ the storm out with REO Speedwagon this year — an anniversary the frontman tells UCR crept up on him.

“That was an anniversary that didn’t even cross my radar screen,” Cronin says. “It didn’t dawn on me ’til we played some shows earlier in the year and that came up and I was like, ‘Wow!’ But, yeah, 50 years ago now is when I joined the band. I can’t even believe it. I was 20 years old. I was a baby! It’s pretty cool.”

Looking back at that auspicious occasion, Cronin acknowledges that a bit of subterfuge played a part in his boarding the Speedwagon.

He was in Chicago and in the midst of a transition during the early part of 1972. “I had a flyer up at the Chicago Guitar Gallery for a little venture that I started called the Musicians Referral Service,” Cronin recalls. “Basically I was just looking for some guys to join my band, ’cause we lost our guitar player and our bass player.” REO guitarist Gary Richrath, who died in 2015, was among those who came upon the flyer; at the time the group was preparing to record its second album and looking to take things up another level.

“[Richrath] called the Musician’s Referral Service, thinking it was this real thing when it was just me in my apartment on the north side of Chicago,” Cronin says. “He told me he had a band, they had a recording contract and were going down to Nashville to make their second album. He was looking for someone who could sing lead, play rhythm guitar and write songs. And in a nutshell, I told him that of the vast, hundreds of musicians on the Musicians Referral Service roster, I knew the guy for him.

“I figured the fact it was me would come to light at some point.”

The two met, and Cronin won over Richrath with two songs — the original “Music Man” and a cover of Elton John‘s “Holiday Inn” from the previous year’s Madman Across the Water album. “I thought I was the only one in the world who even knew that song – and so did Gary,” Cronin remembers. “It’s just incredible. Of all the songs I could have chosen to play that day I chose a song Gary loved and thought he was the only person in the world who ever heard it. So the combination of ‘Music Man’ and ‘Holiday Inn’ got me the gig, basically.”

“Music Man” and two other Cronin songs — “Let Me Ride” and “Being Kind (Can Hurt Someone Sometimes)” — wound up on R.E.O./T.W.O., which the group recorded in Nashville during the summer of 1972 and released that December. The album would go on to be certified gold, but Cronin’s first tenure with the band lasted just a year; he left during sessions for 1973’s Ridin’ the Storm Out album over creative differences but returned less than three years later in time for the R.E.O. album and the breakthrough Live: You Get What You Play For. He’s been a mainstay ever since, along with cofounder and keyboardist Neal Doughty. (Richrath had left the group in 1989.)

“I’m proud of us for our survival over the years,” says Cronin. “It’s not easy keeping a band together. Most bands I know have broken up at one time or another, some permanently, and we managed to keep it together even through the early ’90s, which were just really difficult years for all of the classic rock bands because these amazing bands came out of the Pacific Northwest — Nirvana, Pearl Jam — and just blew us out of the game. A lot of bands gave up but REO Speedwagon didn’t. We were playing clubs again. You had to swallow your pride and just love what you do. We were not ready to give up .. .and here we are, man, playing our music, playing great gigs. I guess this is the payback for 50 years of paying our dues.”

REO Speedwagon have been playing “Music Man” and “Like You Do” from the R.E.O./T.W.O. album this year and plan to continue when the group hits the road with Styx and Loverboy for a summer tour that starts May 31 in Grand Rapids, Mich. Cronin, meanwhile, will relate 50 odd years of REO adventures in a memoir that’s been turned into his literary agents and is awaiting publication information.

“I’m still working on it,” Cronin says. “I’m still making it better and just kind of tweaking things. For all interests and purposes, it’s finished, after over five years of work. I wrote the book myself. I didn’t have a ghostwriter or a helper. My wife helped a little bit, but I’m just waiting to see what happens next.”