Kinks Try to Find Themselves on Self-Titled Debut 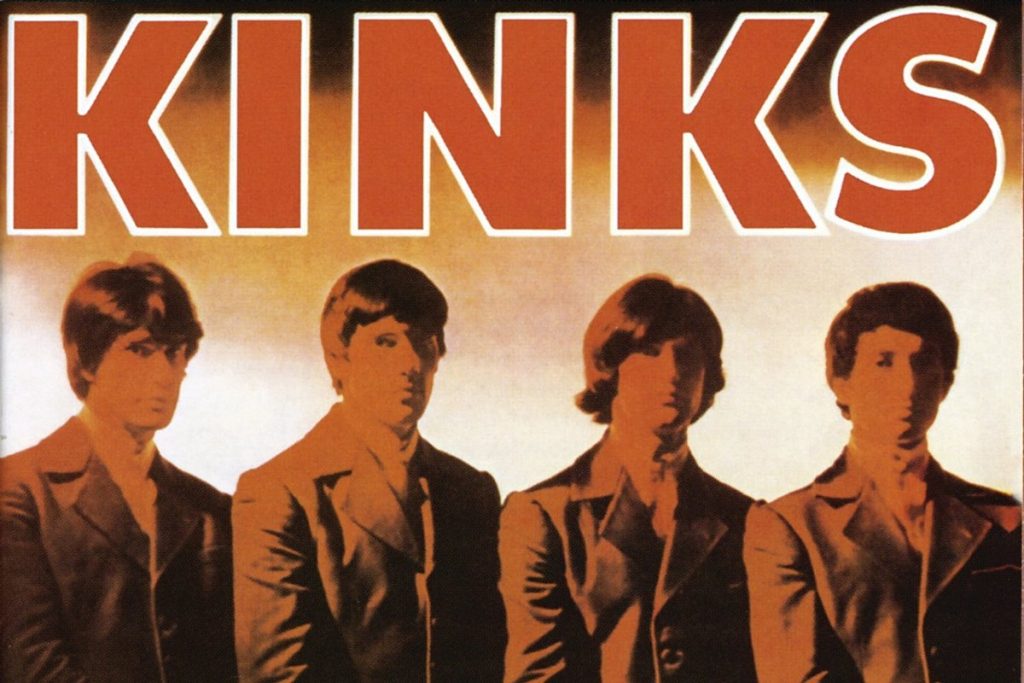 Released on Oct. 2, 1964, the project can’t help but be defined by its biggest single, a career-making and genre-defining triumph. But there really is more to The Kinks than its best song, even if “You Really Got Me” will always be the principal fascination.

The song was already marching up the U.K. pop charts when Pye Records hustled the Kinks into the studio for a make-good studio album. Given just a week to complete things, Ray Davies worked in a striking series of styles, more than making up for his lack of experience with a bold sense of experimentalism.

The Kinks notched embryonic original successes on “Stop Your Sobbing” and “Just Can’t Go to Sleep,” pairing them with covers from a broad set of source material including early-rock gems (Chuck Berry‘s “Beautiful Delilah” and “Too Much Monkey Business,” and Bo Diddley’s “Cadillac“), an R&B number (Don Covay’s “Long Tall Shorty”) and a stone-cold blues (Slim Harpo’s “Got Love If You Want It“).

They placed “You Really Got Me” at the album’s midpoint, acknowledging its central place in their legacy. Good thing bassist Pete Quaife didn’t get his way.

“He said he didn’t care for it,” Davies told the Washington Post in 2014. “It didn’t sound commercial enough for him — not pop enough. Then I played it for the rest of the band in the front room of my family’s house in London. Everyone liked it. I wanted it to sound coarse, the way we came across through club speakers that couldn’t handle the volume.”

That’s where Ray’s brother Dave Davies came in, completing things with one of rock’s nastiest early riffs. That ragged sound, so furious and so new, grew out of a moment of heartbroken anger.

“I came across this little amplifier that was in a radio shop two doors up from where we lived,” Dave told Music Radar in 2017. “It was a 10-watt Elpico amp, and I plugged it in and I couldn’t get a sound out of it. I’d had an argument with my girlfriend that day, so I was feeling in a bit of a mood as well, so I got hold of a razor blade and I just slashed the cone. I don’t know what I was thinking! I didn’t expect it to work, but I plugged it in and it came out with that raspy, edgy, distorted sound and I thought, ‘Wow!'”

Listen to the Kinks’ ‘You Really Got Me’

Ray noted that the rather nerdy Kinks’ essential naivety worked as a strength on “You Really Got Me,” as he also inserted an offbeat key change – from G to A, rather than the expected G to C or D. “If I’d been an accomplished songwriter, I wouldn’t have written it in the key I did,” he told Rock Cellar in 2015, “and I probably wouldn’t have made that shift, which was quite revolutionary but became common after we did it.”

“You Really Got Me” became the Kinks’ first No. 1, remaining atop the U.K. charts for two weeks; the single later went Top 10 in the U.S. too. Several subsequent songs employed distorted-out power chords that directly traced back to “You Really Got Me” – including the Rolling Stones‘ “Satisfaction,” the Yardbirds‘ “Heart Full of Soul” and the Beatles‘ “Think for Yourself,” among others. The Who also tried to out-Kink the Kinks with “I Can’t Explain.”

Still, for a time, they struggled to find their place in the rock firmament. “I don’t think we were taken very seriously from the start,” Ray told the Daily Mail in 2015. “I remember Mick Jagger‘s jaw dropping the first time he saw us. He couldn’t believe that four such uncool people could have a bigger hit than he did.”

“You Really Got Me” changed everything, and Dave never got over hearing it on the radio: “It sounded and felt so real, so positive, so powerful, seductive and hypnotic – as if the earthiness could cut through walls,” he wrote in 1996’s Kink: An Autobiography.

Despite those successes, however, The Kinks was marred by the very thing that occasionally made it so intriguing: The group didn’t know who they were yet. How else to explain a novelty track like “I Took My Baby Home,” much less the inclusion of not one but two songs composed by producer Shel Talmy on The Kinks – including the deeply questionable “I’ve Been Driving on Bald Mountain.”

Listen to the Kinks’ ‘Stop Your Sobbing’

At this point, they were also still victims of record-label whims like the equally unfortunate album liner notes, which turned on the repeated letter K in their name: “The Kinks, when they are knot making records or one-knight stands, are kampaigning to restore the K to its rightful and knoble place.” The late Quaife was particularly incensed: “The K thing was something somebody thought up and decided to shove another load for us to carry on our backs,” he said in Ray Davies: Not Like Everybody Else. “I began to hate the letter K!”

In fact, it was so early on that the Kinks hadn’t even completed their lineup yet. Longtime drummer Mick Avory, who’d already turned down an invite from the Rolling Stones, appeared on only five of the album’s 13 tracks.

“I wanted to join a rhythm and blues band, and at the moment, the Kinks was the right one, I suppose,” Avory told Modern Drummer in 1985. “We met up in a pub, and I went for an audition. It seemed to work out at the time, although I don’t know if it really did or not. I never found out if I passed the audition!”

Ray Davies ultimately completed the transformation into a treasured pop composer that began with The Kinks, but it took years. His roving eye would remain, as he led the Kinks on a thrilling musical journey that included stops in thematic song cycles and nervy New Wave, among other side roads.

First, however, they completed a leftover track from these sessions, “Tired of Waiting for You.” It eventually became the Kinks’ second U.K. No. 1 single.