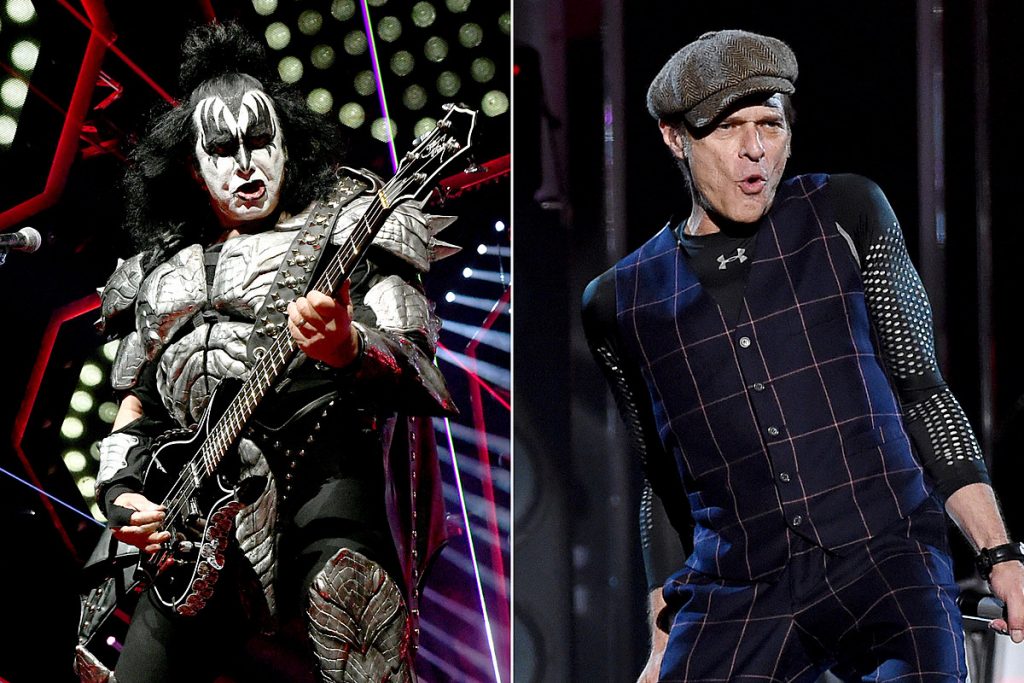 Kiss and David Lee Roth have postponed the remaining shows of the current leg of their North American tour due to concerns over the coronavirus pandemic.

There were only three dates remaining on this leg of the tour.

The show originally scheduled for tonight in Tulsa, Okla., will now take place on Oct. 4. The Lafayette, La., show planned for March 14 will now occur on Oct. 6, and the March 15 Bixoli, Miss., date has been moved to Oct. 7.

Kiss are currently scheduled to begin a month-long tour of South America on April 24; the two acts previously announced another five-week tour of North America kicking off Aug. 28 in Burgettstown, Pa.

In a Twitter post announcing the postponements, the band noted that the fall leg of the tour remains unchanged.

Earlier this week, Kiss announced they were canceling the meet-and-greet events that take place before each of their shows. “After many discussions with experts in the field, we have been advised to temporarily cancel these events given the reality that we do this nightly for a hundred or more fans,” they explained.

Kiss’ End of the Road farewell tour is scheduled to end on July 17, 2021, with a show at an as yet-undisclosed venue in New York City.

Kiss and Roth join a growing list of artists who have been forced to cancel or postpone tours or shows as a result of the increasingly widespread virus, which has had a dramatic effect on cultural and sporting events around the globe.