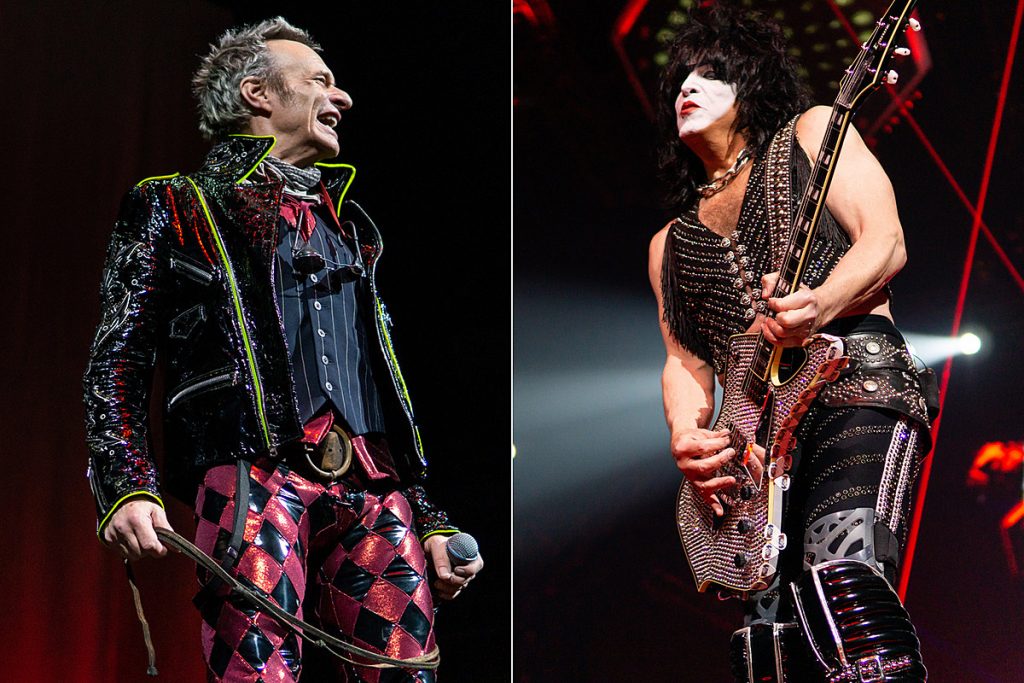 Just three shows into their tour together, Kiss and David Lee Roth are proving to be quite the tag team.

The soon-to-be-retired masked foursome and Van Halen‘s longtime singer brought the End of the Road tour to the KeyBank Center in Buffalo on Feb. 5. You can see exclusive photos and complete set lists from the show below.

Unlike his recent solo Las Vegas residency, Roth didn’t spend any time on storytelling; instead, he barreled through 11 Van Halen and solo songs in less than 45 minutes. His band sounded even more sharp and muscular than it did on opening night.

But Kiss didn’t travel through the snow and cold of upstate New York to be outdone. Operating on a slightly scaled-down but still dazzling version of their new stage show, Paul Stanley, Gene Simmons, Eric Singer and Tommy Thayer delivered a strong 21-song set. With the recent additions of “Tears Are Falling” and “Crazy Crazy Nights,” the set list is now almost a third filled with songs from the band’s ’80s catalog.

Kiss and Roth will remain on the road together for the next five weeks. The current leg of the tour wraps up in Biloxi, Miss., on March 15. Kiss will then spend much of the summer in South American and Brazil, before the two acts reunite and return to North America for another five-week stretch beginning Aug. 28 in Burgettstown, Penn. You can get complete ticket information at KissOnline.com.