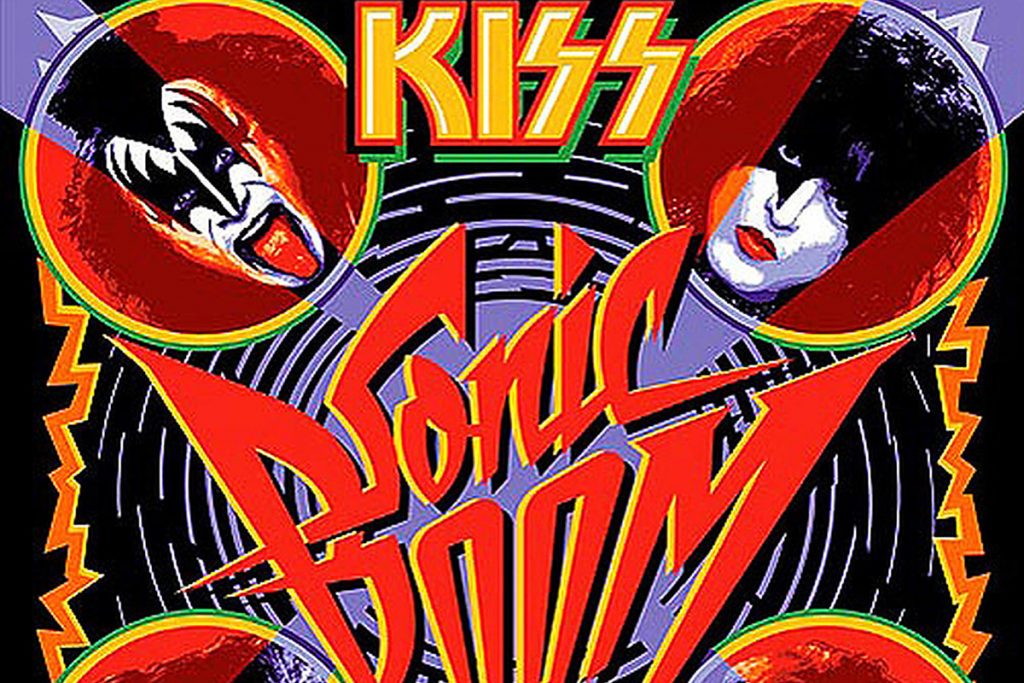 Before he agreed to let Kiss to end their decade-long studio exile with 2009’s Sonic Boom, Paul Stanley laid down some important ground rules.

Unlike some of the band’s more recent, often muddled records, there would be no trend-chasing, no ballads, and no outside songwriters or musicians. Most importantly, he needed to have final say.

“I was through second-guessing or being second-guessed,” Stanley explains in his 2014 biography Face the Music: A Life Exposed. “At least if we did something I loved, there would be one big fan regardless of what else happened.”

The band’s previous release, 1998’s Psycho Circus, found Stanley and fellow Kiss mainstay Gene Simmons attempting to bring their highly successful live reunion with founding members Peter Criss and Ace Frehley into the studio. While the record has more high than low points, the foursome were unable to agree on much past the fact that they couldn’t record together.

“Making (that) album was a disaster all around,” Stanley recalls. “Peter and Ace didn’t show up… instead of working with (them) we spent all our time talking to their attorneys. I wish their attorneys could have played on the album. It would have been cheaper.”

Instead, drummer Kevin Valentine played on all but one track, and past and future Kiss alumni Bruce Kulick and Tommy Thayer took Frehley’s place on lead guitar on all but three songs. Six of the album’s 10 songs feature at least one outside co-writer.

Also wary of repeating the mistakes made on past trend-chasing Kiss albums, such as 1981’s medieval-themed concept album Music From ‘The Elder,‘ 1987’s keyboard-heavy Crazy Nights or 1997’s grunge-imitating Carnival of Souls, Stanley insisted the band stay true to their original mission statement. “I never believed the world needed a second-rate Soundgarden, Metallica or Alice in Chains,” he declared in 2004’s Kiss: Behind the Mask. “I was dead-set against doing that kind of an album.”

In the end, the chance to show off Kiss’ harmonious new lineup was too much for Stanley to resist. Eric Singer, who played with the band for five years in the ’90s, returned to the group after Criss’ final departure in 2004. Former Black n’ Blue guitarist Tommy Thayer, who had been working with the group behind the scenes for years, including re-teaching both Criss and Frehley their parts prior to the original lineup’s reunion tour, took over on lead guitar in 2002.

The resulting lineup has gone on to be the longest-lasting in the group’s history, and for Stanley, marked a welcome return to professionalism and unity. “The band’s never been better,” he explained to Noisecreep in 2009. “And it really seems like a time where we could actually — if we put our minds to it — put something together that would be definitive and something we could be proud of.”

Plus, he wanted to end the band’s studio career on a higher note. “I thought it would be a shame to let Psycho Circus be our final statement,” he stated in Face the Music.

So in the summer of 2009 the band got together and assembled an 11-track album of original, uptempo songs, every one written and performed exclusively by some combination of the four band members.

“It was a very quick process,” Stanley told Noisecreep. “It was written very quickly. We didn’t want it to be brain surgery. We wanted it to be natural and organic. We did it that way and then we went and rehearsed and literally recording the album took six weeks. It’s rock ‘n’ roll, not rocket science.”

Released seven weeks before Sonic Boom‘s Oct. 6, 2009 street date, “Modern Day Delilah” was one of Kiss’ most instantly appealing singles in decades. It helped propel the album to the No. 2 spot on Billboard‘s sales charts, a record for the group. The song’s promotional clip packed all of the explosions, blood and fire of the band’s current stage show into four minutes of mayhem, and also found time to have Godzilla-sized versions of the makeup-wearing foursome strut around New York City, just like in the Rolling Stones‘ “Love is Strong” video.

Another Stanley-penned Sonic Boom song, “Say Yeah,” has become a permanent part of Kiss’ setlists over the years, even earning a spot on the band’s End of the Road farewell tour. In 2012 the group returned to the studio for another similarly tightly-focused album, Monster.

In a 2019 interview with 105.7 The X Rocks, Stanley says he considers both Sonic Boom and Monster “great albums,” and argues that because of the group’s previous history it will take years for them to be recognized properly. “It’s always interesting — when a song comes out, it’s competing with songs that have memories for people, and histories. ‘Lick It Up,’ now, is a classic song. ‘Psycho Circus’ is a classic song… it’s just interesting how it takes years for songs to get that patina, so to speak.”